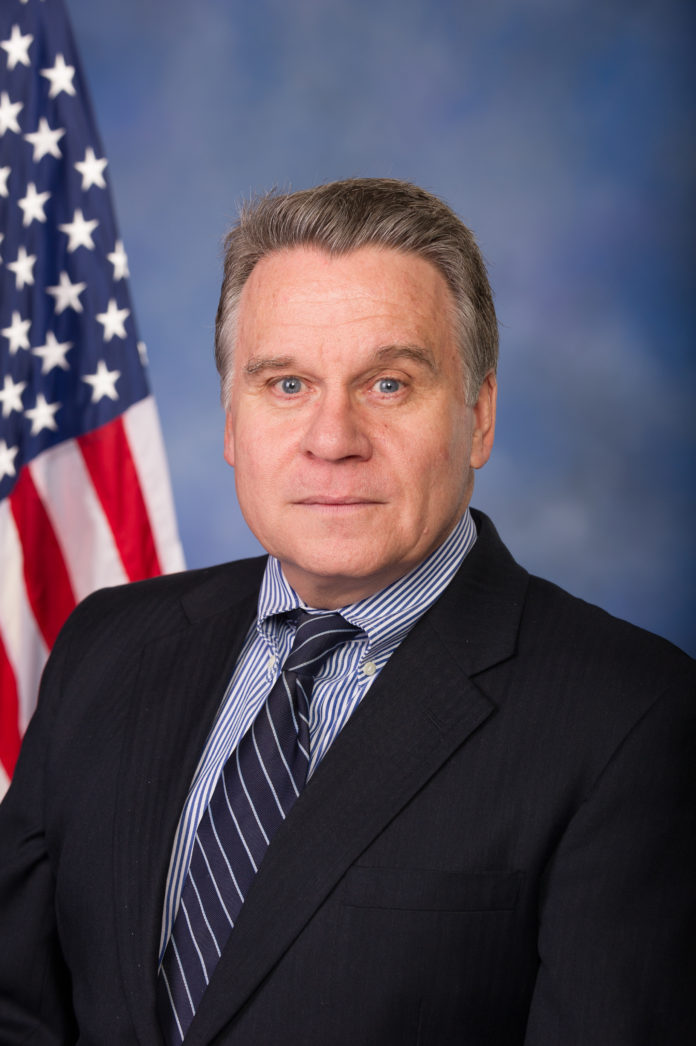 Rep. Chris Smith, the co-chair of the House Bipartisan Task Force for Combatting Antisemitism and representative of New Jersey’s 4th Congressional District, has sent a letter to Lufthansa Chairman and CEO Carsten Spohr demanding a meeting over the recent targeting of dozens of Jews on one of its flights.

The full text of the letter reads as follows:

As a founding member of both the U.S. House of Representatives’ Bipartisan Task Force for Combatting Antisemitism and the Inter-Parliamentary Task Force to Combat Online Antisemitism, I request a meeting, either virtually with you or with a senior Lufthansa
representative in-person, to seek an explanation as to the incident which occurred on May 4 on Lufthansa Flight 401 from JFK to Frankfurt, and the subsequent denial of boarding of passengers on LH 1334 from Frankfurt to Budapest. Such a meeting may include members of the New Jersey Jewish community who were personally impacted.

As I will be meeting with the Special Envoy to Monitor and Combat Antisemitism,
Ambassador Deborah Lipstadt, on Thursday, I request a response no later than Wednesday, May 18.

Having constituents who were on that flight, and after watching video evidence of the
interaction between Lufthansa flight crews and passengers, I write to express my utter disgust for the way in which my constituents and others on the flight were treated and request responses to several vexing questions.

Specifically, I would like an explanation as to the apparent exclusion of entire class of
passengers based on their Jewish heritage and distinctive clothing from an ongoing flight, and how this apparent collective punishment/blanket discrimination comports with Lufthansa’s anti-discrimination policies.

I was informed by one of my constituents that statements along the lines of “you Jews
made the problem” and, reportedly, “it was Jews who made the mess” were made by Lufthansa personnel.

Have you conducted an investigation as to who made the statements?

What remedial actions have been taken, both in terms of making customers who were deprived of boarding their connecting flight whole, including reimbursing them for additional costs incurred, and in terms of corrective personnel action and accountability?

Please also provide an explanation as to why Lufthansa deemed involving the police necessary, and what Lufthansa’s impression was as to the conduct of the police.

Ambassador Lipstadt has gone on record expressing her concern over the incident, which
she labels “classic antisemitism.” Based on the evidence before me, I concur in this assessment, and the behavior of Lufthansa personnel cries out for an explanation. 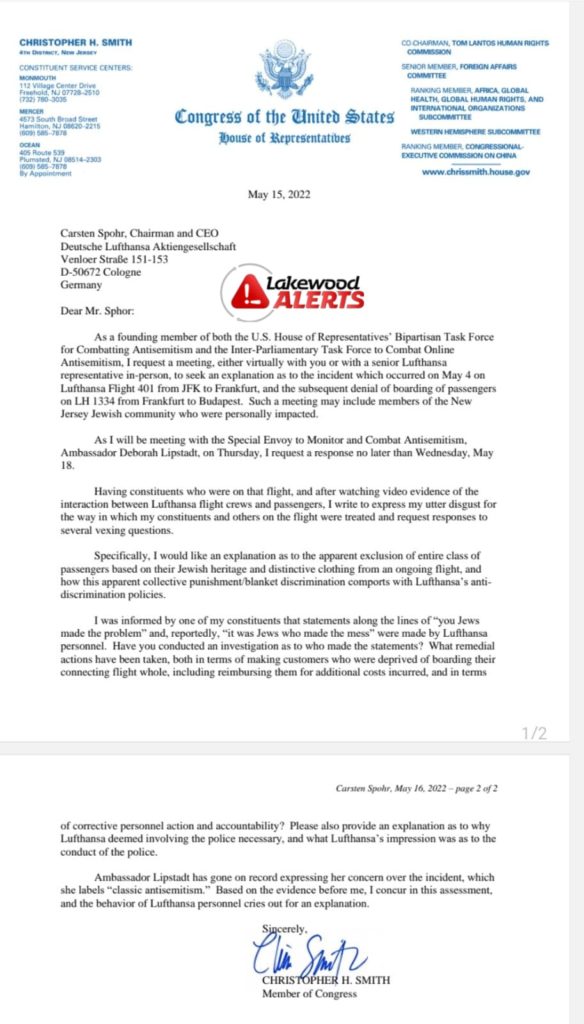