The Jackson GOP Club is being sued by its own members for refusing to recognize club members’ endorsement of Mike Reina for another term as mayor.

Reina’s endorsement came during the Club’s last meeting, when member Tzvi Herman made a motion for a floor-based vote to endorse Reina. A supermajority of members in attendance voted in favor, overriding the objections of Club president Todd Porter.

Porter said that the Club will not recognize the endorsement, which would give Reina access to the Club’s resources for the election, as it violates the organization’s bylaws.

Richard Egan and Shimshon Heller are now suing the Jackson GOP Club, stating that their rights are being violated by the Club’s refusal to recognize the endorsement.

They also argue in the lawsuit that Orthodox Jews are not being promoted to positions in the Club and Jackson Township, despite the rapid growth Orthodox Jewish residents in the Township, suggesting that discrimination may be a key factor.

“With the exception of just one Orthodox woman being placed on the screening committee on the 11th hour before Mayoral and Council screening interviews there has not been any open dialogue with the new members to bring anyone else into the executive board other than the usual hand-picked cronies of Glory and Porter,” the lawsuit states.

The lawsuit asks a judge to uphold Reina’s nomination and force the Jackson GOP Club to abide by it, as well as to seize a coffer of $40,000 being controlled by Clara Glory outside the Club’s purview. 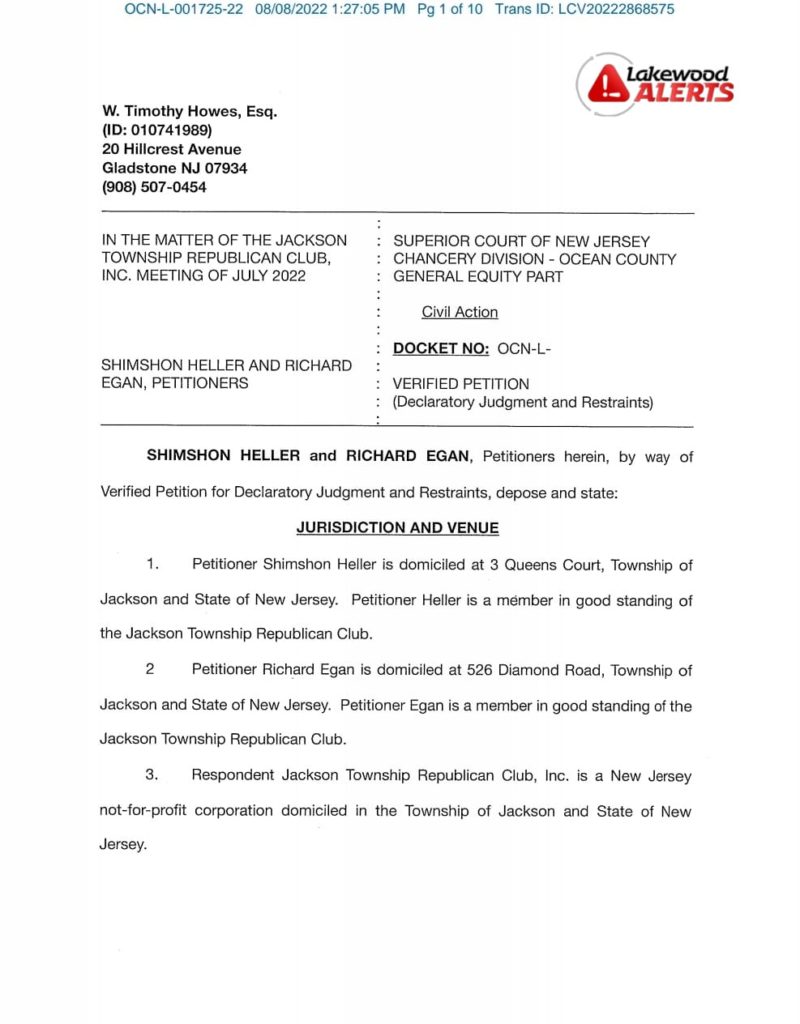 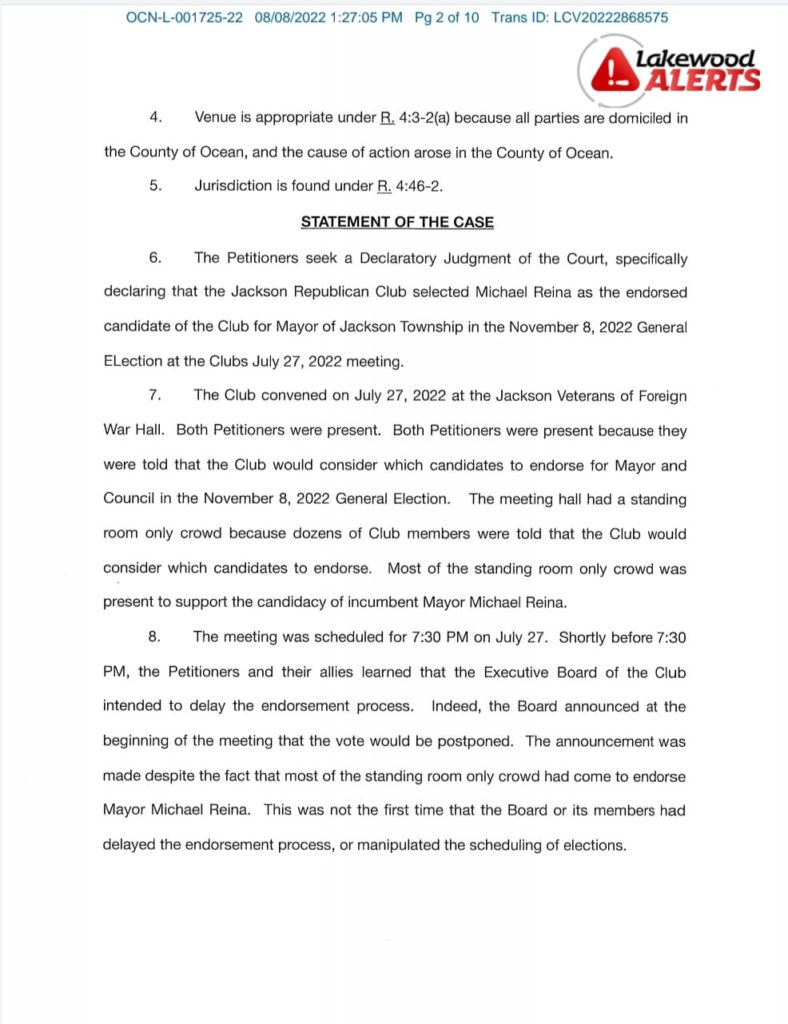 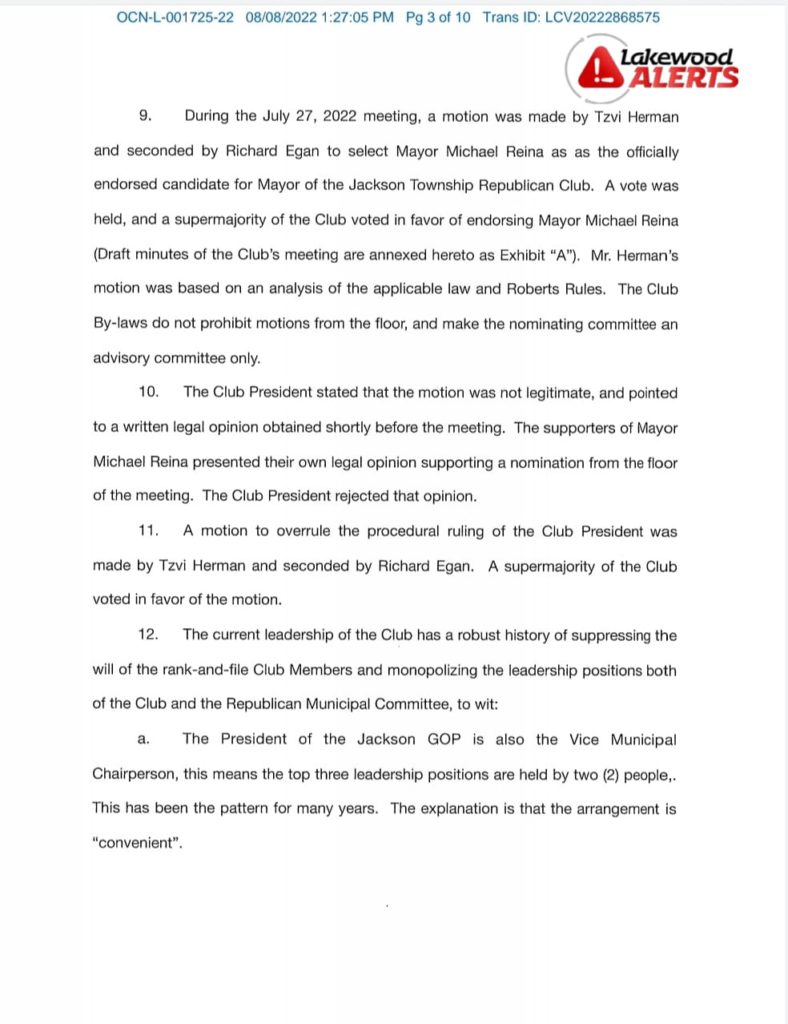 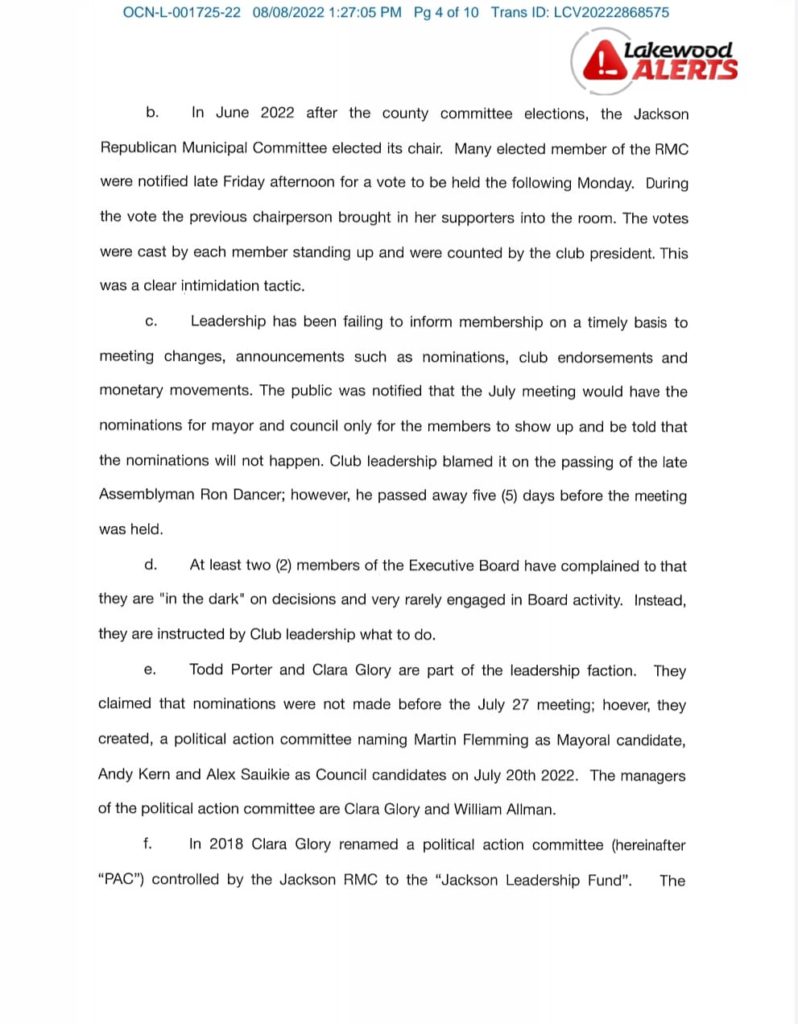 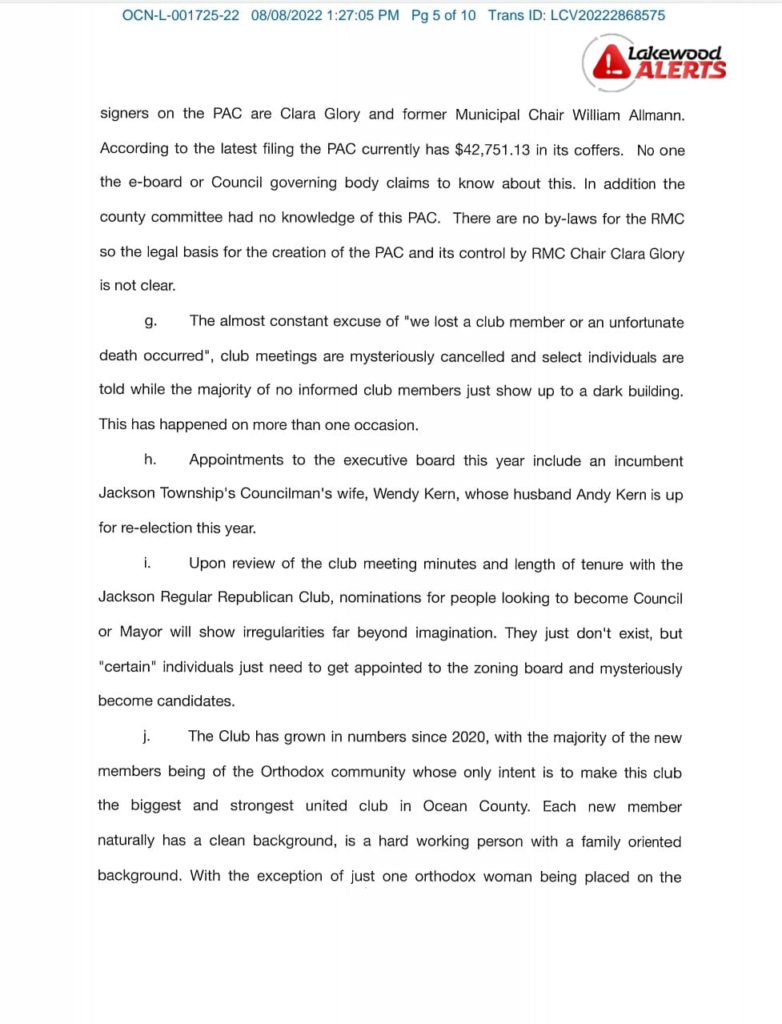 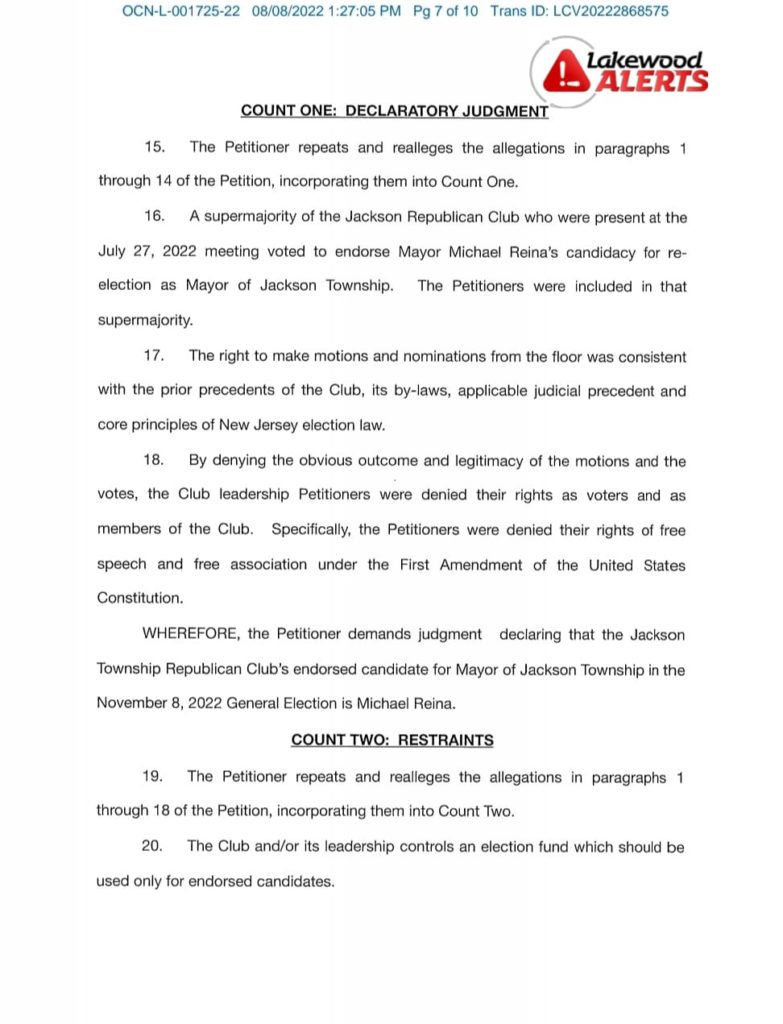 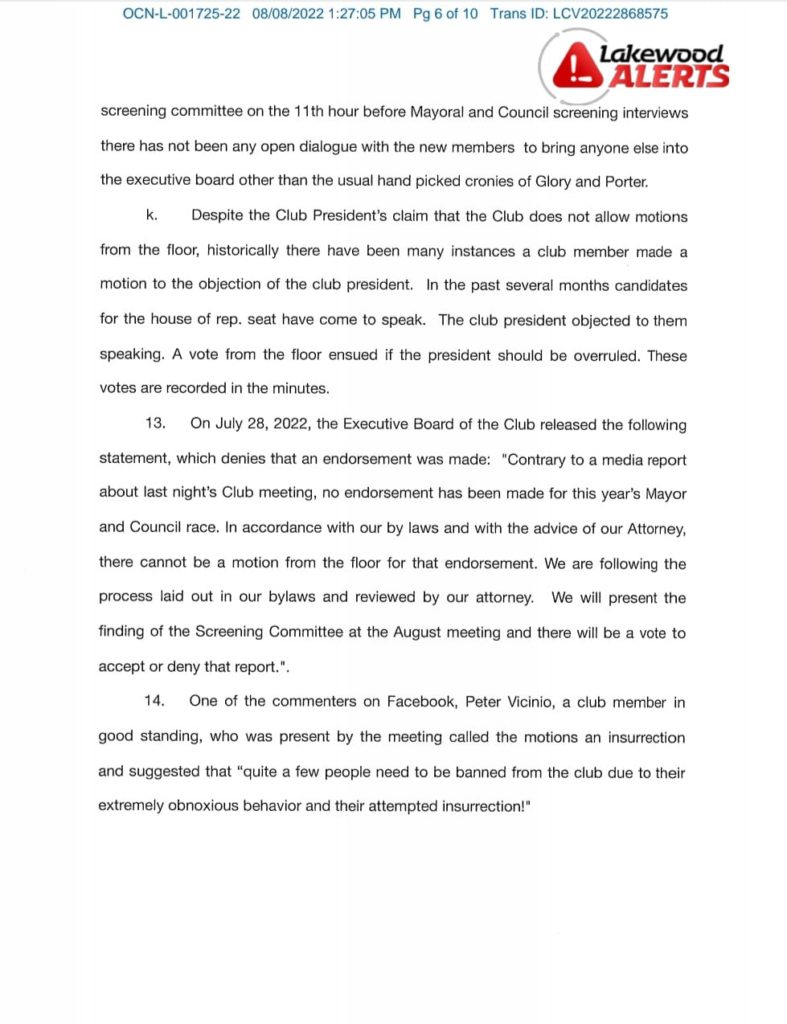 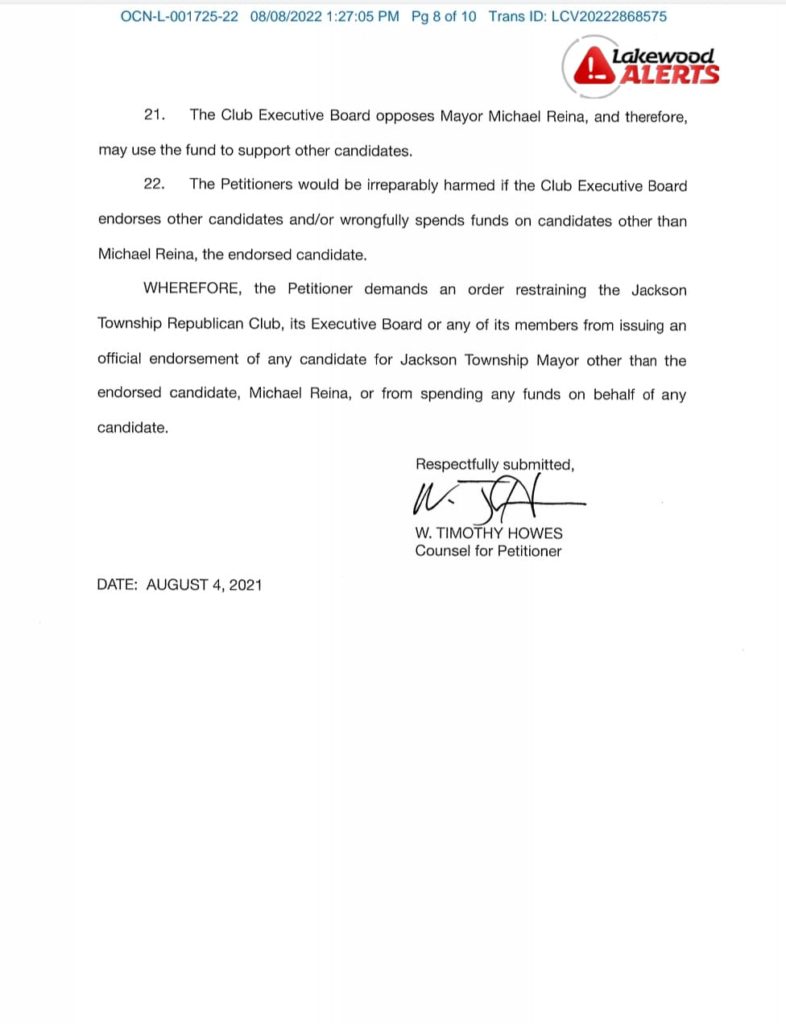