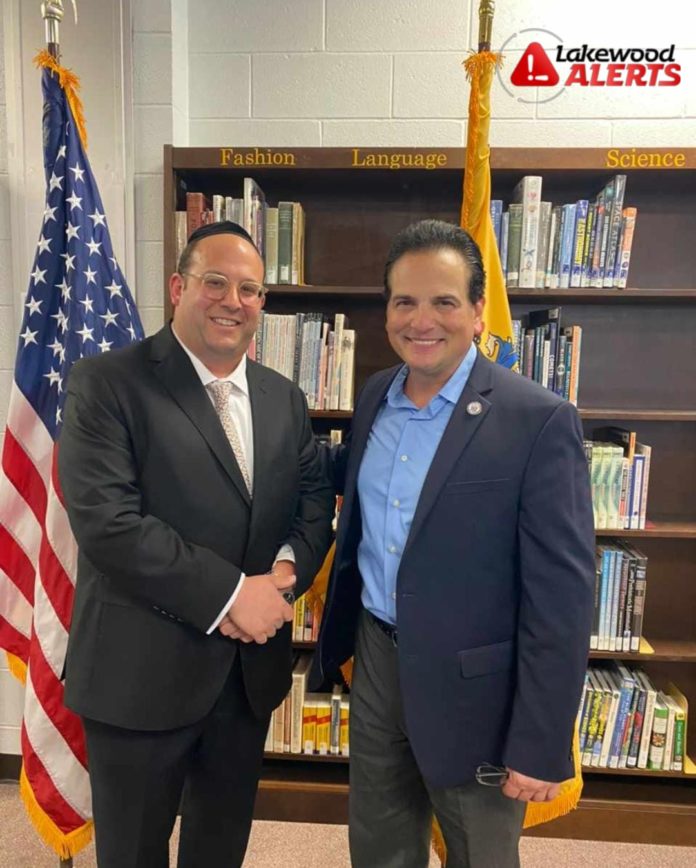 Rabbi Schnall said the highlights of the budget that most directly and significantly impact frum New Jersey residents are:

Rabbi Schnall also noted that this was the first budget in which new Senate President Nick Scutari presided.

“I was quite impressed with how he handled the process,” which is highly stressful considering the numerous competing interests attempting to influence budget allocations.

Following the signing ceremony, Rabbi Schnall met with Scutari, with the two getting to know each other and discussing various aspects of the budget.