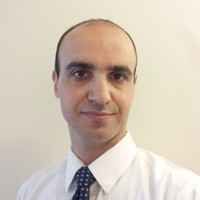 At the start of a federal trial on Monday, prosecutors accused a New Jersey man of being a “sleeper agent” for the Hezbollah terror group, including scouting possible targets in New York City.

Alexei Saab, 45, lived an otherwise normal life in Morristown and worked as a software engineer, but was also gathering intelligence on NYC landmarks, tunnels and bridges, prosecutors told the court.

“He posed as a regular guy. In reality, he was a sleeper agent for Hezbollah ready to strike,” said Assistant US Attorney Sam Adelsberg in his opening statement.

“He was sent by Hezbollah to set up a sleeper cell right here in this city,” Adelsberg said.

After being recruited by Hezbollah as a college student in Lebanon, Saab was sent to the US in the early 2000s with orders to kill Americans if the US attacked Iran – Hezbollah’s top ally.

The government says that between 2000 and 2005, Saab scouted out numerous landmarks in NYC, including the Brooklyn Bridge, George Washington Bridge, Midtown Tunnel, and even the courthouse where his trial is now taking place.

Saab was arrested in 2019 and charged with terrorism and other counts for aiding and abetting the Hezbollah terror group. He now faces decades in prison.