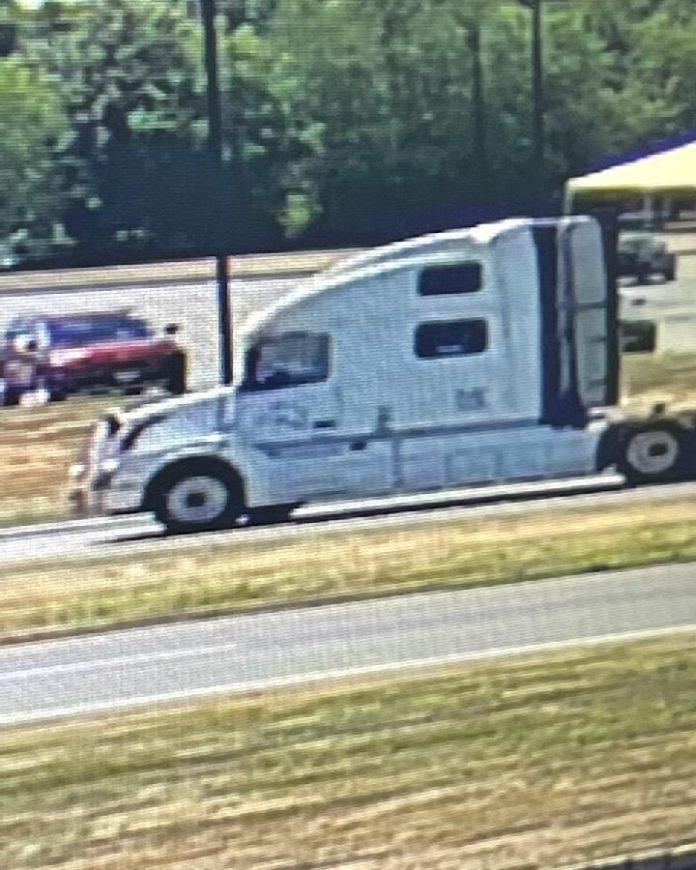 UPDATE: Police say they have located the truck and its occupants in Woodbridge. Authorities have not released many details, but it appears that the incident was a domestic dispute, not an abduction as feared. It isn’t publicly known whether anyone has been charged.

Police are frantically searching for the location of a white truck seen on a New Jersey highway Wednesday inside which a bloodied, beaten woman was seen screaming.

A driver spotted the woman inside the truck’s cabin as it was parked along Route 130 in South Brunswick at around 2 pm. The passing driver said a woman called out for help before a man dragged her back inside the cabin.

The truck then left the area and got off Route 130 at the Ridge Road exit. It hasn’t been seen since.

The woman is believed to be a 20-something white or Hispanic woman with long brown hair. She was wearing a brown flannel shirt at the time of the incident. The truck driver was described as an older white man who is bald and has a white beard. At the time, he was wearing a blue shirt.

The truck was identified as a white Volvo tractor trailer cab with blue letters on the side.

Police on Wednesday night said they are following up on several leads. Anyone with info should call 732-329-4646.

Below is footage released by South Brunswick police showing the truck briefly stopping at the side of Route 130.