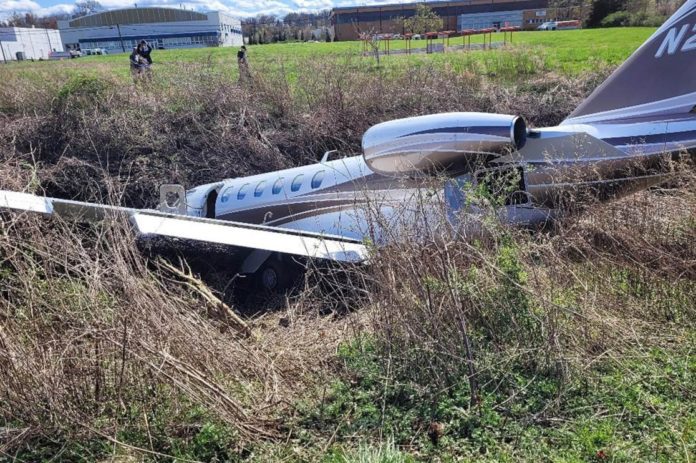 A private plane overshot a runway at Essex County Airport in New Jersey on Sunday, winding up in a drainage brook where it was leaking fuel.

The Citation CJ3 Plus was attempting to land at the airport when a strong crosswind kept the plane aloft for too long, resulting in it overshooting the runway and rolling through a patch of grass before coming to a stop in the ditch, police said.

The three passengers aboard the aircraft, which included the pilot, a second in command, and the owner, were all uninjured.

HazMat teams are working to stop the plane from continuing to leak fuel into the drainage ditch, which could have broader environmental implications.