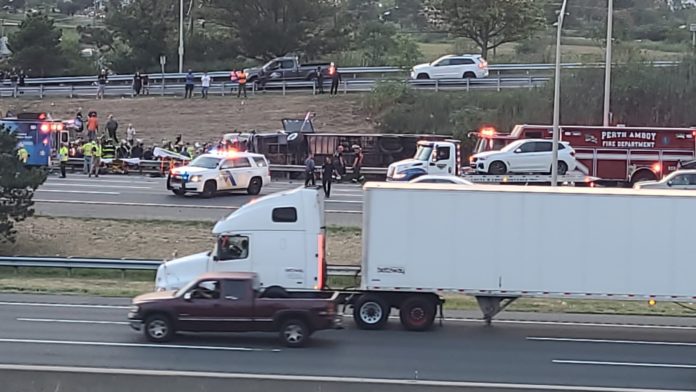 On Tuesday, August 9, at approximately 6:53 p.m., a Van Hool double-decker Coach bus, occupied by the driver and 22 passengers, was traveling southbound in the left lane of the outer roadway and a Ford F-150 was traveling in the left-center lane next to the bus. Based on the preliminary investigation, the bus driver lost directional control of the bus in the area of milepost 93.2 and struck the Ford. After the impact, the bus went off the road to the right, struck the guardrail, and overturned onto the Thomas Edison Service Area entrance ramp.

The crash remains under investigation and there is no additional information available. 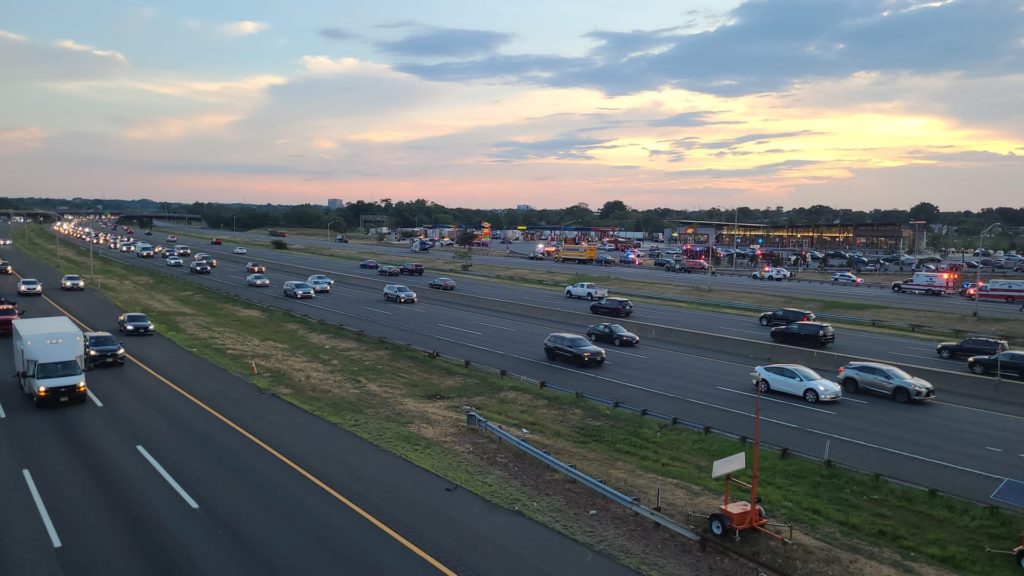 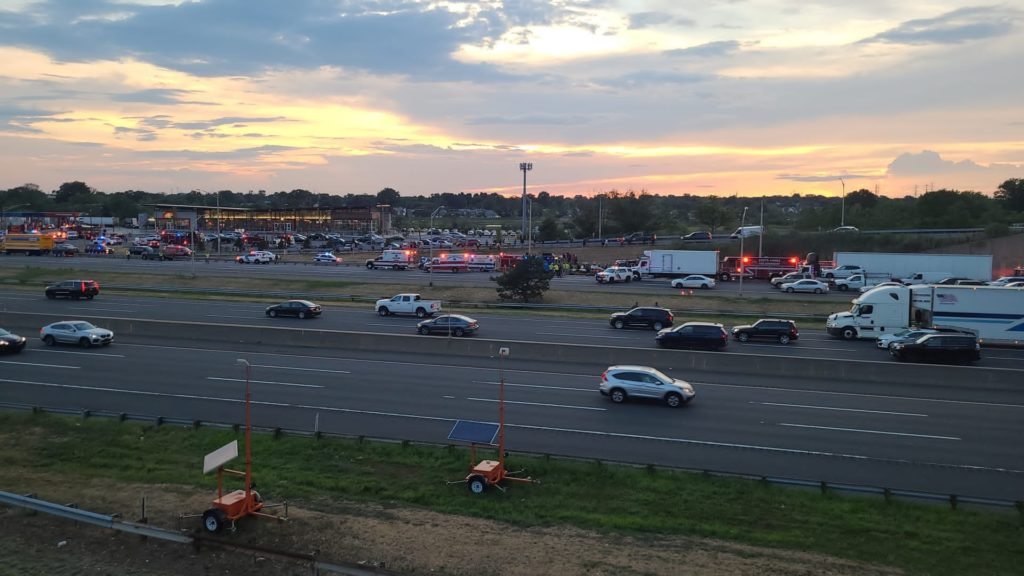