PHOTOS: Sheriff Golden Calls on Legislators to Clamp Down on Car Thefts 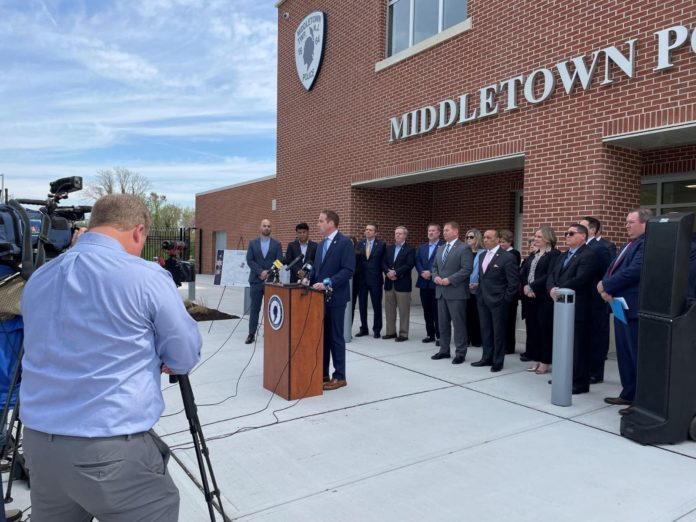 Sheriff Golden joined local and county officials on May 3 at the Middletown Police Department to address the significant rise in auto thefts across the State of NJ, including Monmouth County.

“The Monmouth County Sheriff’s Office, the Monmouth County Prosecutor’s Office and our partners in law enforcement have been tackling this issue from the onset, ” said Sheriff Shaun Golden. “It is not because of the lack of those efforts, but because of a failed system that must be addressed and fixed. This increase in auto thefts is unacceptable and we are calling on the State of New Jersey to enact stiffer penalties for offenders who commit these crimes.”

Sheriff Golden is specifically pressing the legislature and Governor to adopt a five point plan into law which includes:

1). A stepped up scale of mandatory bail and sentencing for re-offenders similar to a three strikes policy.

2.) A mandatory hold of re-offending juveniles who should receive mandatory education and counseling.

3) Increased mandatory penalties for criminal rings or enterprises that employee juveniles as mules in the commission of the crime.

5) Include a central transparency list of offenders and prosecutions to include publish arrests, re-arrests, court outcomes and sentences.

Monmouth County had 63 car thefts in the first quarter of 2021 and 129 car thefts the first quarter of 2022. In an effort to decrease these numbers the process of catch and release must end. In Marlboro Township, Sharrod Rogers was arrested in November of 2020 for auto theft and released in one day. That same individual was re-arrested in Newark at the end of March 2022, charged with killing two people in a stolen vehicle. This is an unfortunate example of an ongoing failed system and stiffer penalties must be enacted. 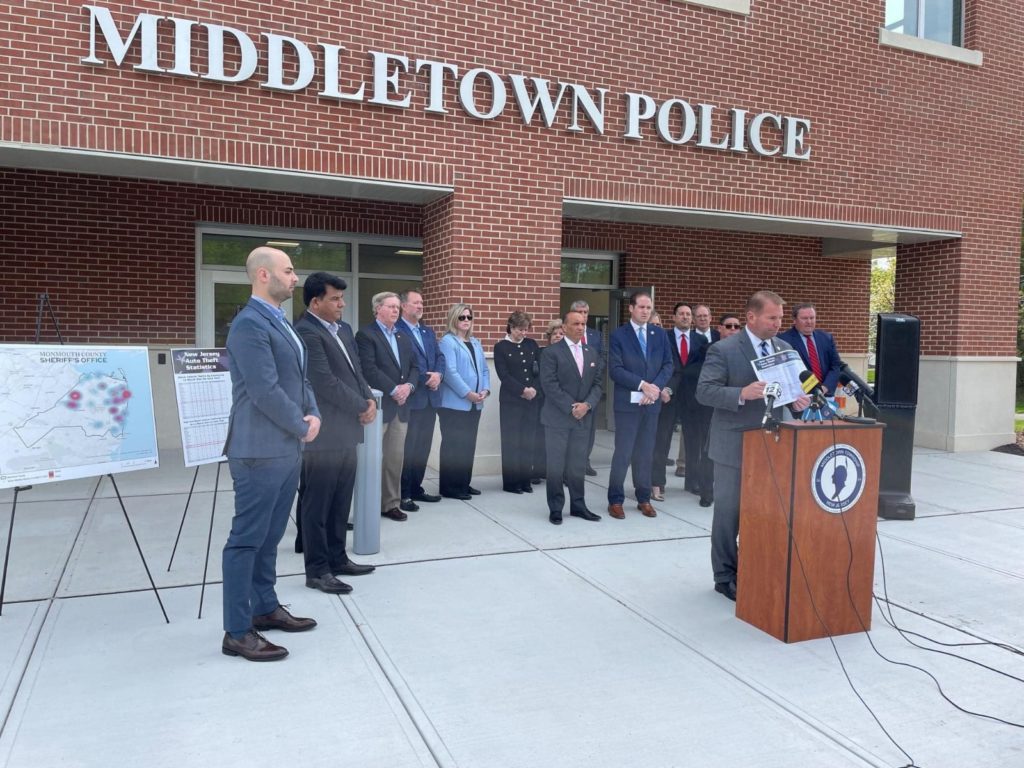 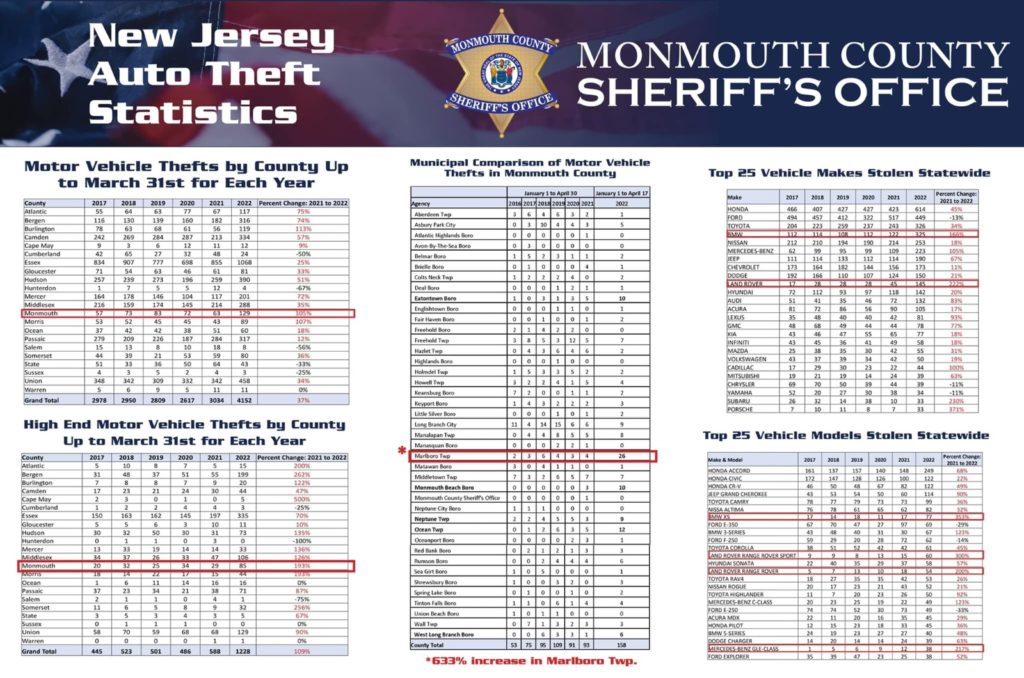 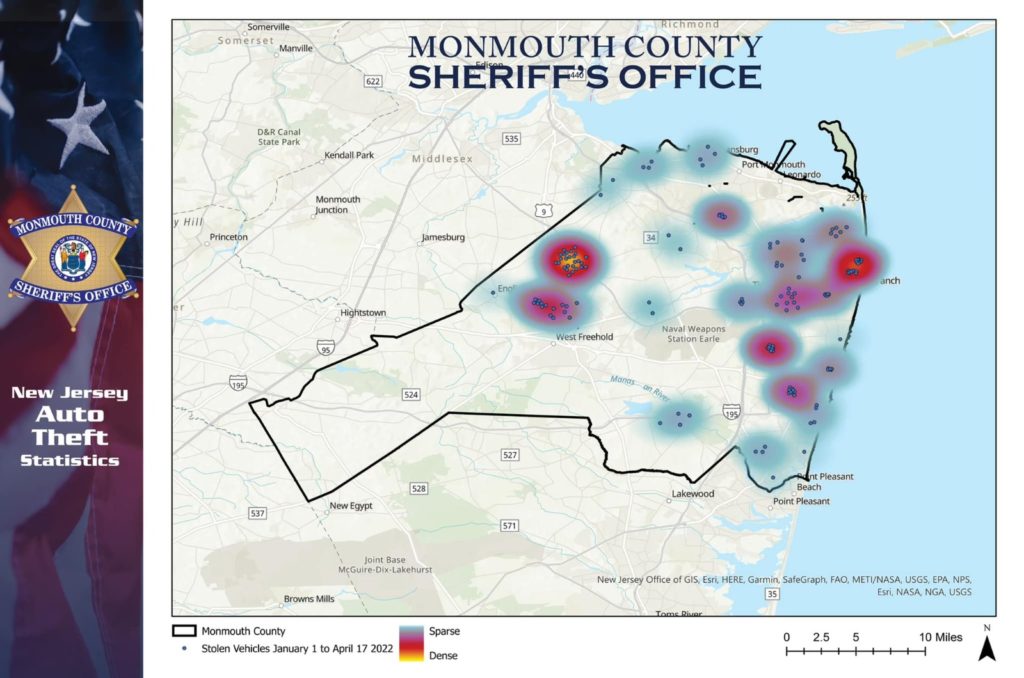 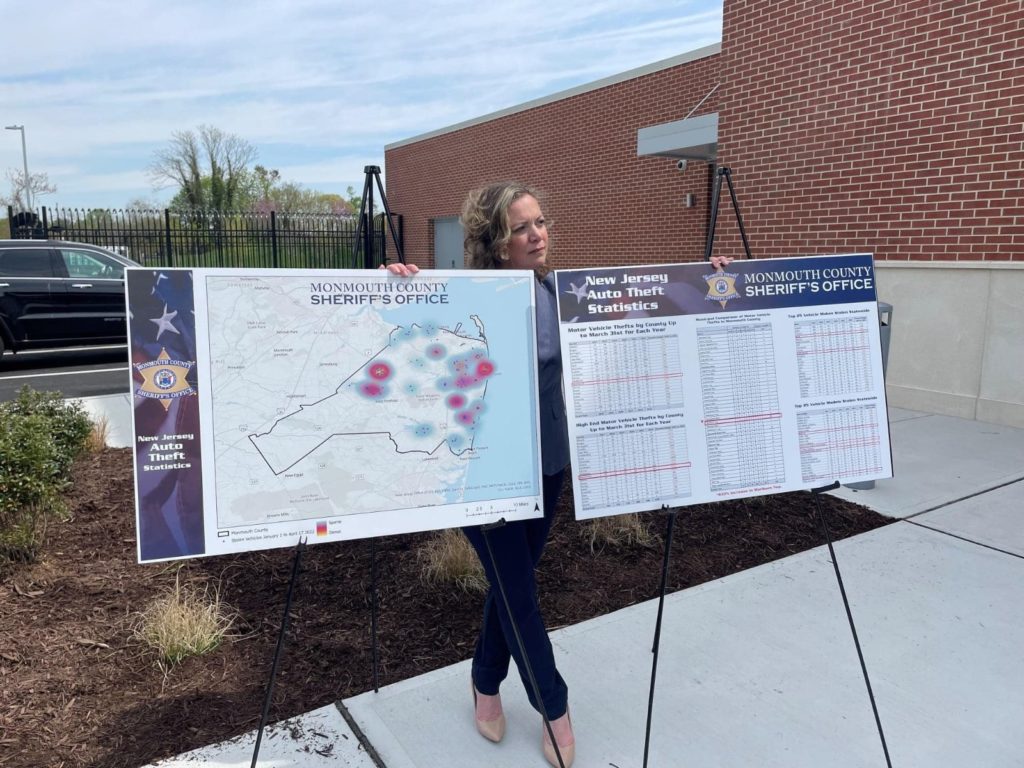