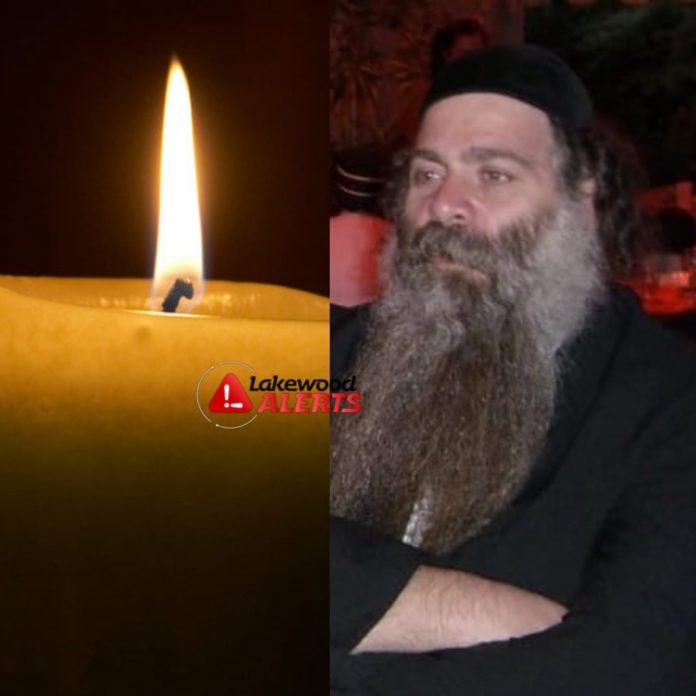 Lakewood Alerts regrets to inform you of the Petira of R’ Eliezer Tzvi Handelsman Z”L, the relative of a number of local residents, including children and his brothers, R’ Michel.

R’ Eliezer Tzvi z”l was originally from Flatbush, where his father R’ Moshe z”l served as the longtime administrator of Mirrer Yeshiva, but lived for the past approximately 40 years in Los Angeles. He was niftar at his home on Tuesday night.

A levaya will take place in Los Angeles today, with the niftar then being flown to Lakewood for a levaya and kevurah at 12:30 pm Thursday at the 7th Street Chapel.

The family will be sitting shiva at 25 Tuscany Drive in Jackson. Shacharis at 7 am, Mincha/Maariv at 7:50 pm.