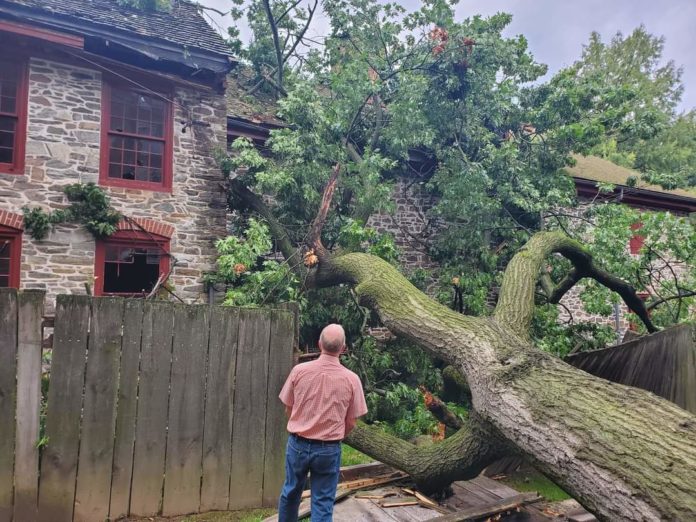 The Old Barracks in Trenton was built in 1758 during the French and Indian War to provide a place for soldiers to stay, rather than being quartered in private residences (a deeply unpopular policy and the basis of the 3rd Amendment). Since that time, it was used in the Revolutionary War by both British and Continental forces and also served as a hospital.

The Barracks gained particular fame during the Battle of Trenton, where General George Washington captured the town, which was occupied by Hessians soldiers, auxiliary troops in the pay of the British, in December 1776. This was the first truly significant victory for the colonists, as 1776 saw the British evacuate from Boston, but they captured and occupied New York and New Jersey that summer. Washington’s victory at Trenton and subsequent follow-up victory at Princeton brought a morale boost that saved an army which was on the verge of disintegration.

Today, the Old Barracks Association runs the site as a museum with programming and tours for visitors Wednesdays through Saturdays, a short distance from the Statehouse. On Thursday, however, the Old Barracks suffered new battle damage when a large tree fell over and struck the building. A photo released by the Museum shows the fence crushed, windows smashed, and some damage to the roof.

Apologizing for the inconvenience, the Old Barracks Museum cited “unforeseen circumstances” as causing the closure.

Richard Patterson, Executive Director of the Old Barracks Museum, said on social media that the tree was a northern red oak, over 100 years old, behind the Kelsey Building of Edison State University. Security camera footage, Patterson said, showed the tree fell over “for no apparent reason” early in the morning.

Repairs to the 18th Century building will likely be expensive and the Old Barracks is only French and Indian War-era military barracks built in New Jersey which still exists. As a treasured piece of New Jersey history but also critical American history, individuals who may wish to donate towards its upkeep and subsequent necessary repairs can make a tax-deductible donation to the Old Barracks Association at https://www.barracks.org/donate.html