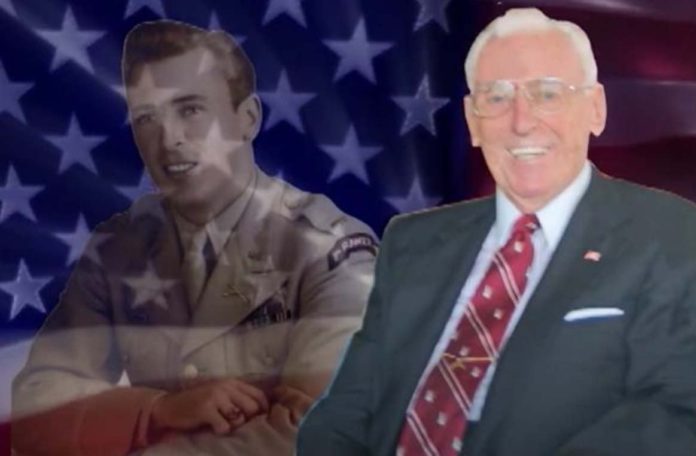 On the 78th anniversary of D-Day, the Ocean County Prosecutor’s Office remembers Ocean County’s own renowned hero of that battle, Leonard “Bud” Lomell.

On June 6, 1944, Bud, a 24-year-old staff sergeant, stormed the beach at Normandy and scaled the cliffs at Pointe du Hoc disabling the guns there. His actions potentially saved tens of thousands of lives.

Bud was awarded the U.S. Army’s Distinguished Service Cross, the Silver Star, the Bronze Star, and the Purple Heart and was inducted into the U.S. Army Ranger Hall of Fame.

After the war, he returned to Ocean County to raise his family and open his private law practice.

The Ocean County Prosecutor’s Office salutes an Ocean County legend, Leonard “Bud” Lomell and all of the men and women that have sacrificed for our great nation!