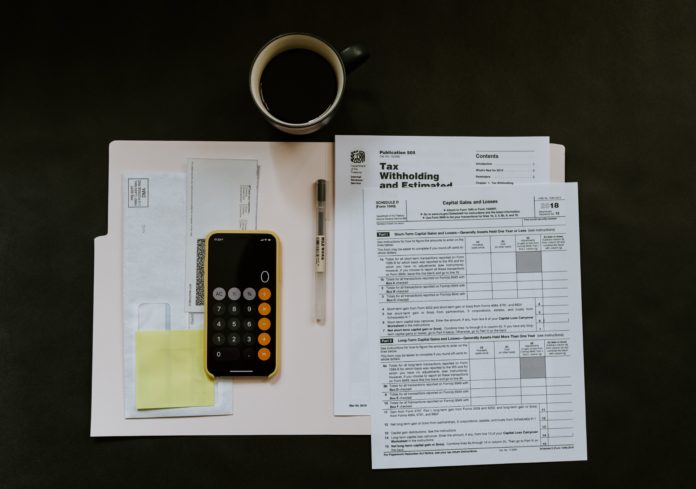 Under an Assurance of Voluntary Compliance (AVC) filed with the Division of Consumer Affairs today as part of the multistate settlement, more than 70,000 New Jersey consumers who were misled into purchasing paid versions of Intuit’s TurboTax software product will receive a total of approximately $2.15 million in direct restitution.

New Jersey was part of the Executive Committee leading the states’ investigation of Intuit’s marketing and sales practices. Overall, 4,472,788 consumers across all 50 states, as well as the District of Columbia and U.S. territories, will receive restitution paid by the company.

The states’ investigation centered on claims that Intuit used deceptive web tactics to conceal the existence of a genuinely no-cost, do-it-yourself online tax program that Intuit offered for low-and-middle-income users under an agreement with the Internal Revenue Service (IRS) and, at the same time, duped consumers who were seeking the free tax help Intuit promoted in TV commercials into upgrading to costly paid products.

“This settlement puts millions of dollars back in the pockets of New Jersey taxpayers who got scammed by Intuit’s misleading advertisements, hidden costs, and bait-and-switch tactics,” said Acting Attorney General Platkin. “Any company that engages in this kind of conduct should be held accountable, and I am proud of the role that our office played in delivering justice in this case.”

“The business practices involved here were troubling on a number of levels,” said Division of Consumer Affairs Acting Director Howard Pine. “Manipulating consumers into paying for a product advertised as ‘free’ is unacceptable, as is declining to inform low-income tax filers about a no-cost option for which they would likely be eligible. The consumer restitution is certainly important here, but equally vital are the terms of the settlement designed to ensure greater transparency and accountability by Intuit going forward.”

Intuit offers do-it-yourself online tax preparation software under the TurboTax trademark. The multistate investigation focused on an alleged pattern of deceptive practices employed by the company starting, at the latest, in 2016.

As part of the IRS Free File Program, Intuit (and other tax preparation companies) for many years offered a no-cost online tax preparation and filing program to low-and-middle-income taxpayers, as well as to active-duty military service members.

Through Intuit’s version of the Free File program, eligible consumers could file their federal tax returns by visiting IRS’s own “IRS.gov” web page, or could access the same program via an Intuit web page set up especially for the purpose.

Over the years, Intuit renamed this no-cost program multiple times, all the while advertising and selling another, completely separate online tax return software product housed on a separate Intuit web page. This other product line – known as the TurboTax Free Edition – is actually free to only about one-third of all users. Most other users end up having to upgrade to paid versions of the software dubbed Premier, Deluxe, and Self-Employed.

Among other things, the states’ investigation found that Intuit – concerned that its IRS-contracted, no-cost program was harming its bottom line – used frequent and confusing product name changes and complex web search “deindexing” tactics to hide the no-cost program’s existence from web searches.

This resulted in consumers who went online in search of the no-cost program finding instead Intuit’s commercial TurboTax web page, which appeared to promise free tax return filing software under the “Free Edition” program name, but in most cases ended up costing users anywhere from $59.99 to $119.99 in software upgrades.

The states’ investigation found that Intuit aggressively marketed its commercial TurboTax Free Edition and misrepresented the eligibility criteria for it, both on its home page and in its television advertising – most notably in a series of since-removed commercials in which the only dialogue among the participants was “free, free, free.”

Intuit also put in place a series of blocks – known as “hard stops” – in its commercial Free Edition program that would halt consumers drawn by the prospect of free tax help part way through the process and note that they could not complete their tax filing until they purchased software upgrades.

According to the AVC, between 2017 and 2021, Intuit’s failure to disclose eligibility for its IRS-hosted Free File version to eligible consumers cost those consumers more than $100 million, because they ended up using the TurboTax Free Edition software instead, and were forced to purchase upgrades to complete the process and file their taxes.

In addition to the requirement that Intuit pay restitution to affected consumers, today’s settlement includes a number of other non-monetary terms aimed at protecting consumers going forward. Among other things, Intuit must:
Avoid making claims that consumers can only file their taxes online accurately if they use a TurboTax paid product;

Disclose clearly and conspicuously in any advertising of its “free” tax preparation products that eligibility limitations may apply and that not all taxpayers will qualify for the free product;

Refrain from airing its “free, free, free” video advertisements in any medium, or from airing ads that are “substantially similar” in their repetition of the word free;

Take reasonable steps to design all TurboTax products to inform consumers using the software “at the earliest point it is reasonably possible” whether they will, or will not, be eligible to file for free using the product; and

Submit annual reports to a multistate Oversight Committee certifying its compliance with the terms of today’s settlement, and detailing that compliance.
Under the AVC, restitution funds will be distributed to eligible TurboTax consumers through an approved settlement Fund Administrator. The Fund Administrator will be responsible for distributing information regarding the settlement, as well as actual restitution payments, directly to eligible consumers. Consumers need not take any action to receive their funds.

The Intuit matter was handled on behalf of the State by Section Chief/Deputy Attorney General Patricia Schiripo, and Deputy Attorneys General Zeyad A. Assaf, Monica E. Finke and Isabella Pitt, all of the Consumer Fraud Prosecution Section within the Division of Law’s Affirmative Civil Enforcement Practice Group, and Supervising Investigator Paul Wodeshick from the Division of Consumer Affairs’ Office of Consumer Protection.