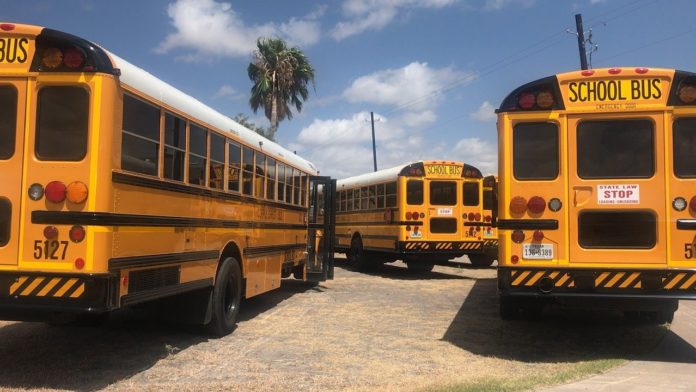 Under the first bill (A3564), school districts could administer the commercial driver license exam and most motor vehicle services that are required to become a school bus driver. Schools could provide applications for endorsements, process permit fees and identification verification, but candidates would still have to take the road test through the Motor Vehicle Commission.

“The government pandemic lockdowns exacerbated an already difficult situation for school districts looking to hire qualified school bus drivers,” Thomson (R-Monmouth) said. “Sean and I want to make it convenient for drivers to earn their CDLs and for districts to fill these slots while maintaining the strictest of standards to ensure our school children are in good hands.”

The second bill (A3565) permits a driver with a valid non-commercial basic driver’s license who has completed certain training to transport schoolchildren on a school bus that seats nine or fewer students.

“Meeting the needs of students and families who require transportation has been a challenge for schools in New Jersey, which is why we need legislation that makes common sense accommodations without compromising safety,” Kean (R-Monmouth) said.

In the beginning of the school year, districts were alternating routes and schedules to accommodate the bus driver shortage and even offering parents money to drive their kids to school. Students who managed to get on a bus often had to endure hours-long delays.

Other attempts to address the bus driver shortages this year included suspending the “under the hood” portion of the school bus licensing test for the first three months of 2022. The Motor Vehicle Commission also expedited CDL testing for school bus driver candidates, prioritized the issuance and renewal of CDLs, and offered weekly bulk CDL skills tests in coordination with various driving schools.