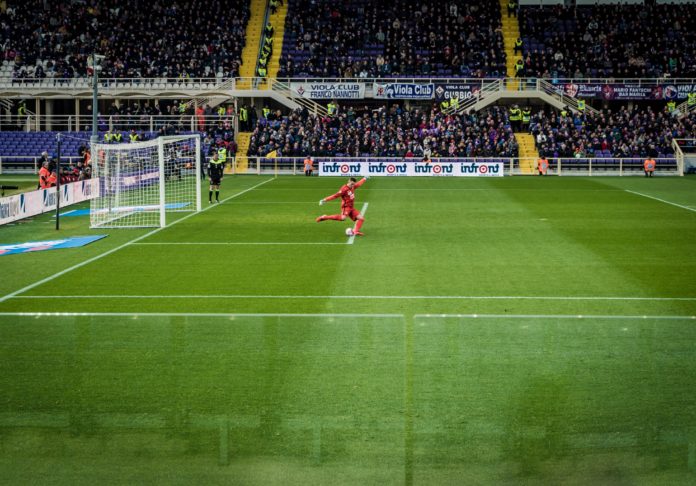 Governor Murphy and Mayor Adams led a watch party at Liberty State Park joined by soccer fans, players and supporters at all levels of the game to celebrate the momentous occasion. Celebrations are expected to reverberate throughout the region as New York City Hall, the Empire State Building and other iconic landmarks and stadiums across all five New York City boroughs and the State of New Jersey light up with messages of celebration. New York City and New Jersey submitted a joint bid to host matches at MetLife Stadium in East Rutherford, New Jersey during the 2026 FIFA World Cup™.

“We are honored to host the 2026 FIFA World Cup with our neighbors across the Hudson, and we are fully prepared to deliver the world-class experience that the beautiful game deserves,” said Governor Murphy. “Future generations of New Jerseyans will remember fondly that, on the heels of a global pandemic, the biggest sporting event in the world was hosted by the greatest region in the world. In addition to building upon our lasting global legacy, as a host region we will also benefit from significant economic activity and impact, as well as opportunities to showcase the rich cultural diversity of our state. As we welcome the world today and every day, we are reminded that the values of inclusion and unity are not only foundational to the World Cup, but to who we are as New Jerseyans.”

“The biggest sporting event in the world is coming to the biggest stage, and New York City cannot wait to welcome the world to our region,” said Mayor Adams. “New York City is thrilled to host the 2026 FIFA World Cup, bringing the drama and excitement here to the city that never sleeps! The momentum doesn’t end there, with world-class restaurants, hotels, shows, and more to keep all our visitors entertained. Not only will the World Cup strengthen our economy by providing a major boost, but it will showcase FIFA and the sport of soccer to all of America. As mayor of one of the most diverse cities in the world — and one filled with soccer fans — I know our city represents the diversity of this world game and we couldn’t be more ready to welcome the world in 2026.”

“With some of the most welcoming and diverse communities anywhere in the world, New York is a natural fit to host the FIFA World Cup,” said New York Governor Kathy Hochul.

“Our unparalleled cultural experiences and countless tourist attractions make us the ideal venue for the thousands of fans who will come to enjoy this historic competition. New York was made for the spotlight — we are ready to provide an unforgettable experience for millions around the globe, and I thank all who made this possible.”

“On behalf of the New York Football Giants and New York Jets, we are honored to be selected as an official venue for the 2026 FIFA World Cup,” said MetLife Stadium President and CEO Ron VanDeVeen. “We look forward to hosting the world’s largest sporting event and welcoming the teams and their fans from around the globe to MetLife Stadium.”

“The New Jersey Sports & Exposition Authority is thrilled that FIFA has selected the NY/NJ region and MetLife Stadium to host the 2026 FIFA World Cup,” said Vincent Prieto, President and CEO of the New Jersey Sports & Exposition Authority. “The FIFA World Cup will shine a bright spotlight on the Meadowlands Region for an international audience. We look forward to offering superb experiences to fans from around the globe, including dynamic downtowns, plentiful shopping and dining hotspots.”

The New York/New Jersey region is incredibly well-prepared, well-equipped and excited to welcome visitors and fans from around the world during the 2026 FIFA World Cup™.

MetLife Stadium hosts 2 million guests annually, and the New York/New Jersey region is home to five airports servicing 181 countries. Additionally, more hotels are currently being built in the region than exist overall in the other candidate cities. As an entertainment, tourism, culinary and media capital of the world, New York/New Jersey has ample options for hosting and staging impressive corresponding events during the 2026 FIFA World Cup™ in addition to standing out as a host city for matches.

The leaders behind New York/New Jersey’s bid are squarely focused on ensuring that this incredible opportunity benefits local and regional economies and serves as an inclusive cultural experience for the entire community.

New York/New Jersey is home to some of the most engaged and diverse soccer fans in the nation, representing countries from every corner of the world. The region’s soccer-friendly culture combined with its global and diverse population make for a community that will be thrilled to experience FIFA World Cup™ matches and will welcome guests with open arms.
In addition to matches played at MetLife Stadium, New York/New Jersey will host FIFA Fan Fest sites around the region. The proposed training facilities are at Rutgers University, The Pingry School, Kean University, Red Bull Football Club Training Facility, and the New York City Football Club Training Facility.