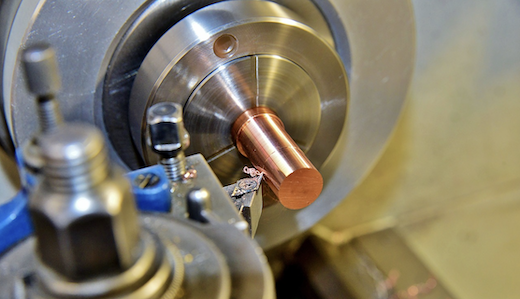 In less than 90 days, the New Jersey Department of Environmental Protection is expected to enact new rules that could cost manufacturers, businesses, public schools, and apartment complexes millions of dollars to convert boiler systems to electric.

Senators Michael Testa and Anthony M. Bucco, Republican members of New Jersey’s bipartisan Legislative Manufacturing Caucus, warned that the impact will be felt across the state in the form of higher product costs and skyrocketing energy bills.

“This will be nothing short of a man-made economic disaster,” said Testa (R-1). “As usual, the Murphy Administration is diving in without considering the ramifications or the costs. This all is happening too quickly and without the proper diligence.”

The rule change, set to take effect in December, marks the beginning of the Murphy Administration’s electrification of the state under its Energy Master Plan.

“This is going to tear through the state economy like a bulldozer through a cornfield,” said Bucco (R-25). “Murphy wants to eradicate natural gas and fuel oil, and he doesn’t care how much it costs or who it hurts. The financial impact of this initial step alone is jaw-dropping. Costs could reach $2 million or more to replace boilers in some structures targeted by the new rule.”

This week, a coalition of more than 30 business and labor organizations rallied in Trenton in opposition to the changes.

In a letter to Legislative leaders, the groups said: “There are approximately 1,500 apartment buildings, 1,500 K-12 public schools, 1,200 commercial, industrial and manufacturing facilities, 195 county government buildings and 143 auto body shops, as well as grocery stores and religious facilities, affected by the proposal.”

“Everybody is going to get hit by everything from higher grocery bills, property taxes and rent payments, but I am especially concerned about what this does to New Jersey’s crucial manufacturing segment,” said Testa, the co-chair of the Legislative Manufacturing Caucus. “A multi-million investment to replace a perfectly functional boiler system could put companies out of business and workers out of jobs.

“This is not the time to be overwhelming employers with onerous expenses that will force them to increase the prices of their products for end users and make it harder for them to compete with out-of-state rivals,” Testa noted.

“Electrification is not the magic bullet that will solve the climate challenge,” Bucco noted, “but it may be the straw that broke the back of the manufacturing rebirth we are seeing in this state. The last few years have been extremely difficult for families and businesses, and government mandates that will directly cost millions of dollars and increase the cost of electricity by 400 percent or more are both risky and irresponsible.”