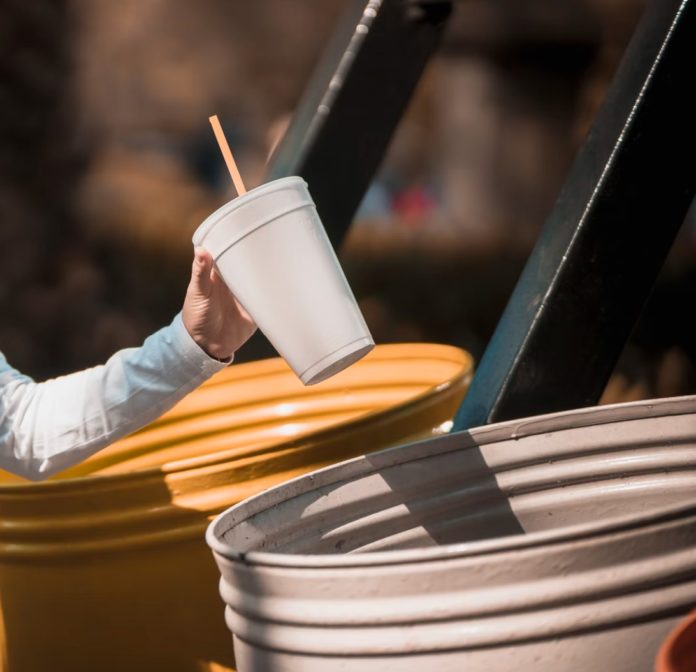 Many stores and households are preparing for New Jersey’s ban on plastic and paper bags that is going into effect this Wednesday, May 4th, but most aren’t aware that another product is being banned too: Styrofoam.

Along with stores no longer providing plastic and paper shopping bags to bring your purchased items home, establishments will also be prohibited from providing or even selling Styrofoam cups, plates, and containers. And unlike plastic and paper bags and containers which come with some exceptions for certain establishments and services, the Styrofoam ban is a blanket ban.

“A ‘polystyrene foam food service product’ is defined as a product made, in whole or in part, of polystyrene foam that is used for selling or providing a food or beverage, and includes but is not limited to a food container, plate, hot or cold beverage cup, meat or vegetable tray, cutlery, or egg carton,” the New Jersey Department of Environmental Protection says on its website.

“This ban also covers food that is sold or provided in a polystyrene foam food service product, unless that food is prepackaged in such a container by a manufacturer.”

The state has exempted some places from discontinuing their Styrofoam products for some time, notably public schools which are exempt until the end of August, and stores selling eggs in Styrofoam cartons, which are exempt from the law for two years.