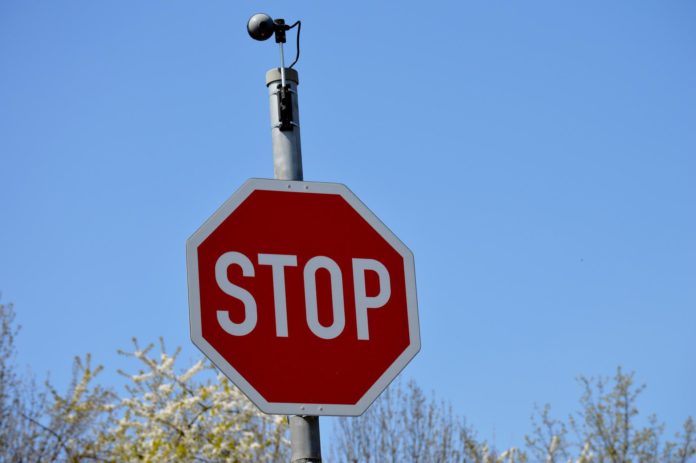 New Jersey drivers cited for traffic violations captured by cameras in other states would be shielded from predatory fines under Senator Declan O’Scanlon’s legislation cleared by the Senate Law and Public Safety Committee today.

“In a rare moment of unity, Democrats and Republicans in the New Jersey Legislature years ago resisted the siren song of easy cash, followed the facts, and wisely banned the use of automated enforcement (speed and red-light cameras) within our borders. About half of all states have wisely rejected these systems. But that hasn’t stopped these corrupt companies from reaching into our wallets from out of state. This bill will shut that door tight and protect our drivers from this government-sanctioned-theft” said O’Scanlon (R-13).

Camera companies would be prohibited from preying upon New Jersey drivers under the Senator’s legislation that would stop the state from disclosing the personal information of New Jersey driver’s license holders to other states seeking to issue red light camera or speed camera citations by mail.

“In fighting and defeating camera enforcement in New Jersey, we gathered more than enough proof that automated traffic fines are nothing more than government sanctioned theft. They don’t improve safety, but they do methodically rip money away from drivers, bringing in revenue for local governments and making the camera operators rich,” said O’Scanlon.

“Traffic camera programs in other states are just as bad or worse than those we rejected in New Jersey. There is zero reason we should allow our own MVC to be complicit in these scams which – given that these ‘fines’ are a massive, regressive tax – prey most viciously on the poor.

“For those who suggest ‘don’t speed or run red lights and you won’t get tickets,’ I call BS. These systems only make money when safety and engineering criteria regarding yellow light times and speed limits are ignored. There are multi-lane highways – designed for 65 mph speed – posted at 45, or less, virtually ensuring every driver will be ticketed. No one should fall for these corrupt companies’ claims,” continued O’Scanlon, whose statement in support of the bill was read into the record during the committee.

“We’re calling this bill the Automated Enforcement Inoculation Act, as it defends our residents against the corrupt automated enforcement industry that has been rife with corruption everywhere it’s used,” O’Scanlon said when the bill was moving through the Senate in 2020.

“The first and universal example of corruption starts with the false ‘safety’ improvement claims of the companies. That’s before you get to the cash-in-envelopes scandals that the industry breeds,” said the Senator.

“We’ve spent years studying these systems and analyzing the various flaws in industry and insurance company ‘studies’ that claim to demonstrate safety benefits from these systems. It’s all garbage. As one quick illustration, click this link to view a chart ranking fatality rates per 100 million miles traveled in all 50 states. The red-shaded states employ automated enforcement. If these systems improved safety you’d expect the red to dominate the top of the list. Ooops … there is no safety benefit!”

A second chart demonstrates the percentage of rate change from 2019-2020. As these jurisdictions have added more and more cameras they should dominate this chart with lsower rates of fatality increases, or better, improvements, than those that don’t. Ooops …. once again their arguments are eviscerated.

The legislation is modeled on a 2014 law in South Dakota which prohibited the state’s Division of Motor Vehicles from submitting driver information to the national interstate motor vehicle information network, a system used by photo ticketing companies for the purposes of processing red light or speed camera tickets.