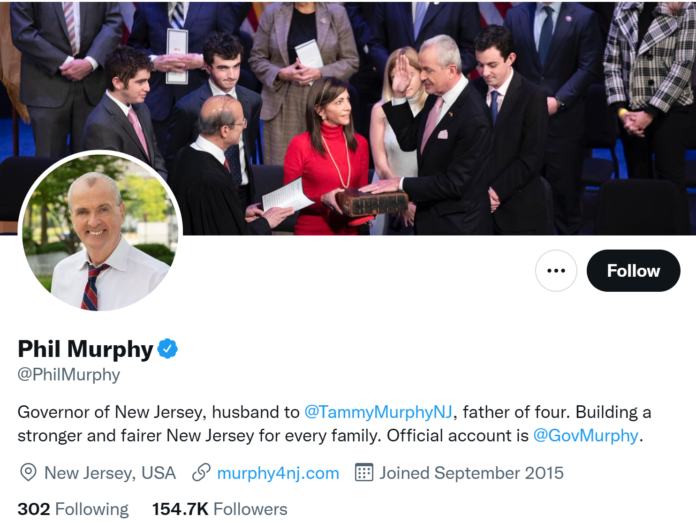 In a eyebrow-raising move, Governor Phil Murphy has removed “NJ” from his personal Twitter handle previous @PhilMurphyNJ, which is now simply @PhilMurphy. His official government account, @GovMurphy, has not changed.

The change, though subtle, is likely part of Murphy’s ambitions, which have gone national. The New York Times several months ago ran a story revealing that Murphy has been meeting with national Democratic strategists as he explores the possibility of running for the presidency.

Murphy’s thinking may be in line with many other Americans: President Joe Biden has lost a step and is in clear cognitive decline. Vice President Kamala Harris’ poll numbers are historically bad. If Biden decides not to run for reelection in 2024, it would set up a race among what is likely to be a large field of Democrats vying for the party’s presidential nomination.

Murphy has insisted in recent months that he isn’t thinking of running to become president, but a pair of national groups to bolster his profile across the nation launched this February, suggesting otherwise.