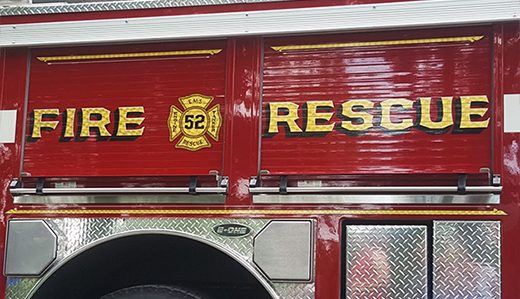 Governor Murphy has signed a bipartisan resolution sponsored by Senator Kristin Corrado that would honor first responders throughout the state by designating October of each year as First Responders Appreciation Month.

“Each day, police officers, firefighters, paramedics, and EMTs put their own lives in jeopardy to respond to dangerous situations throughout the Garden State,” said Corrado (R-40). “To salute these heroes for their bravery, and the contributions they have made to the well-being of our state, it is only fitting that New Jersey officially recognize October of each year as First Responders Appreciation Month.”

The resolution (SJR-23), now law, recognizes first responders for their commitment and service to residents of New Jersey. First responders include paid and volunteer members of law enforcement agencies, fire departments, emergency medical services, and other organizations in the public safety sector who work tirelessly to keep the residents of the Garden State safe.

“As we recognize emergency services personnel, we cannot forget their families and loved ones, who make great personal sacrifices so that our first responders can serve the people of New Jersey,” added Corrado. “We owe a debt of gratitude to all of these individuals.”