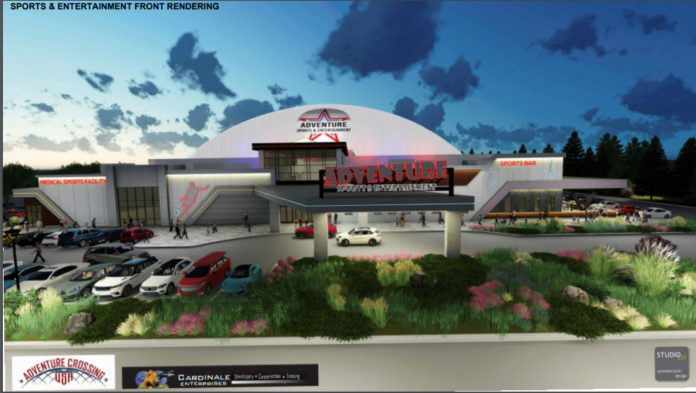 The Jackson Zoning Board approved plans by developer Vito Cardinale to place an indoor water park and outdoor wave pool at his sprawling Adventure Crossing sports complex development near Six Flags in Jackson.

The water park, wave pool, and a third hotel for the site that was also approved, will take up a combined 88 acres of land of the 232-acre Adventure Crossing project.

The indoor water park will be a 70,000 square foot venue, while the wave pool will take up a staggering 6 acres of land.

Besides for the hotels, water park and wave pool, the site will have numerous eateries (including, they hope, a kosher one), sports fields, basketball courts, a Top Golf, VR arcades, bowling, warehouses, apartments, shared office space, and even a cogeneration power plant to help power the site.

Adventures Crossing is the brainchild of Vito Cardinale of Cardinale Enterprises, who is working on bringing the site to life, with proceeds of the massive development to go towards constructing a world-class research center aimed at finding a cure for multiple sclerosis.

Mr. Cardinale’s wife, Linda, battled multiple sclerosis until her passing in 2013, and Vito has made research of the illness – and ultimately finding a cure for it – his top priority.