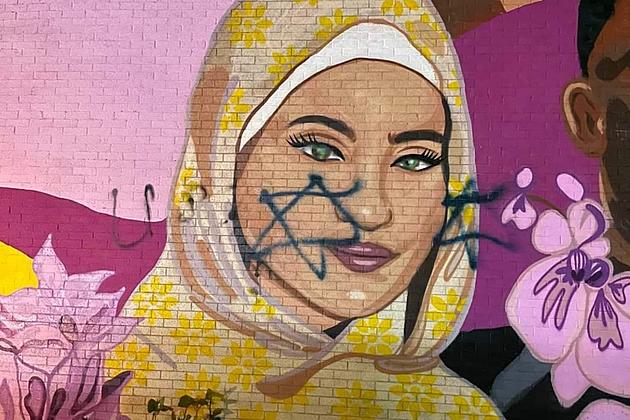 A New Jersey man has been charged with hate crimes after vandalizing a mural celebrating refugees in Highland Park.

Police say Thomas Santo, 54, was charged with fourth-degree bias intimidation and criminal mischief after spray-painting “USA” on the mural, then returning and spraying two stars of David on it.

The mural, commissioned by The Shelter Project and called “Home is Where We Make It,” features a woman in an hijab – a head covering worn by Muslim women.

It isn’t clear if Santo’s motive to spray-paint the Stars of David on the mural was to make it appear as if Jews had carried out the vandalism.