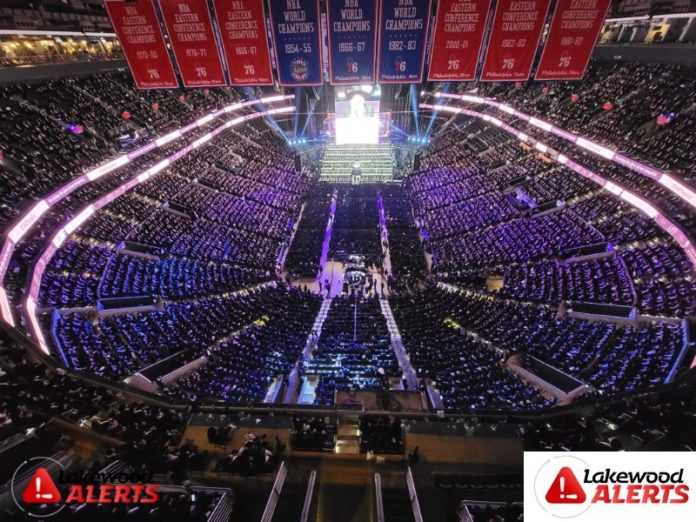 I write this with a heavy heart, and I am not signing my name because my position in the community is irrelevant. What I have to say is something that I believe should deeply disturb all of us.

On Sunday night, over 20,000 people attended the incredible Adirei Hatorah event in Philadelphia. For hours, thousands upon thousands of people joined together celebrating an incredible achievement – the partnership of baalebatim and yungeleit in BMG. From the moment it began to the minute it ended, the historic nature of this event was on full display. The kavod hatorah exhibited was exceptional and a sight to behold.

Not everyone was able to make it to the event. Many weren’t able to get tickets, and thousands upon thousands of wives stayed home, hoping to watch from afar. To your credit, you posted a lot of content on the event. But – and I don’t mean this to disparage you – there is a bigger player in town, another media outlet that isn’t as new as you and has claimed for years to be the standard bearer of Jewish journalism. As far as I can tell, they didn’t post a single picture or video from the event. Not one! And I strongly feel that we need to be mocheh against this.

For the record, I reached out to the outlet in question and asked them to please post about the event. I got no response, and I’m only turning to you now.

It just befuddles my brain to understand how the largest and most influential frum media outlet – which claims to represent “the heartbeat” of the frum community – can utterly ignore the largest event probably in the history of BMG – the very yeshiva that built what is now known around the world as the Ihr Hatorah from the ground up!

I am of the understanding that this outlet has a personal vendetta against BMG, but there’s a time and place for personal fights. That time is not when 20,000 people from the community are joining together to celebrate what makes us special – the Torah.

I believe this willful boycott of the historic Adirei Hatorah event to be perhaps the greatest bizayon hatorah, and frankly chilul hashem, that I have ever seen in my 30 years of being a Lakewood resident. I don’t even mean this as an attack on that outlet; it’s their website and their problem. But I have to say my piece as a machaa – we cannot sit idly by and watch quietly as the loudest voice in the room goes silent, squelching the beautiful sounds of unity and simchas hatorah that we saw on Sunday night at the Wells Fargo Center.

When we see something so worrying, we have to ask ourselves: who really represents Lakewood?