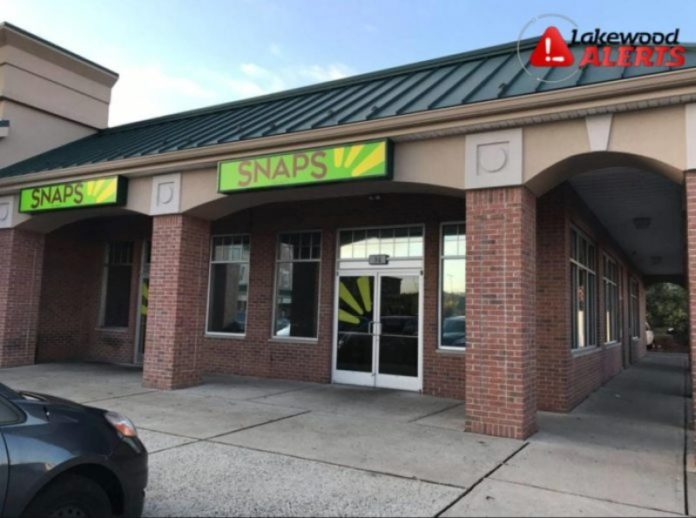 To say that I am shocked and appalled doesn’t make it clear enough how incredulously mind blown I am by what I read over Shabbos.

As many heard, Snaps, a popular restaurant in West Gate, made a decision to ban all boys ages 17 and under from ordering eat-in food at the diner on Thursday nights. Theories and opinions abounded, with some saying the owner had a right to do it because the boys were disturbing the peace of his store, and others attacking him, saying that he was essentially being a killjoy.

Well, the owner of Snaps wrote a short and sweet piece in this past week’s The Voice of Lakewood magazine that explained his decision, and I was stunned by what I read. You should be too.

If you have not seen it yet, I urge you to read what he had to say (photos below taken from The Voice of Lakewood)

His message is so incredibly disturbing. He had to make a drastic decision because young teens were literally wrecking his business. Where are the parents? Where are the yeshivos? Where is anyone who has a modicum of responsibility over these children?

It should be extremely disturbing to parents everywhere that a kindhearted restaurant owner takes the initiative on his own to spur time spent between father and son by offering free cholent on Thursdays if they come together. How sad that he has to do that to help others!

I’ve been living in Lakewood for decades and I’ve never ever seen or heard of anything like this occurring before. Yes, there were hangout spots, but even those never grew to the level in which a business was getting destroyed by rowdy kids.

I’m afraid that parents are no longer attached to their children. I feel that the development lifestyle that so many Lakewood families have become accustomed to is very, very bad. Parents no longer feel the same achrayus for their children that they used to. Now, the whole development is one big family.

It’s scary to me, and it should be scary to you, that something like this could occur right here in Lakewood. It’s not enough for us to be “shocked” or “appalled” by this. It’s time we made some changes. 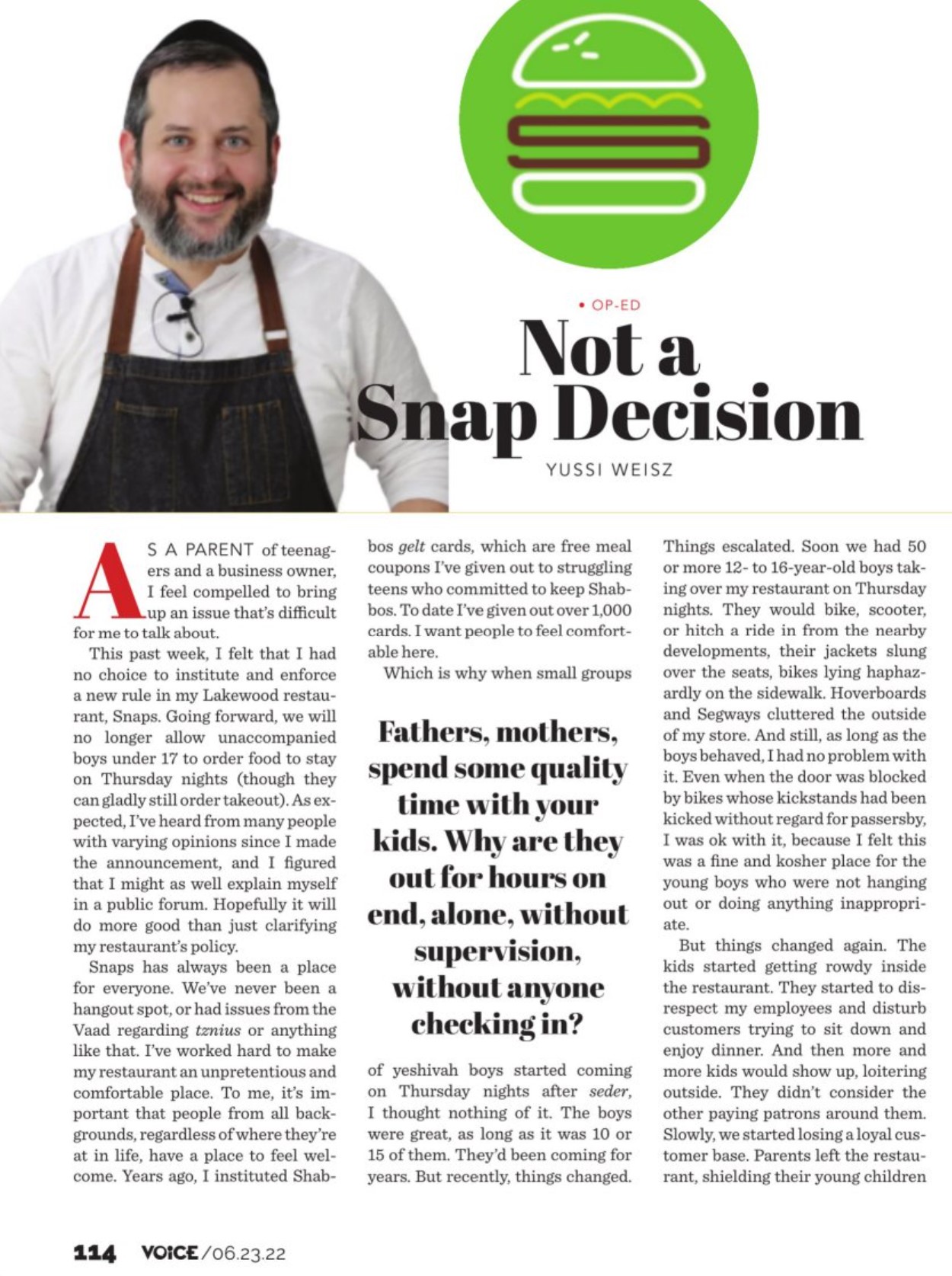 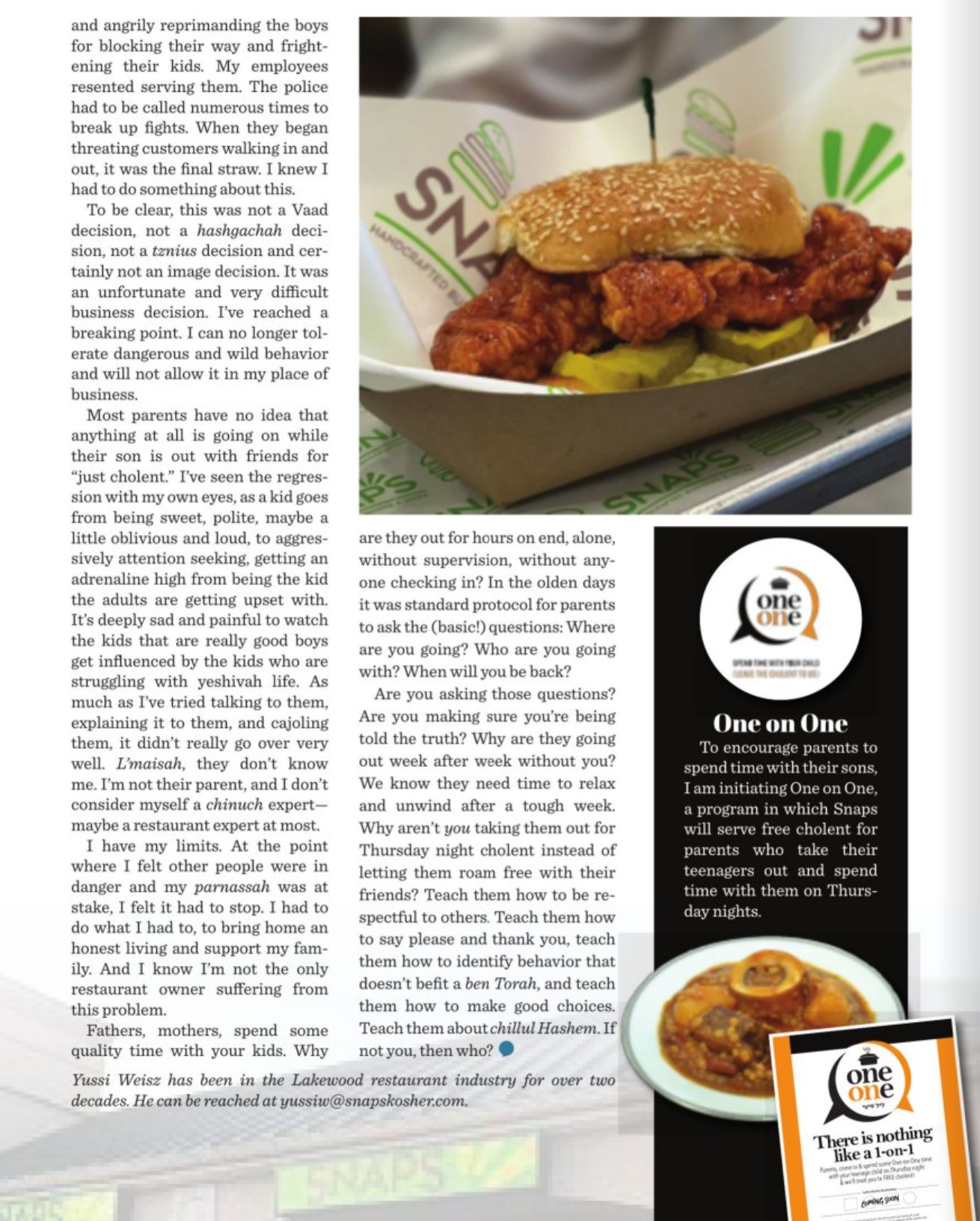