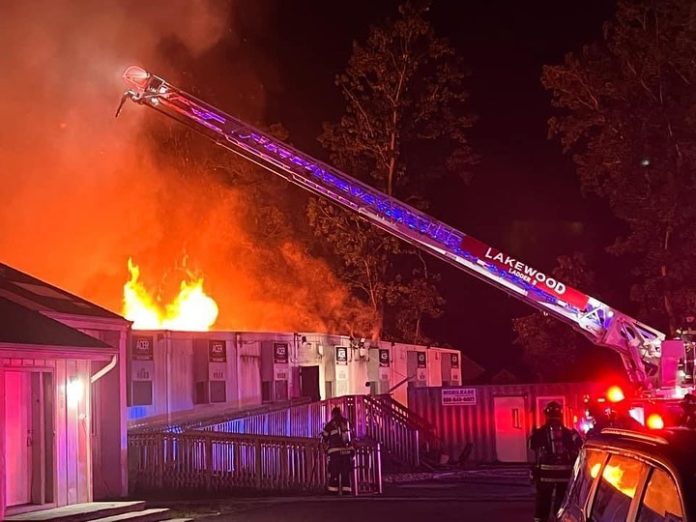 A large portion of Mesivta Ateres Shmuel was destroyed in an intense blaze on the second night of Rosh Hashana.

The mesivta, which is located at 420 Cross Street (near Spartan Avenue), has been using connected trailers for its bais medrash and other facilities.

Firefighters received a call at approximately 12:45 am on the second night of Rosh Hashana from a passerby who reported seeing flames coming from one of the trailers. Firefighters at the scene reported at least six trailers fully engulfed by the blaze and called in additional aid from Brick and Toms River.

With Lakewood EMS at the scene, Manchester EMS was called in to assist in covering Lakewood EMS calls for the night.

Fire officials who arrived at the scene determined that the flames were too intense to fight and shifted to a defensive mode, ordering all fire personnel out of the structure. The fire eventually slowed to a point where it could be safely extinguished, but by that time massive damage had been wrought.

There were baruch hashem no injuries reported.

The Ocean County Fire Marshal’s office was at the scene today to investigate how the blaze began. 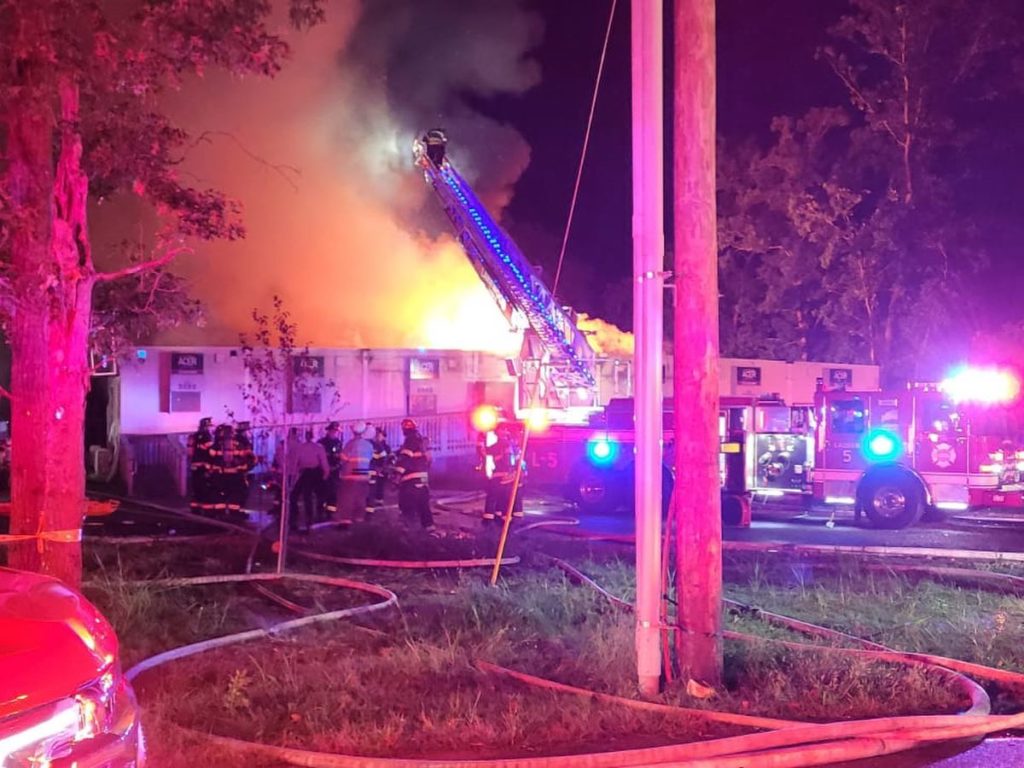