A levaya for the Telshe Chicago Rosh HaYeshiva HaGaon HaRav Shmuel Yehuda Levin zt”l, will be held at Bais Yitzchok in Lakewood at 6 PM today following a 10 AM levaya in the yeshiva in Chicago.

Rav Shmuel Yehuda zt”l suffered a massive heart attack on motzei shabbos, shortly after giving a shmuess at the yeshiva and hondeling with bochurim and yungeleit, and davening maariv for the amud. He was niftar a short time later. He was 63 years old.

The first levaya will take place at the Telshe Yeshiva, 3535 W. Foster Avenue in Chicago at 10 AM, with the aron then being brought to Lakewood for a second levaya before being flown to Eretz Yisroel for kevurah on Monday evening. 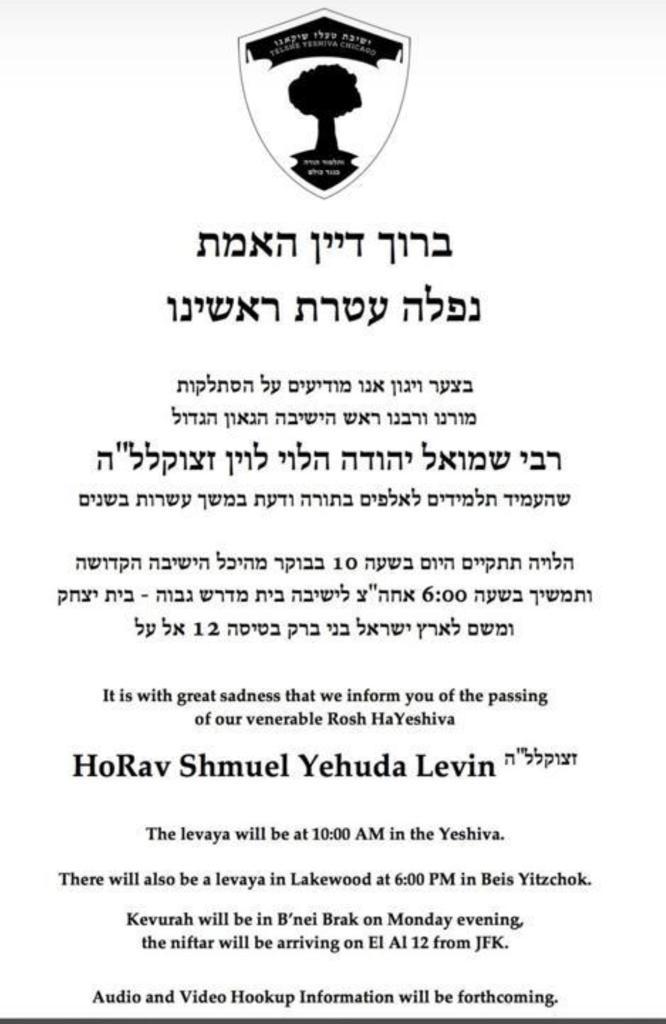