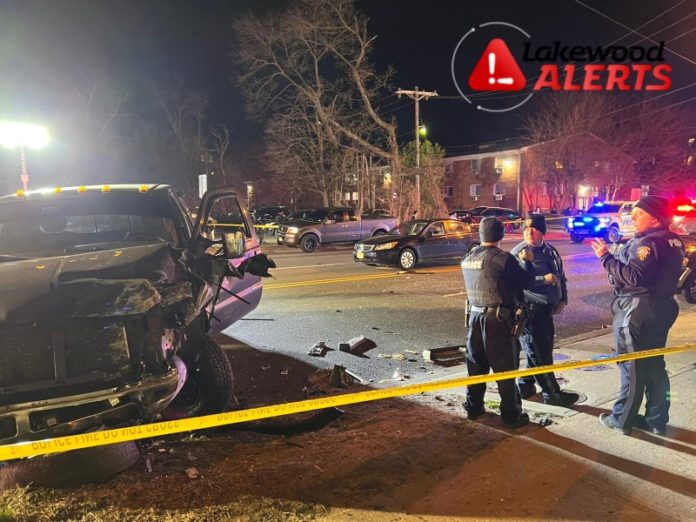 Upon arrival, responding units determined that a 2006 Ford F-350, operated by 38 year old Matthew Sebolt of Colts Neck had side swiped a 2010 Honda Accord as he was traveling north along Madison Avenue. The Honda Accord, operated by 34 year old Moshe Mashitz was also traveling north and was attempting to turn left onto 9th Street. The Ford F-150 then crossed over into the southbound lane and struck the driver’s side of a 2007 Ford Explorer. The operator of the Explorer fled the scene prior to our arrival leaving four other occupants behind.

The investigation is still active with the assistance of the Ocean County Prosecutors Office and the Ocean County Sherriff’s Office CSI Unit. At this time no charges our summonses have been issued.