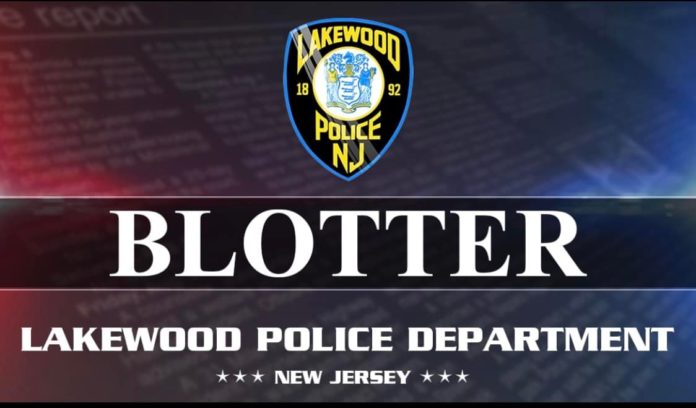 THEFT/TRESPASSING
On Wednesday, June 1, 2022 at 2:30 am Officer Nicholas Romeo arrived at the scene he located Anthony Bivins (44 years old from Brick) in the back yard of victim/caller.
The victim/caller found Anthony Bivins leaving with his leaf blower and he was able to make chase, stop him and retrieve his leaf blower.
Anthony Bivins was arrested and charged with 2C:20-3(a) Theft of moveable property and 2C:18-3.B Defiant Trespassing. Bivins was then transported to OCJ.

DUI
Friday, May 27th at 730pm Officer J. Mandelbaum was dispatched to a possible drunk driver in the area of Rt. 70 near Rt. 9. The suspect vehicle was located in the area and a subsequent motor vehicle stop was conducted. Further investigation led to the arrest of Ricardo Alberto Chontal-Toscano (34 years old of Jackson) for the following charges:
39:4-50 Driving while intoxicated
39:4-96 Reckless driving
39:3-10 Unlicensed driver
39:3-4 Unregistered vehicle

Drugs
On May 25th, Detectives assigned to the Street Crimes Unit attempted to arrest Jorge Chacha-Cerceres on outstanding warrants when he attempted to flee the area. Chacha-Cerceres (33 years old from Lakewood) was ultimately arrested in the area of 118 Clifton Avenue. Further investigation, found him to be in possession of various forms of narcotics readily packaged for resale. He was charged accordingly and transferred to OCJ.

As a result of a month long investigation, Rondell Murray (68 years old of Lakewood) was surveilled by members of the Street Crimes Unit and stopped as he traveled towards his home on May 27th. Search warrants were executed on the vehicle that he was operating and his residence in Lakewood. As a result, Mr. Murray was charged with possession/distribution of CDS and paraphernalia. Mrs. Murray who was home at the time of the execution was charged with possession of drug paraphernalia. Mr. and Mrs. Murray were released on summonses.