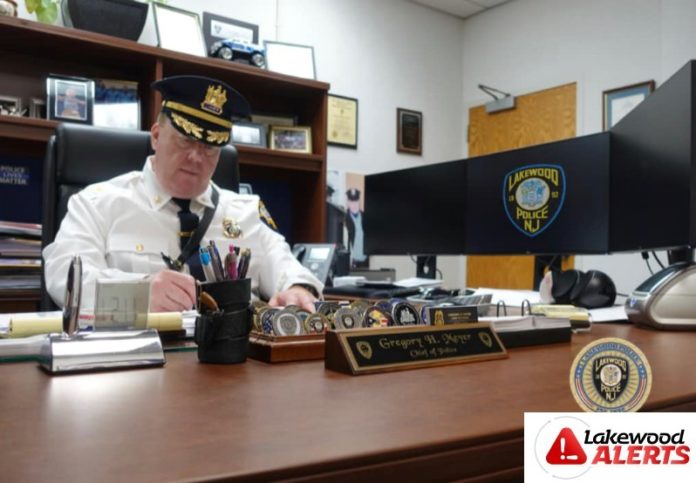 The Lakewood Police Department has joined a growing number of other police forces across New Jersey defying Acting AG Matt Platkin, who issued a directive saying police officers can use marijuana when not on duty and ordering police departments not to take “adverse actions” against officers if they choose to use cannabis.

Lakewood Police Chief Greg Meyer told Lakewood Alerts that his department is continuing its longstanding policy – until now state law – barring officers from using marijuana, even when not on duty.

“We have reminded our officers of this and therefore they are still aware that it is not permitted by Department or Township policy for off-duty use,” Chief Meyer told Lakewood Alerts.

“The use of marijuana off duty is still considered illegal under federal law that governs gun ownership and the carrying of firearms,” he added.

A widening group of police departments and law enforcement agencies, including the Toms River Police Department, Ocean County Sheriff’s Office, and other departments scattered across the Garden State have already said they will not allow their officers to use cannabis while off-duty.

New Jersey lawmakers have introduced three bills to allow employers – specifically police departments and other first responders – to impose restrictions on marijuana use amongst their employees.

New Jersey Governor Phil Murphy has said that he is “open-minded” to legislation that would bar police officers from using marijuana, regardless of whether they are on- or off-duty.