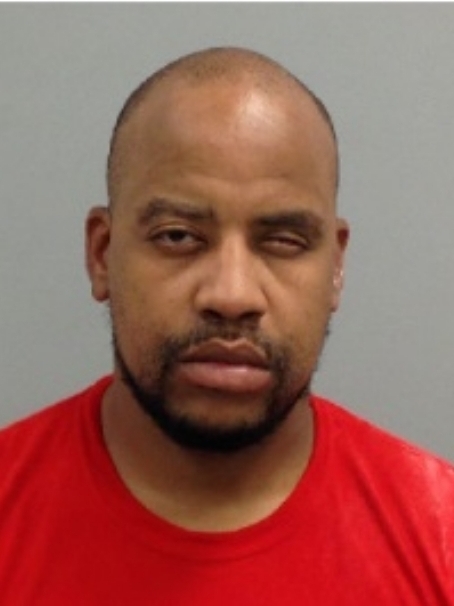 Ocean County Prosecutor Bradley D. Billhimer announced that on August 12, 2022, Racole Muldrow, 38, of Lakewood, was sentenced by the Honorable Rochelle Gizinski, J.S.C., to six years New Jersey State Prison (NJSP) as a result of his previously entered guilty plea to Possession of Cocaine with Intent to Distribute in violation of N.J.S.A. 2C:35-5a(1) and N.J.S.A. 2C:35-5b(2), and five years NJSP with a five-year period of parole ineligibility in connection with his guilty plea to being a Certain Person not to Possess a Firearm in violation of N.J.S.A. 2C:12-1b(4), both relative to an incident that occurred in Brick Township on September 22, 2021. The sentences will run concurrently. Muldrow pled guilty to both charges before Judge Gizinski on June 27, 2022.

On September 22, 2021, Officers from the Brick Township Police Department responded to a residence on Hooper Avenue for a report of a possible domestic violence incident. Responding Officers were advised by police dispatch that the suspect had left the area in a vehicle described as a white Chrysler Town & Country, and that the suspect was possibly in possession of a firearm. Brick Township Officers observed a vehicle matching the description of the subject vehicle traveling northbound on Chambers Bridge Road. The Officers effectuated a motor vehicle stop; Muldrow – who was a passenger in the vehicle – was placed under arrest at the scene.

The driver of the motor vehicle, who was also the registered owner, consented to a search of the vehicle. As a result of the search, Officers seized approximately sixty-five grams of cocaine, a quantity of marijuana, drug paraphernalia indicative of narcotics distribution, and a loaded Smith and Wesson M&P .40 caliber semi-automatic handgun. Muldrow was transported to the Ocean County Jail, where he has been lodged since the date of his arrest.