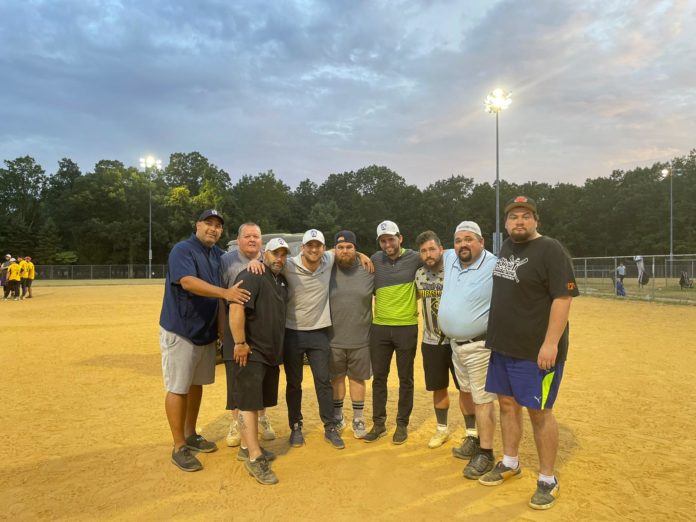 A beautiful Kiddush Hashem was made in Lakewood Tuesday night, after players from the LBA baseball division chipped in to help fund the medical bills of one of the leagues umpires.

Carlos, the 40-year-old head umpire for the LBA, was recently diagnosed with a tumor (benign) which was found on top of his spine near the brain. Compounded by the tremendous pain he’s been going through, the doctor bills started piling up.

In a true display of selflessness, the LBA players decided to give back to the man that gives them a great time at the ballpark.

As the LBA semi-finals were set to kick-off at Pine Park Field, all players and umpires were called together for an announcement by league owner Shimon Friedman – a Lakewood resident.

“You know, Carlos has been part of our league for the past five years… and he knows, more than anyone else that the LBA is more than just a league – it’s a family,” Friedman stated.

Shimon continued, “He’s a close friend of ours, and unfortunately he’s going through something right now. So, the LBA family came together and put something together to give to him.”

In an emotional Kiddush Hashem, the league owner proceeded to hand Carlos a letter, signed by all league players, wishing him a speedy recovery. Inside the letter was $2500.

“Carlos, I just want to let you know that we are here for you… if anything you need – you’re part of our family – we love you and we appreciate you. Thank you,” Friedman stated.

Surrounded by his fellow umpires, a clearly emotional Carlos embraced Shimon Friedman and league players, as chants of “CARLOS” “CARLOS” broke out.

The LBA (literaly Lakewood Basketball Association) is a Frum league in Lakewood which has quickly grown from being a basketball league, to now holding Baseball, Football, Bowling, and Volleyball competitive leagues throughout the year for all ages. The league has become a acclaimed over its five years, with ‘LBA bumper stickers’ being a common sight as one drives around town.