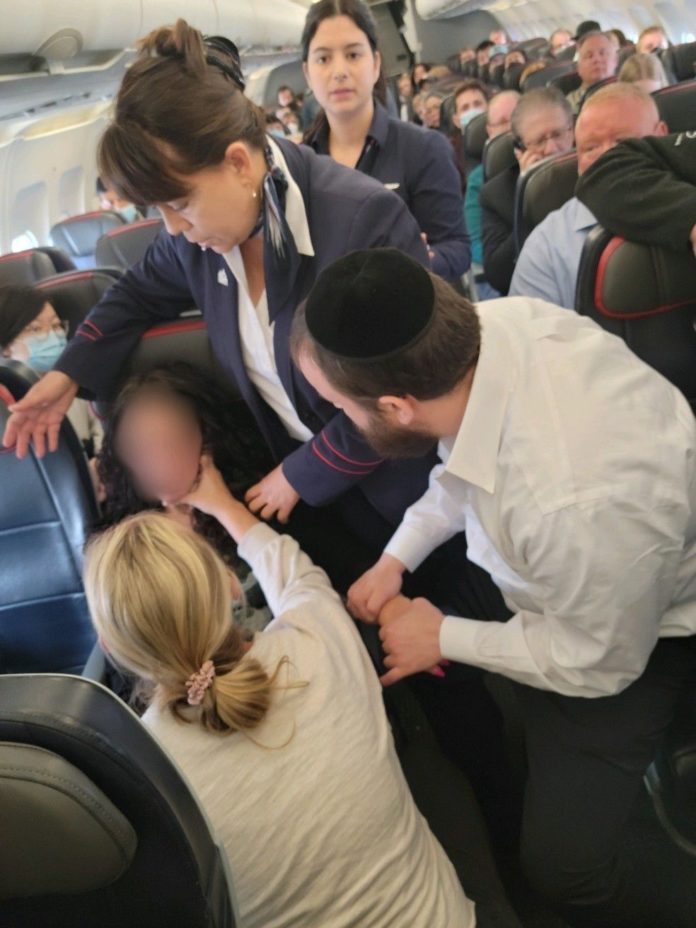 A Central Jersey Hatzolah member is being hailed a hero after coming to the assistance of a seizure-stricken passenger aboard a flight.

On a packed flight from Chicago’s O’Hare International Airport to Newark, a passenger was suddenly struck by three consecutive violent seizures as the plane prepared for departure.

Amid the commotion, Central Jersey Hatzolah’s Yosef Reiner sprang into action. He rushed to the patient’s assistance, working to stabilize her for more than half an hour as the pilots attempted to get back to a gate.

Once the plane was able to return to its gate, local paramedics were brought onboard and transported the patient to the hospital.

The Jackson GOP Club is being sued by its...
Popular

WATCH: Rabbi Avi Schnall: An End to the Tuition Crisis?

As a follow-up to yesterday's action alert from Agudath...
Jackson

A firestorm was sparked after FBI agents executed a...