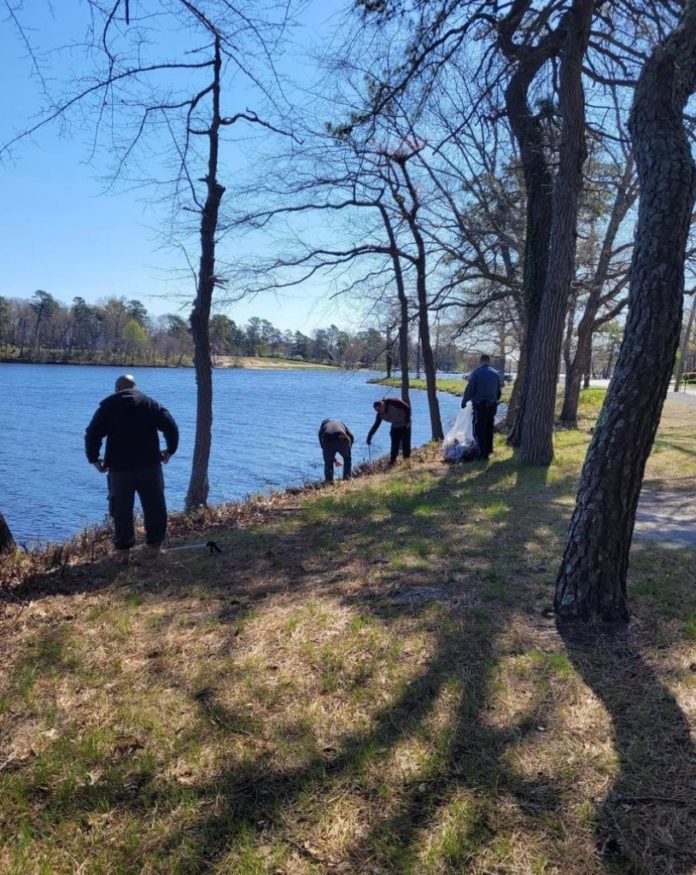 Approximately one dozen people led by Ocean County Corrections PBA 258 gathered Friday at Lakewood’s Lake Carasaljo to clean and beautify the area, clearing garbage, debris, and even discarded bikes and tires from one of the town’s most popular recreational spaces.

PBA officials were joined at the cleanup by additional volunteers from the Lakewood Civilian Safety Watch, National Chaplains Association, and the Lakewood Police Department’s Water Rescue and Bike Units, whose officers joined in the endeavor after concluding unrelated training at the lake.

The effort, organized and led by PBA 258 President Matthew Stillwell and Rebecca Roth, was the first in a planned series of events and activities by PBA 258 to “give back” to the communities it already serves with distinction.

As the state delegate for PBA 258, Ms. Roth says officials are always searching for ways to connect with the community on a more personal level and extend their efforts to residents of the region they serve, including in ways that are beyond the scope of their official duties.

“Life can often be trying, and it can be hard to find the good on some days. But when you can’t find the good, be the good. Today’s cleanup was just a small measure of that guiding philosophy,” Roth said.

“Unlike other agencies, residents don’t see us on their streets and don’t know us. Efforts like today’s is part of our efforts to break down those walls of anonymity,” she added.
Lakewood Mayor Ray Coles said it was heartening to see the efforts PBA 258 and the other volunteers extended to beautification of the township’s lake.

“It is always gratifying to see folks getting together to improve conditions in town, especially in helping to clean around one of Lakewood’s crown jewels, Lake Carasaljo,” said Mayor Coles. “I want to extend the thanks of the Township Committee and all residents of Lakewood to the Corrections Department PBA 258 for volunteering their time and efforts today.”

Lakewood Committeeman Albert Akerman noted how the PBA officials were taking off of their personal time to assist a community it serves.

“The cleanup is a really nice gesture by the Department of Corrections,” said Lakewood Committeeman Albert Akerman. “These officers work hard all week and chose to spend some of their time off beautifying our lake, rather than taking a break and relaxing. It’s truly inspiring and speaks to their level of dedication to the community.”

Ocean County Corrections PBA 258’s officials insist, however, that they are only doing what they love – lending a hand to the people that rely on them. 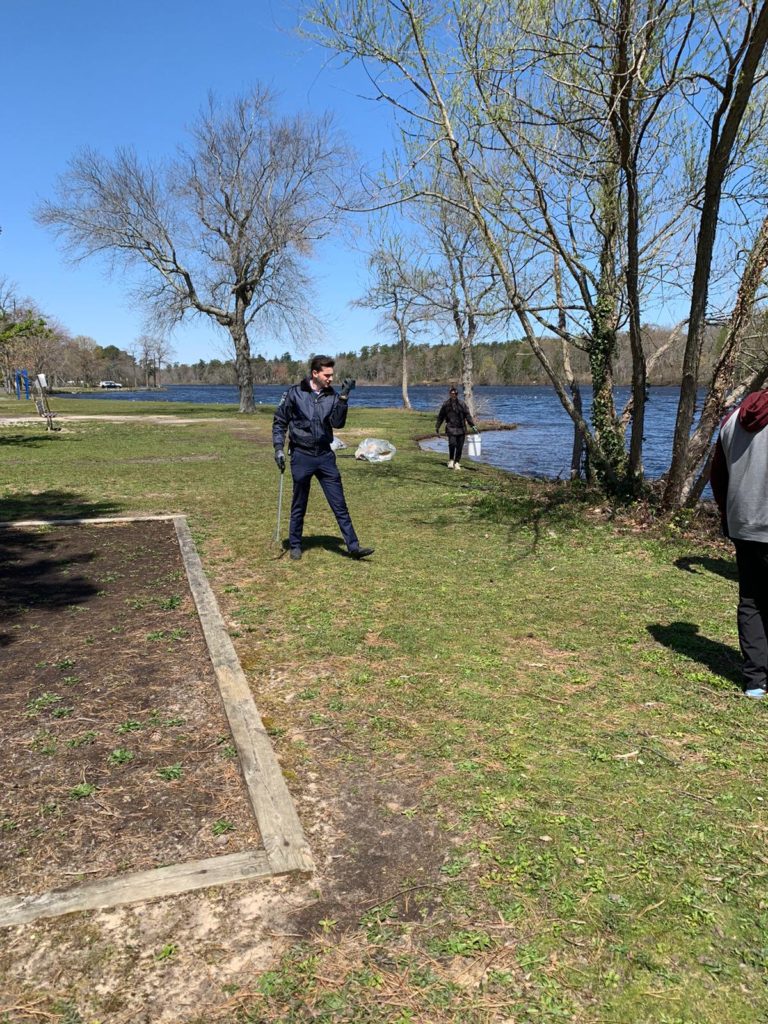 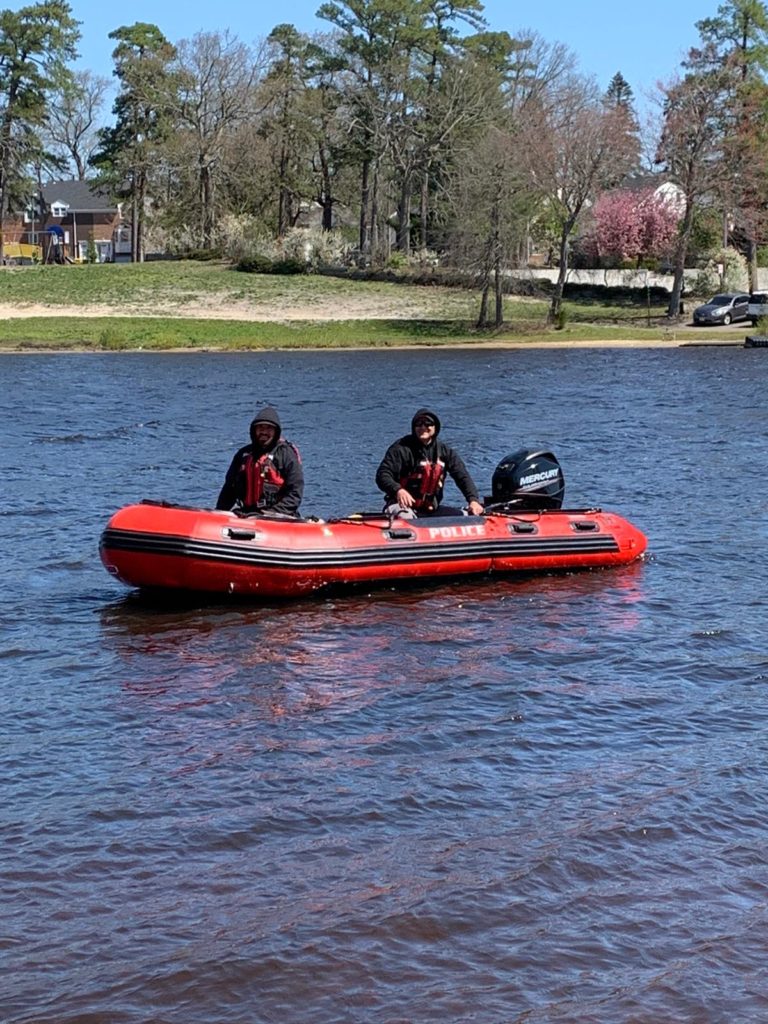 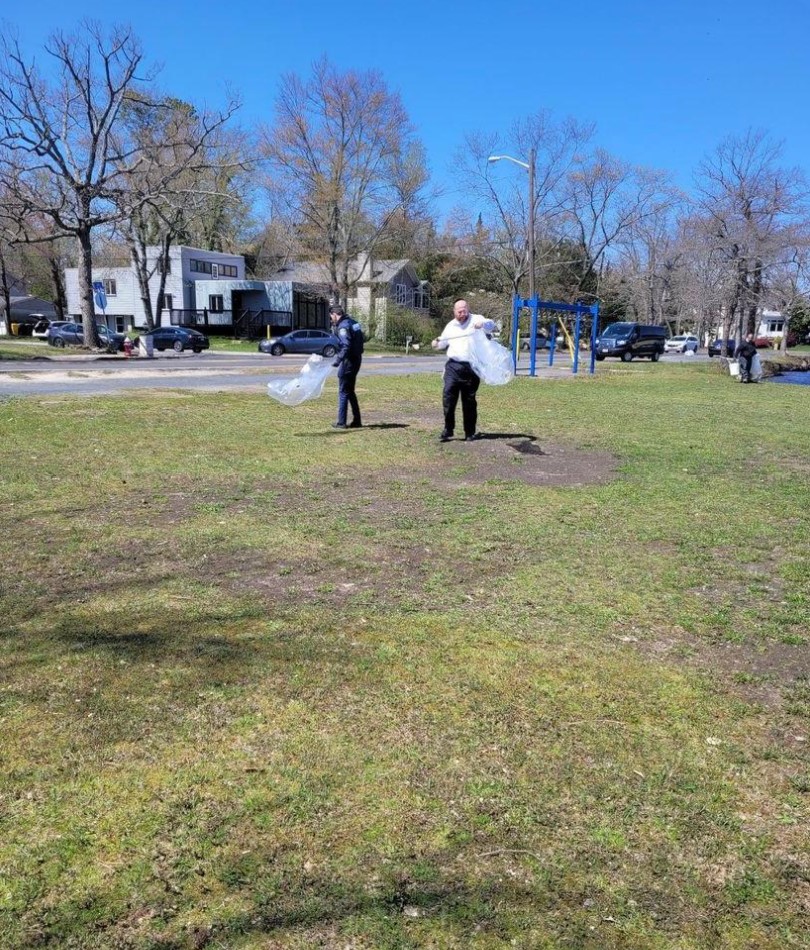 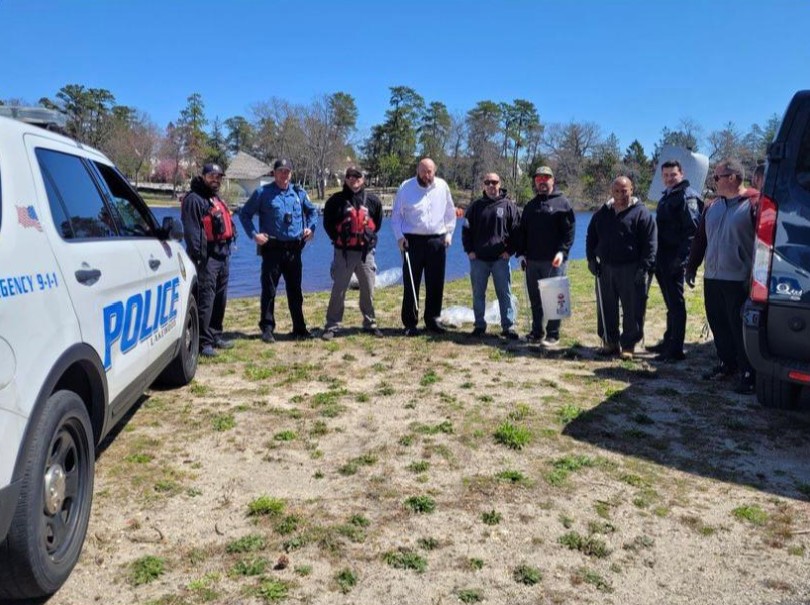 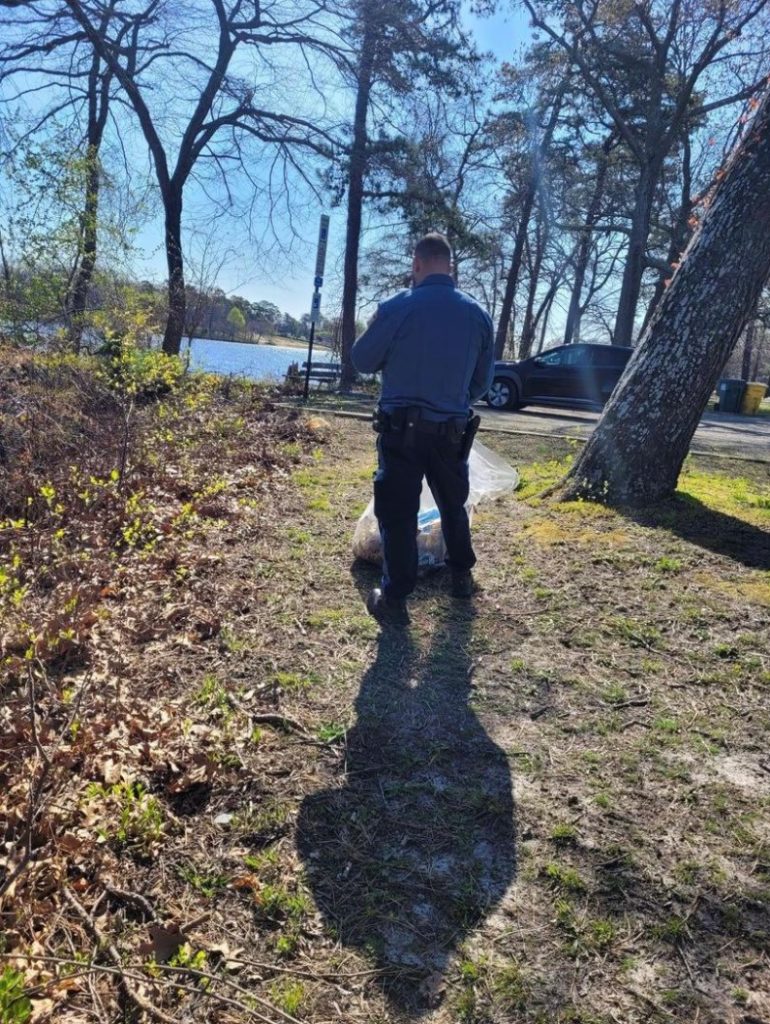 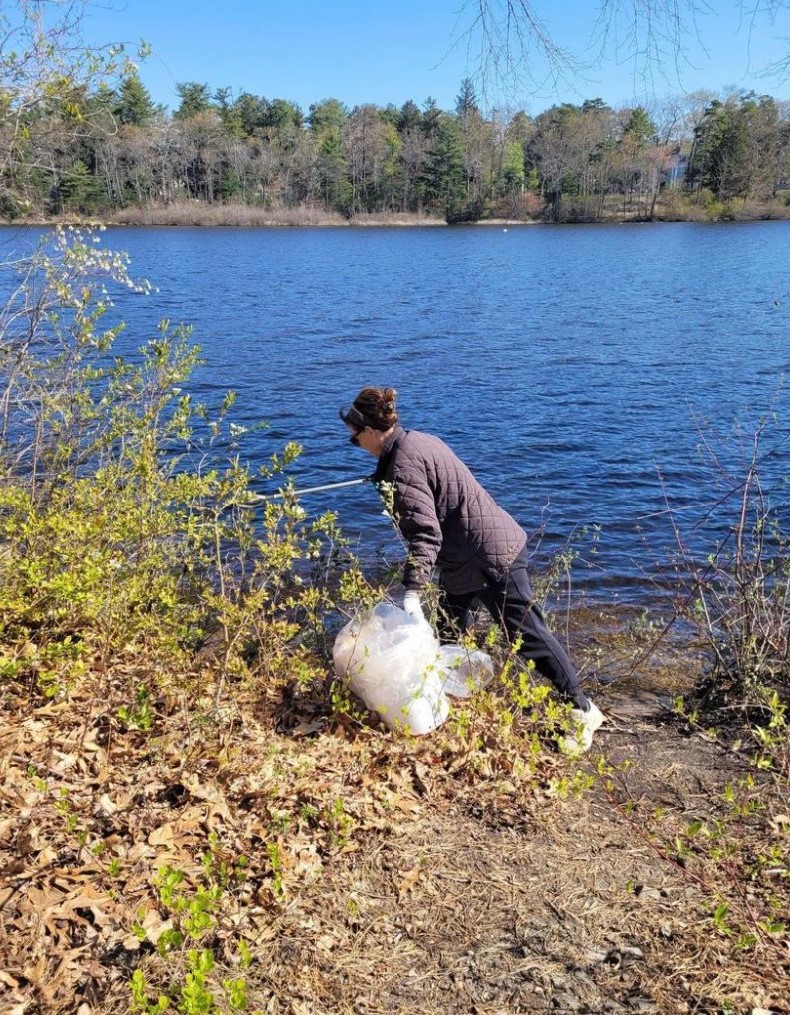 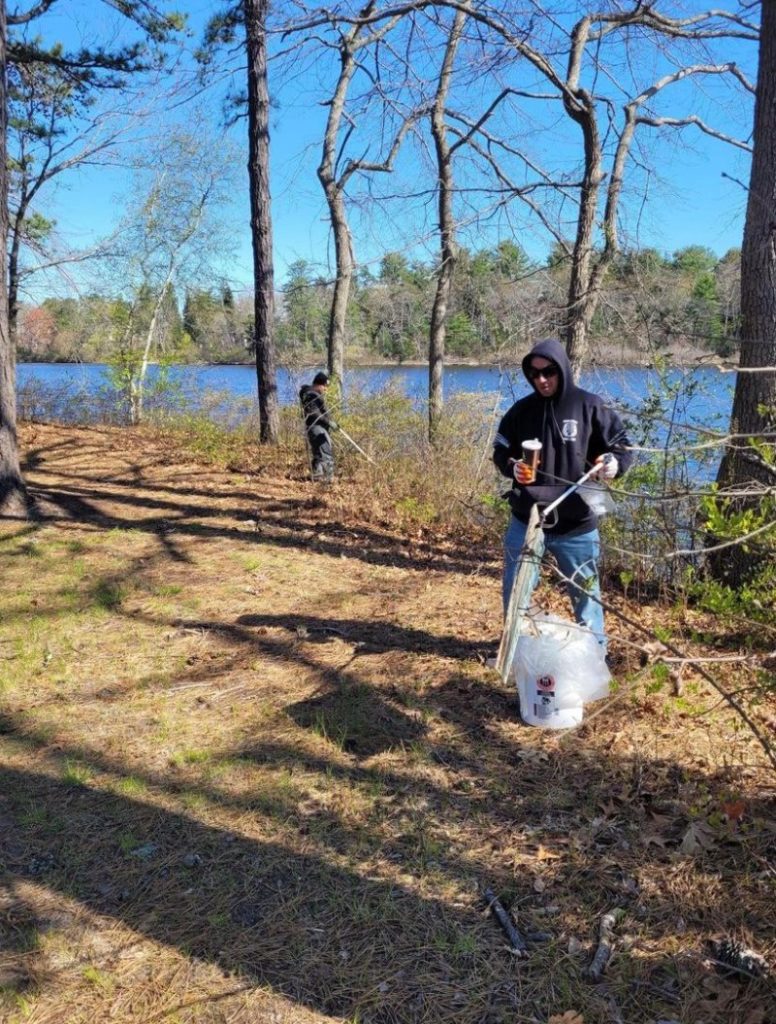 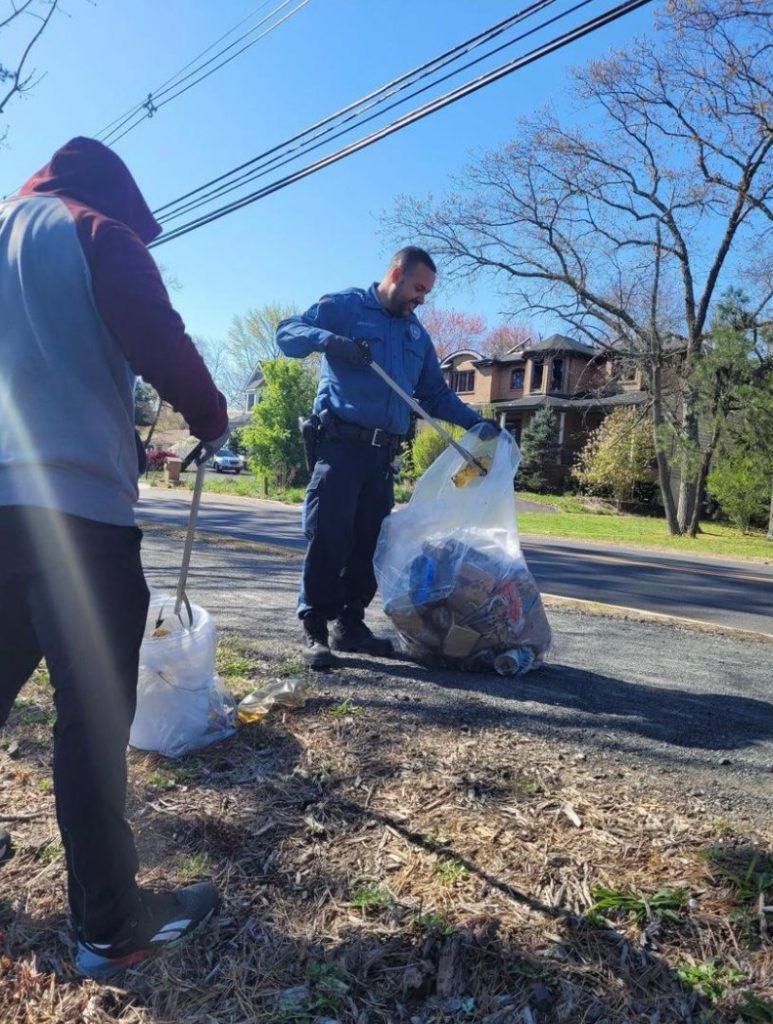 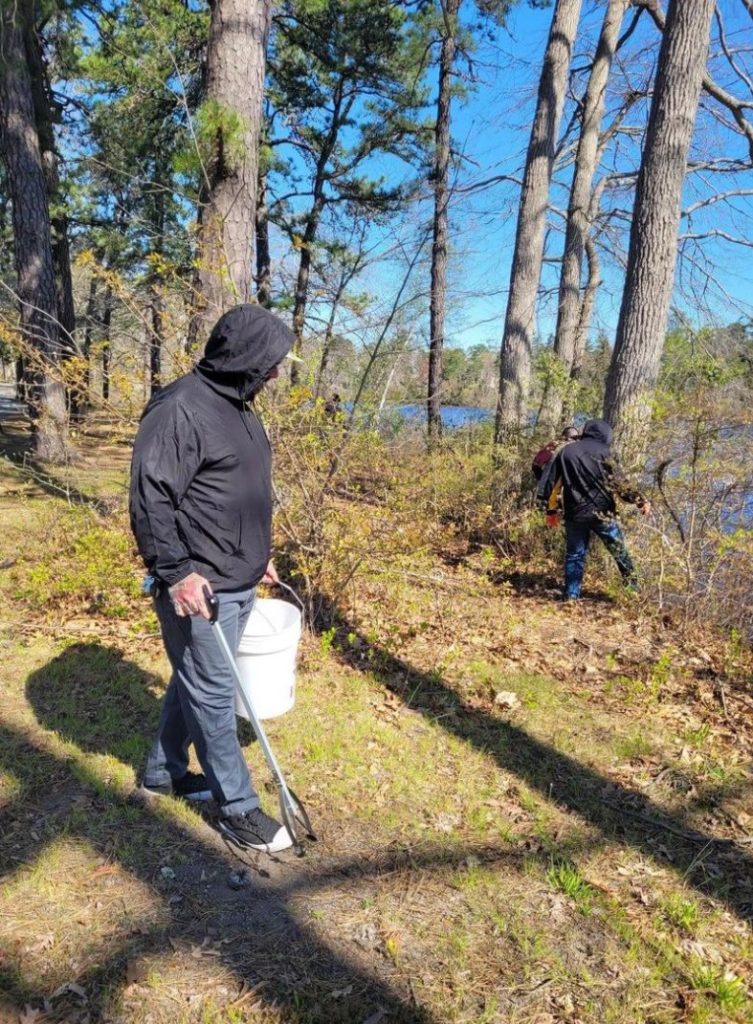 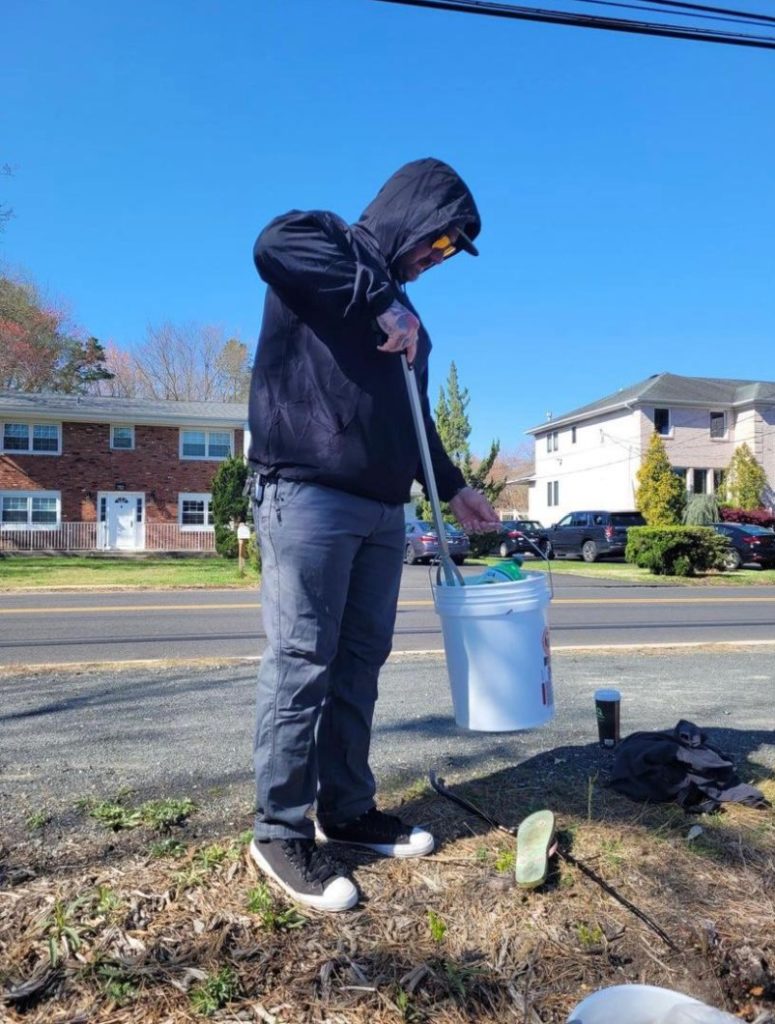 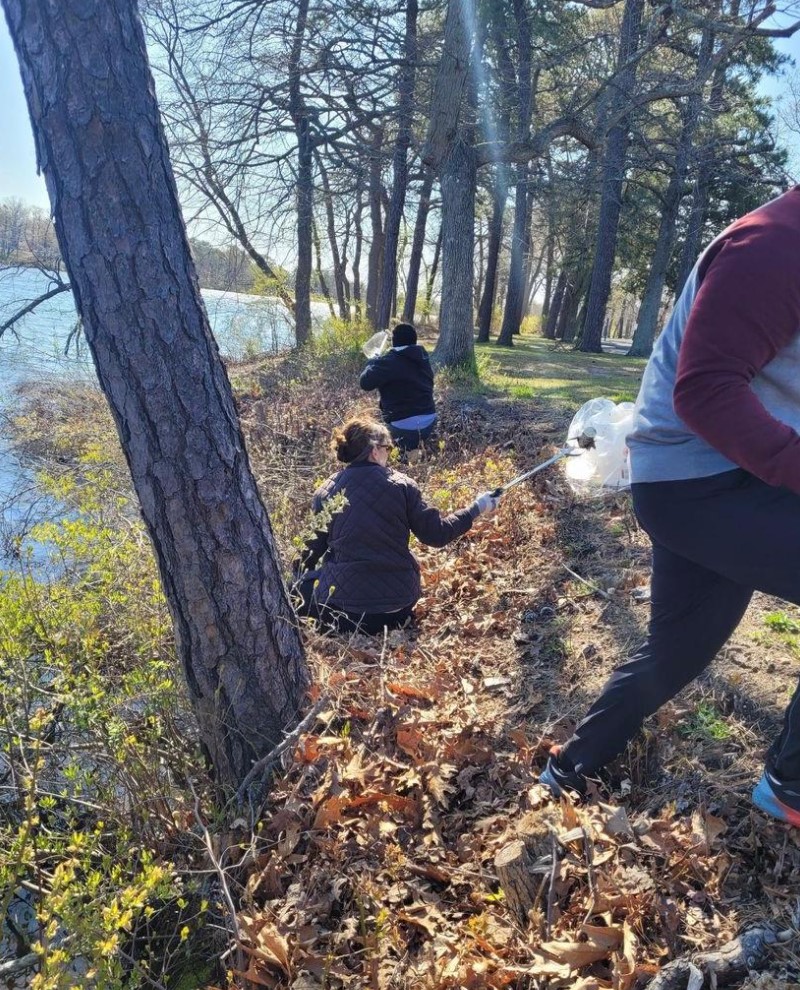 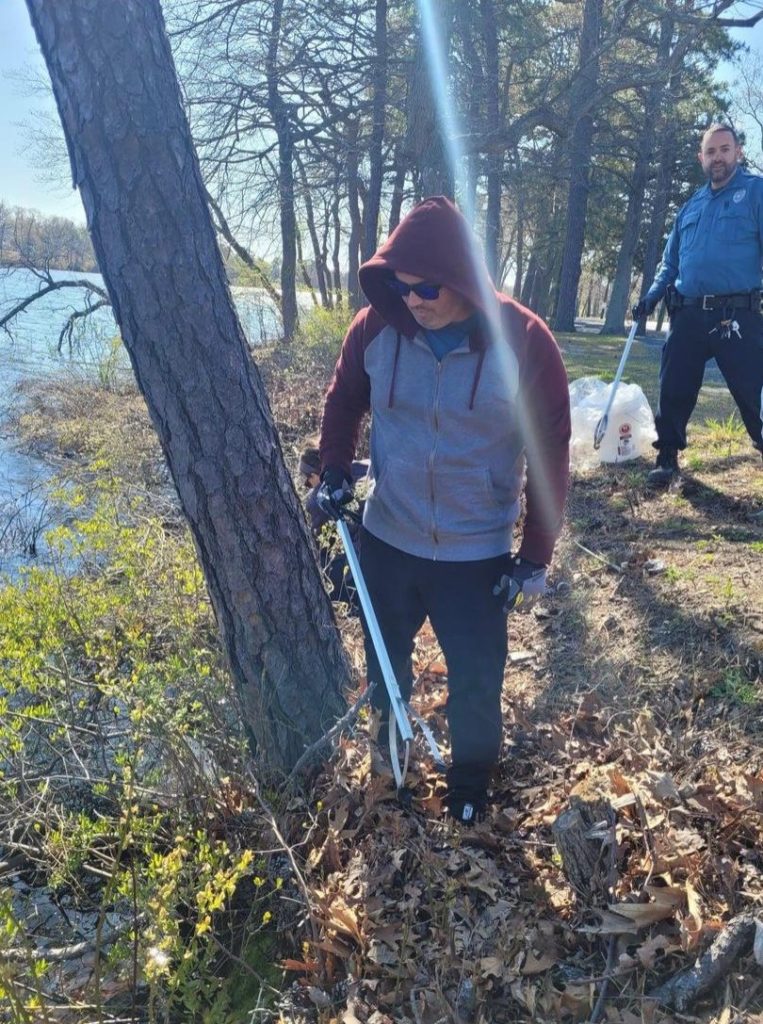 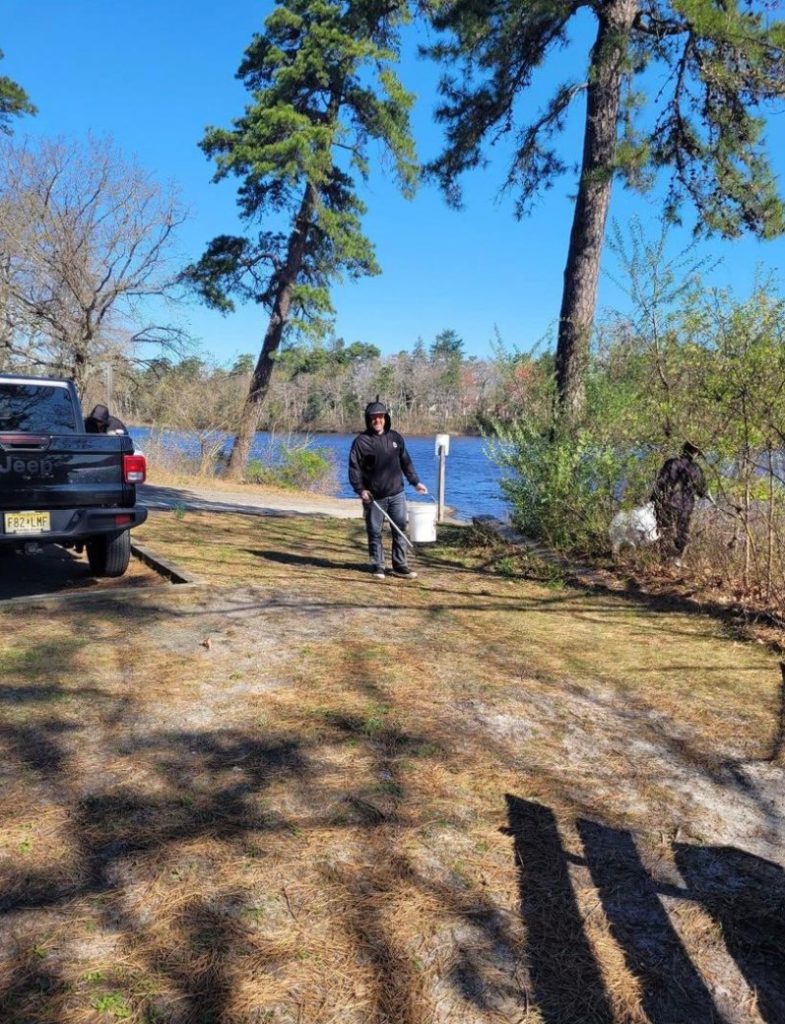