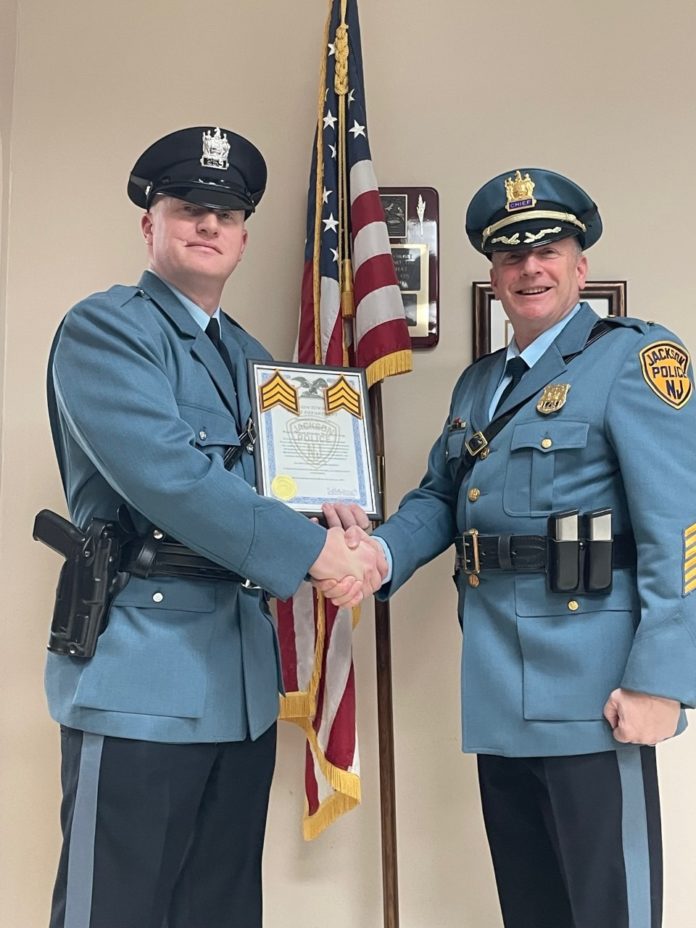 At the January 17th Township Council Meeting, Jackson Chief of Police Matthew Kunz introduced two officers to the public and counsel who were being promoted to the rank of Sergeant.

Born in June of 1983, Sergeant Travisano lived in Union Beach, NJ until the age of 3 when he then moved to Jackson. He is a Jackson Memorial High School graduate, receiving his diploma in 2001. After graduation, Sergeant Travisano attended Ocean county college where I received my Associate’s degree in Social Sciences in 2004.

Sergeant Travisano was hired by the Jackson Township Police Department in 2006. Upon his successful completion from the Monmouth County Police Academy, he was assigned to the patrol division where he worked on all three shifts.

During his tenure with patrol, Sergeant Travisano received the following accolades:
– 2011 MADD Distinguished service award
– 2011 New Jersey Division of Highway Traffic Safety DWI Top Gun award
– Lifesaving ribbon in 2011 for the CPR save of a 76 year old man who suffered cardiac arrest
– Lifesaving Ribbon in 2014 for the rescue of a man trapped in a structure fire

Additionally, Sergeant Travisano was an Officer of the Year nominee in 2014.

Upon this promotion, Sergeant Travisano will now be assigned to the Alpha Days platoon as a patrol sergeant.

Sgt. Robert Reiff #234
Born in Elizabeth, NJ, Sergeant Reiff moved to Jackson in 1968 and is a Jackson Memorial High School graduate, class of 1984. Sergeant Reiff attended both Lock Haven University and Ocean County College after high school. Sgt. Reiff Began career with the Jackson Township Police Department in December 2001. Upon his successful completion from the Ocean County Police Academy, he was assigned to the patrol division where he worked the day shift.

Sgt. Reiff was then assigned to the Detective Bureau in January of 2007 where he remained until his promotion.

Upon this promotion, Sergeant Reiff will now be assigned to the Bravo Days platoon as a patrol sergeant. It should be noted that Sergeant Reiff’s son is also a member of the Jackson Township Police Department.
We congratulate the officers who were promoted and wish them the best in their new assignments. 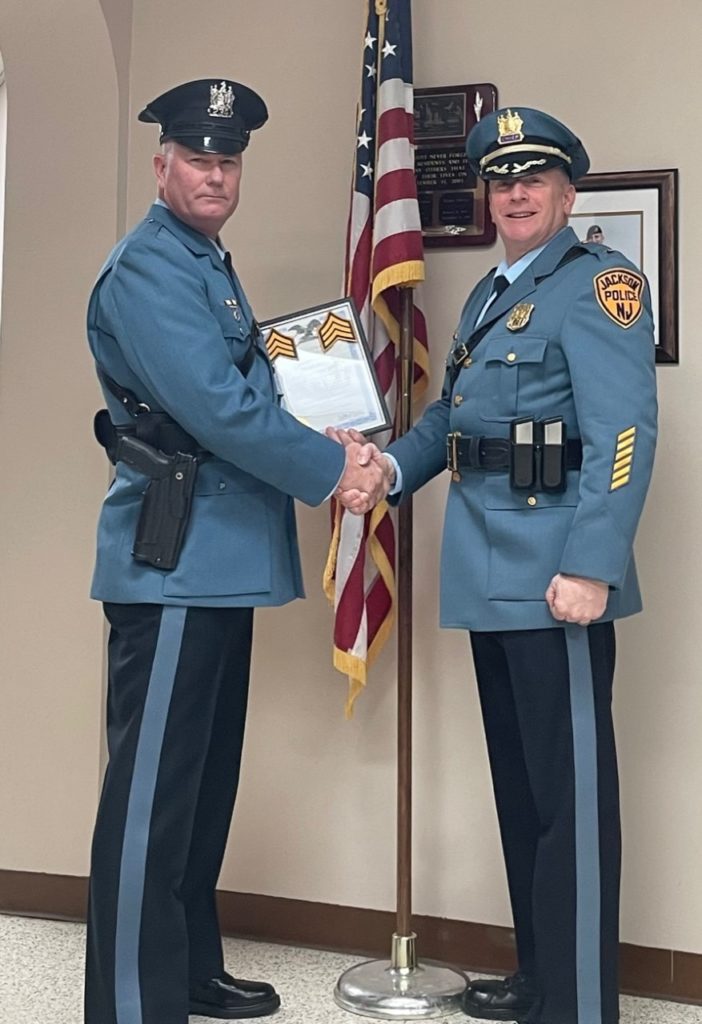 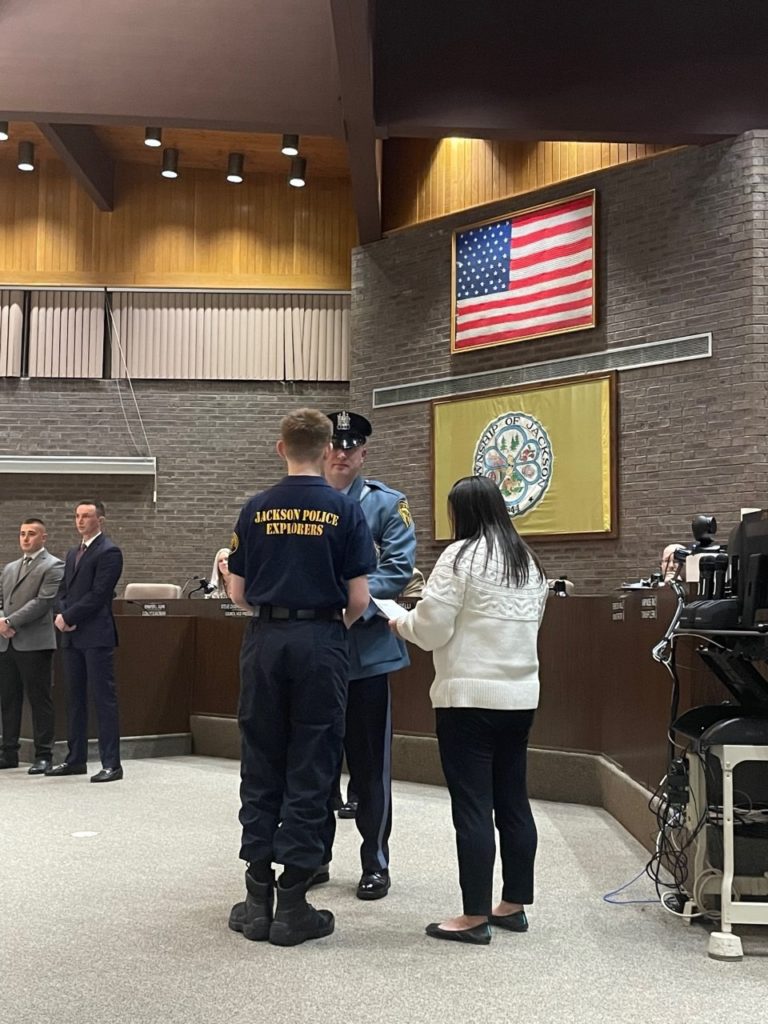 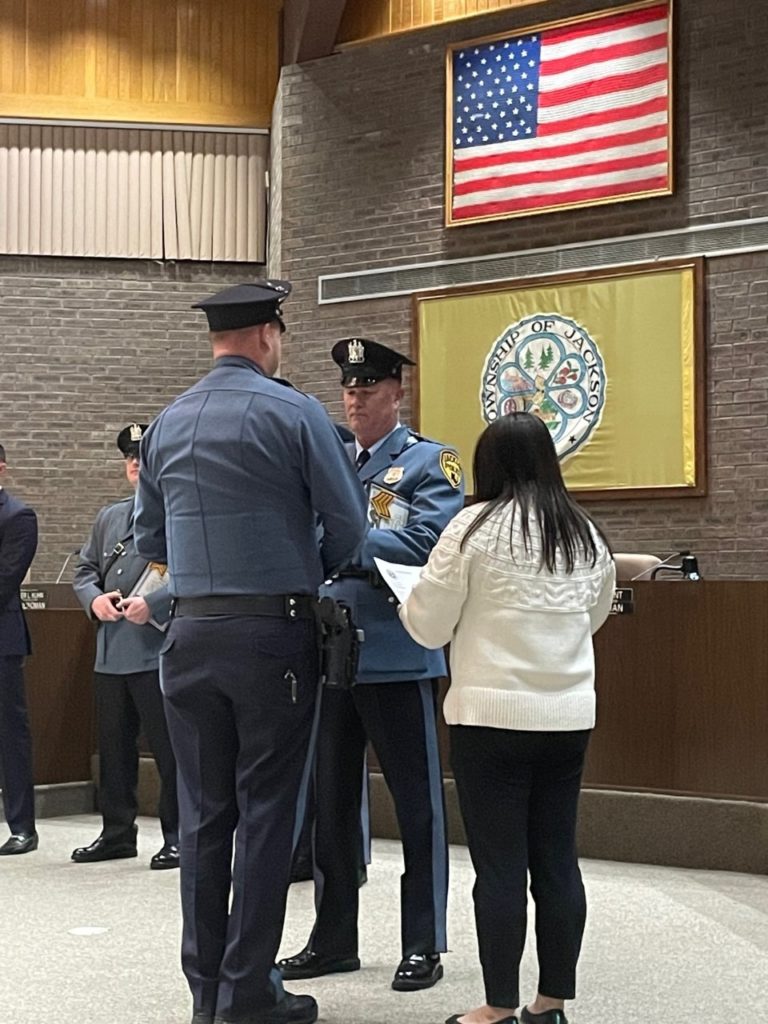 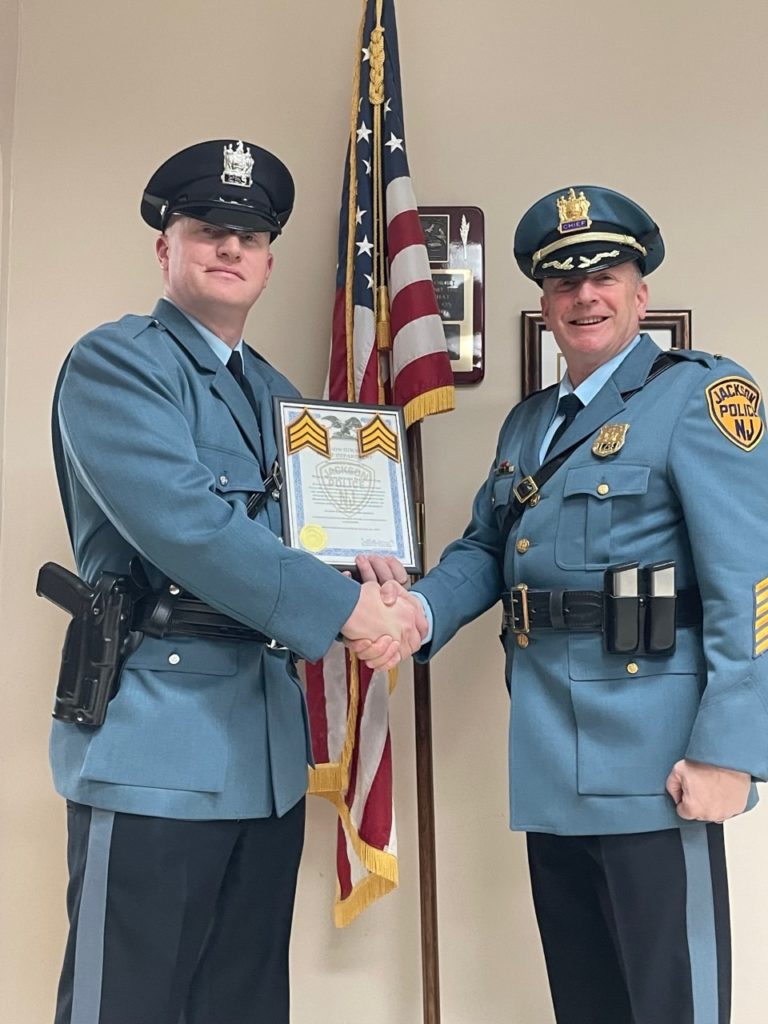