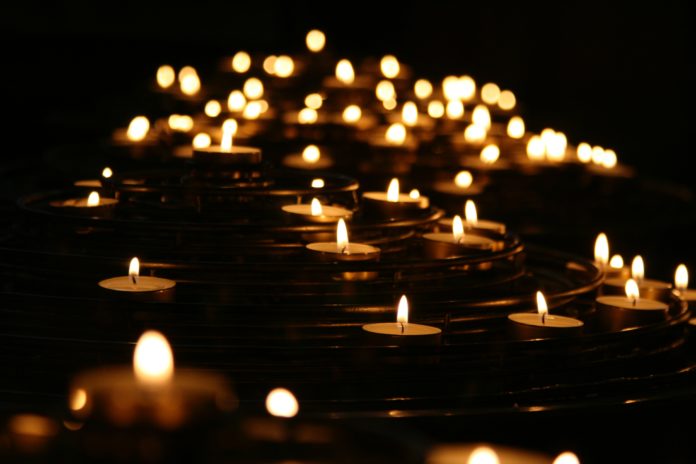 It’s the perfect story. A story of a dilemma, of courage, and ultimately of true triumph. A girl from a home steeped with values; with a core value that anything to do with yiddishkeit is something special. A girl who was getting on in years but had yet to attain the one thing every girl dreams for, to be a mother, an eim b’yisroel. She was 30 years old and her heart had a burning desire to give and to nurture.

And someone thought of a shidduch prospect for her, and no doubt this person thought twice about even suggesting the idea. A wonderful guy, but he’d be coming along with not one, not two, but three children (great kids btw, really special). But she was determined to build a marriage, a home, a family.

Happily ever after is an understatement; to us, her grandchildren, she was Bubby. The cookies, the kugels, the latkes, the chanukah gelt. To the world, she was the famous Mrs. Zlotowitz, the wife of Rabbi Meir Zlotowitz z”l, a man who made history with remarkable achievements in ruchniyus and in material accomplishment as well. She had a life of friendships with many Gedolim and leaders; vacationing with the posek hador, Succos in Yerushalayim, Pesach at the Hotel, and many Shabbosos and events in between spent with the most effective people of our times. All because she dared to sacrifice for a dream. A perfect story of a dilemma, courage and triumph.

When Rochel Imeinu finally had a child after all those years of waiting, the pasuk says it was because “Vayizkor Elokim es Rachel”, Hashem remembered something about Rachel. What did Hashem remember about Rachel? Rashi brings from chazal that Hashem remembered that she was standing at the cusp of marrying Yaakov Avinu with whom she aspired to build a nation, and yet she was moiser nefesh so as not to embarrass her sister and facilitated that Leah would instead take her place. Tremendous sacrifice indeed; she literally gave it all up, or at least she thought so. Yet Chazal say that really Rachel was an akarah, medically she had no chance of bearing a child, of building any shevatim. Had she married Yaakov initially, no shevatim would have come from her. It was only through the merit of her mesirus nefesh that she merited children at all. So in retrospect, did Rochel Imeinu lose out with her mesirus nefesh? Until this very day we visit Kever Rachel, hoping to tap into these zechusim.

The story of Mrs Faiga Rochel Zlotowitz a”h is not just the perfect story, it’s the perfect Jewish story, and another link in a chain of Jewish stories. The story of Am Yisrael, is one of building and prospering through mesirus nefesh. Am Yisrael Chai, Klal yisrael endures not despite the challenges but rather through the challenges which build us up. Such as the challenge of a young man who faced a terrifying dilemma. Stuck between a rock and a hard place, he goes where a good Jew goes when faced with a quandary, he goes to his Rebbi, who cautions him, and I quote “there will be many dark nights ahead” but he gave his berachah that he can go ahead and do something so wildly unpopular and unheard of. But he gave his berachah, Rav Moshe Feinstein’s berachah. What was that berachah? The berachah of course was Bubby, that’s all Zaidy needed to build and build and build some more.

Emunah is not just about believing in Hashem’s ways, it’s about believing in ourselves, that our actions matter as when we do what’s right, the outcomes will be good. Do what Hashem wants you to do, despite the challenges, and he will see you through to victory.

There are always challenges. It’s hard to understand today how something like haskallah was such a challenge, how ideology was ever an “in thing”. It’s even hard to understand now that not so long ago the nisayon of college made it so challenging for a bachur to remain in yeshiva past high school. But in essence with any challenge the matter at hand is barely half the issue, the real challenge is the overwhelming force of the demands and dictates of society. And the, “that’s what everyones doing”.

The Queen of England once hosted a big event at the palace with all the dignitaries of the British Kingdom in attendance. And in enters the Prime Minister Margeret Thatcher, and there’s a gasp and a silence. The Prime Minister entered wearing an identical dress to that of the Queen. An absolute disaster. After the event Margarate Thatcher hastily writes a letter to the Queen apologizing for the mishap. The reply from the Queen’s office was quick in coming, and read, “The Queen of England does not notice what other people wear”.

There’s the life of a portrait, an image. Utilized as a post or a status on a screen it struggles to compete in a competition which nobody can ever win, struggling mightily to gain a few glances before its pixels dissipate. Or there’s the life of a portrait displayed in an art gallery where each painting is framed properly under its own spotlight where it can be understood and appreciated for the beauty which it holds.

Rachel Imeinu’s act wasn’t just a one time act, it had ramifications for a lifetime, it meant sharing Yaakov with others. It’s an obvious fact that a stepchild is not the same as a biological child, it’s not precisely the same. To take this on and live an entire life and never to differentiate, l’chalek ben bein habanim, is unreal. You need to have gevuras halev and strong principles, and an ideal that the only fight worth fighting is fighting for shalom itself.

Royalty does not care what everyone else is doing, it answers only to the highest of callings as it travels along the high road. A beautiful family was built because there was a queen who rose above the everybodys with gevuras halev and with royalty.