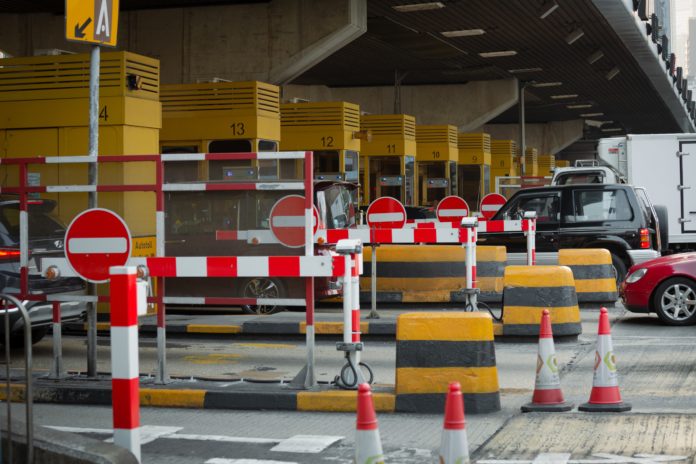 In response to a New Jersey law that would prevent the sharing of information about camera-generated tickets with other states, New York State lawmakers have proposed a law that would slap an extra $50 of tolls on New Jersey drivers coming into Manhattan.

The proposed law in New Jersey, already passed in the Senate and awaiting Assembly approval, would bar the Motor Vehicle Commission from sharing drivers’ personal information with states seeking fines from them over tickets issued to them for speeding or running red lights. This has deeply angered New York officials, who rely on the money brought in by the fines.

So, in addition to a $23 surcharge for all drivers coming into certain parts of Manhattan, New York lawmakers wants to slap an extra $50 in tolls for drivers coming from “non-cooperative” states, aka New Jersey.

“It’s my hope that the very prospect of this legislation might convince some New Jersey politicians to come to their senses,” said NYS Assemblyman Jeff Dinowitz. “There’s going to have to be a price to pay if my bill passes.”

“The only thing that this has accomplished is that the idiots that introduced it demonstrated just how stupid they are,” said Republican NJ Senator Decland O’Scanlon, noting that states with red light and speeding cameras don’t have lower fatality or accident rates.

“These guys are not simply satisfied with victimizing their own constituents – and hey, those constituents have to suffer for having the leadership in New York that supports this government-sanctioned theft. But they want to come after constituents, too,” he added.

O’Scanlon said if New York lawmakers want to go this route, he can escalate the battle further.

“Maybe I’ll do a bill that’s going to charge New York drivers $100. And New York drivers won’t get… out of the left lane, so charging each of them $100 I think would be a little bit of justice,” he said. “So where does it stop? It’s just foolishness.”