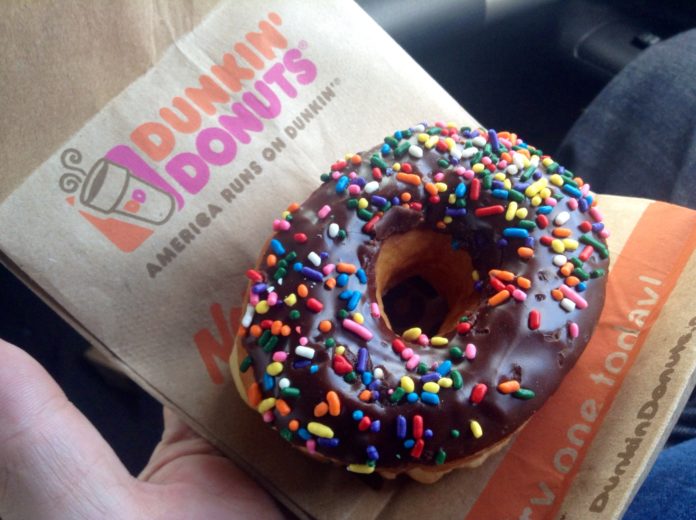 A Manchester man irate over Dunkin’s refusal to refund $4.54 on his gift card has filed a federal lawsuit seeking $5 million in damages from the company.

Daniel Crooks, the man who filed the lawsuit, wrote in his complaint that “Defendants have been unjustly enriched in retaining the revenues derived from Plaintiff’s and Class members’ Gift Card balance remainders.”

“Retention of those moneys under these circumstances is unjust and inequitable because Defendants did not disclose that their Gift Card balances were non-refundable despite the explicit terms stating that the balances were refundable under certain conditions,” Crook says.

“These small balances add up,” the lawsuit states. “Defendants have distributed millions of these cards to Gift Card purchasers and holders throughout the United States. Thus, Defendants have acquired at least millions of dollars in revenue to which they are not entitled.”

The lawsuit was filed in a federal court in Massachusetts, where Dunkin’ headquarters are located.