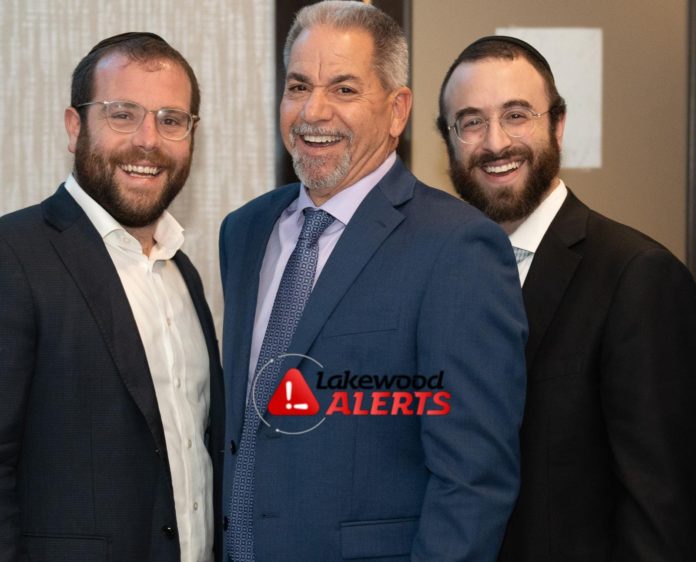 A lot has been made in recent weeks of Jewish communal efforts to get various candidates elected, most prominently Lee Zeldin in the New York governor’s race, Mike Lawler in NY-17, and various other races in the tri-state area and beyond. The results were ultimately a mixed bag; some attempts to install pro-Jewish and pro-yeshiva candidates were hoisted to victory; others put up valiant fights but ultimately fell flat on Election Day.

While many celebrated the victory of candidates like Mike Lawler in the NY-17 congressional race, who was largely propelled to triumph by strong support from the Chasidic community, what was perhaps the most significant win for the Jewish community took place elsewhere – specifically, in Jackson, New Jersey.

candidates who would give them a voice in government. And thus began a monthslong campaign to drive frum residents to the polls. Calls, meetings, shul announcements, robocalls and flyers blanketed Jackson homes in an unavoidable tidal wave of advocacy for Mike Reina and his running mates. WhatsApp groups lit up with get out the vote messages, rabbanim spoke in their respective shuls of the urgency of the moment, Agudah’s Rabbi Avi Schnall held joint events with the JJCC, and a data list was compiled listing every Jewish family and the number of eligible voters they had.

Election Day itself was a flurry of activity. More than a dozen high school girls manned a phone bank in Agudath Israel of America’s New Jersey headquarters in Lakewood, calling residents and urging them to get out and vote.

Similar results were seen in the vote difference between Reina’s winning running mates and Flemming’s losing running mates. The Orthodox Jewish community had stood up for what mattered to them and emerged victorious.

A map of Jackson Township showing the areas that voted for each candidate provides an incredible look at what the Orthodox Jewish community pulled off. In the below graphic, the blue-shaded area represents parts of the township whose majority voted for Marty Flemming, while the green-shaded area shows the neighborhoods that voted for Reina. Orthodox Jewish residents are heavily represented in the green areas. 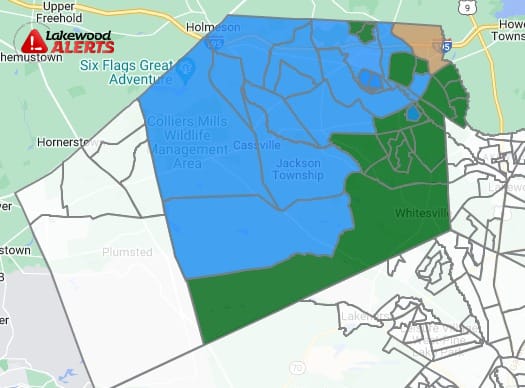 The results are even more impressive considering the results of a get out the vote campaign in Lakewood on which hundreds of thousands of dollars were spent. In Lakewood, about 40% of all voters cast ballots in the election, and less than 35% of Orthodox Jewish residents voted. Compared to the poorly funded Jackson effort, the Lakewood campaign looked mediocre, at best.

Asked who deserves the credit for the stunning win, Jackson Jewish Community Council representatives declined to accept credit, instead pointing to Agudath Israel of America and its New Jersey director, Rabbi Avi Schnall, as the force of behind the campaign to get out of the vote.

“Rabbi Schnall was, ultimately, the driving force that brought this victory to fruition,” said JJCC member Tzvi Herman. “Every resource at his disposable was made available to us so that we could get out the vote. Day in and day out, his leadership, insight, and profound understanding of the Ocean County political puzzle provided the path to victory.”

In turn, Rabbi Schnall was quick to brush off the accolades coming his way, insisting that the results were a testament to the achdus of the Jackson community and the hard work of the JJCC.

“When it comes down to it, people have to vote. You can thank whomever you want, but at the end of the day, the people made their voices heard by going to the voting booth,” Rabbi Schnall told YWN. “And of course, the Jackson Jewish Community Council played a tremendous role in that happening. What they pulled off here is not only incredible, but also lays out a blueprint for other maligned Jewish communities to take charge and change their fortunes through the ballot box.”