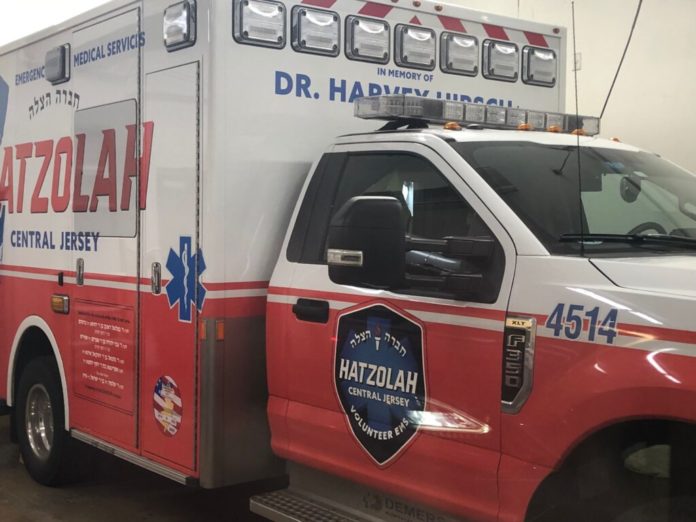 For the past while, a Jackson resident has been working to open a new Hatzolah emergency medical service that would operate specifically in Jackson. Until now, Hatzolah of Central Jersey has been providing emergency responses in medical emergencies to the entire Lakewood region, but one individual saw it as not enough.

His plans, however, hit a brick wall in recent days after Jackson’s rabbanim met Thursday night to discuss the situation. Over the course of the meeting, every rav made it clear that Hatzolah of Central Jersey is to be the sole provider of emergency medical services to Jackson residents, and that only Hatzolah of Central Jersey would be recognized as a legitimate service.

Further moves will be taken in the coming days to solidify Hatzolah of Central Jersey as the frum responding medical services agencies. Details of those moves will be reported on soon.

Sources tell Lakewood Alerts that the individual who is trying to open Hatzolah of Jackson was previously rejected from joining Boro Park Hatzolah and Flatbush Hatzolah and is therefore now attempting to create his own service.

Hatzolah of Central Jersey currently has 16 members in Jackson covering all the different neighborhoods of Jackson, as well as 2 brand new ambulances and 2 first response vehicles located in Jackson.