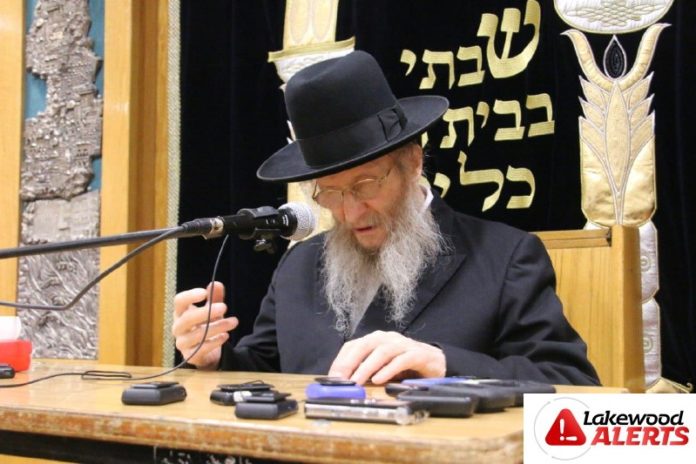 The famed mashgiach, HaGaon HaRav Don Segal, embarked on a two-week trip to the United States on Tuesday, where he will deliver multiple vaadim and shmuessen ahead of the Yamim Noraim.

The mashgiach will speak four times in Beth Medrash Govoha with the participation of the roshei yeshiva, and will deliver further talks at various batei midrashim and kollelim in Lakewood and beyond.

Rav Segal shlit”a used to come to America often and stay for lengthy periods of time, but now spends most of the year in Eretz Yisroel. Following his two-week trip, he will return to his yeshiva in Eretz Yisroel to continue ingraining his mores and values to his bochurim.