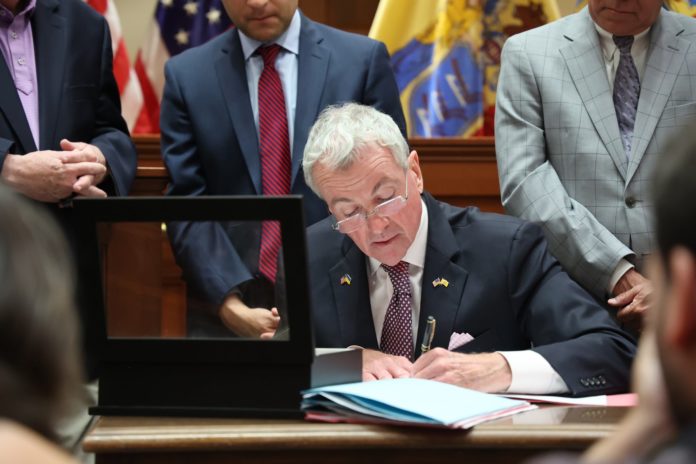 The new laws mandate firearms training for those seeking a permit, bans .50 caliber guns, makes it easier to sue gun manufacturers over crimes committed with their guns, forces people moving in from out-of-state to register their weapons, requires micro-stamping on guns, regulates ammunition, and cracks down on so-called ghost guns.

“They are common sense, they are smart, they live up to our Jersey values,” Murphy said of the bills before signing them.

“On April 15, 2021, we unveiled our Gun Safety 3.0 Package. Since then, there have been more than 870 mass shootings in America,” Murphy tweeted. “Today, in honor of those precious lives lost to gun violence, I signed seven sweeping commonsense gun safety reforms.”