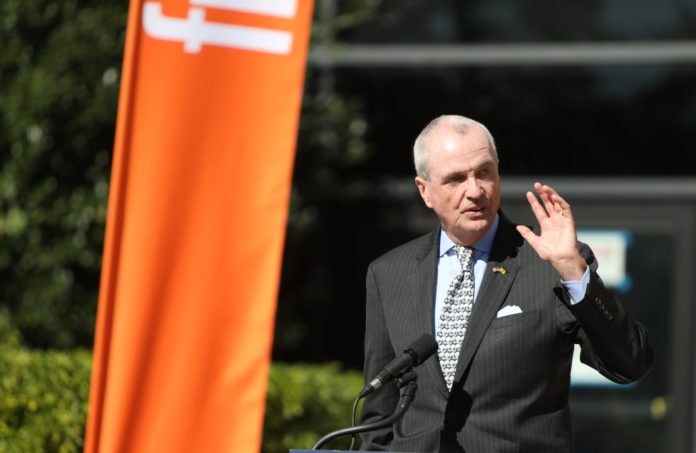 Governor Phil Murphy on Monday delivered the following remarks, calling for increased gun control measures in response to the Buffalo mass shooting which killed 10, as well as several other recent mass shootings across the country.

His remarks read as follows:

Before we begin, I want to briefly address the horrific instances of gun violence which occurred this weekend that have left more Americans dead and injured.

More than 20 people shot in Milwaukee, Wisconsin, where basketball fans were gathered outside an arena for the NBA playoffs …

One killed and five wounded a church in Laguna Woods, California …

Two dead and three wounded at a flea market in Houston, Texas …

And in Buffalo, New York, where an 18-year-old white supremacist, pumped full of racist and nationalist conspiracies, targeted Black residents doing nothing more than shopping for their groceries, shooting 13 and killing 10 in what we cannot call anything but an act of domestic terrorism.

Cue the expected and pitiful expressions of “thoughts and prayers” from those held so powerfully in the grip of the gun lobby.

And, as it pertains to Buffalo, cue the hurried backpedaling from the right-wing talking heads and politicians who have so freely and openly peddled the garbage “replacement conspiracy” – I can’t bring myself to call it a theory – and who can’t possibly believe that the words they’ve poisoned our airwaves and rotted our civic dialogue with could actually come home to roost.

I think every single one of them knows where they can shove their “thoughts and prayers.”

Again, it is well past time for outrage and action.

Again, it is well past time for Congress to step up and pass real nationwide gun safety legislation.

And, here in New Jersey, where I am proud of the stands we’ve made for gun safety, I call again on the Legislature to pass our Gun Safety 3.0 package of legislation to not only make it harder for guns to fall into the wrong hands but to give law enforcement greater tools to protect communities.

That headline is supposed to be a joke.

And we can prevent it at the ballot box by electing candidates at every level – but especially the House and Senate – firmly committed to commonsense gun safety.

This is the time to say where you stand. There can be no safe place for any candidate or any elected official seeking wiggle room on guns to hide.

Wiggle room is how we end up with 16 dead Americans in one fitful weekend – more than half of whom were targeted just because they were Black.