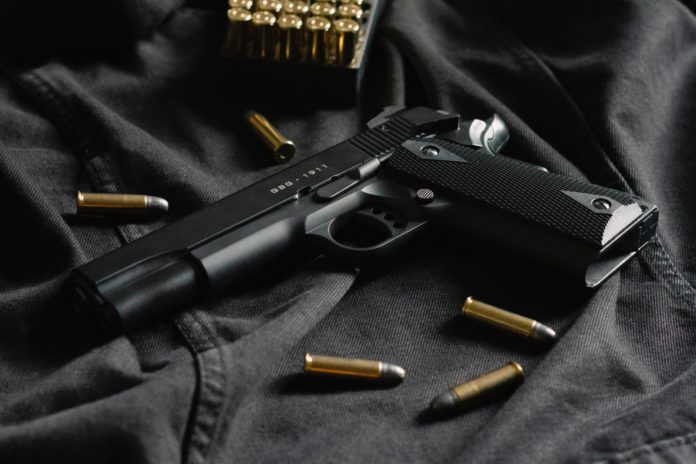 Governor Phil Murphy today signed A4769/S3214, delivering on the promise he made in the immediate aftermath of the U.S. Supreme Court’s Bruen decision when he unveiled a legislative proposal to maintain New Jersey’s status as a state with one of the strictest gun laws by strengthening restrictions for who is eligible for a public carry permit, and establishing a list of places where people with carry permits cannot bring their firearms.

In June, the U.S. Supreme Court ruled in the N.Y. State Rifle and Pistol Association v. Bruen case that it is impermissible to require applicants in New York to show “proper cause” to carry a handgun in public, which had the effect of invalidating New Jersey’s longstanding laws restricting public carry to those who could demonstrate a “justifiable need”. Less than 24 hours later, Governor Murphy unveiled a comprehensive proposal that, consistent with Bruen, would strengthen the statutory disqualifiers for those eligible for a carry permit, while significantly expanding the list of sensitive places where individuals cannot carry firearms.

Under the law signed today, the list of sensitive places where concealed carry is not permissible includes the following three categories (a complete list is included in the law):

In addition to these three categories, this bill sets a default rule that firearms cannot be carried on private property, including homes, businesses, stores, and houses of worship, unless the property owner expressly communicates permission through express consent or specific signage. The only exceptions to these rules are for law enforcement officers or private security guards.

In addition to the expanded list of sensitive places, the bill will strengthen permit requirements by expanding ineligibility for a carry permit to the following groups:

The bill also makes for a more vigorous carry permit application process. Applicants must now include four endorsements of character from non-related persons. Upon submission of their application, applicants and their endorsers must now be interviewed by law enforcement to determine whether the applicant is likely to engage in conduct that would result in harm to themselves or others.

Additionally, New Jersey will become the first state in the nation to require all permit carriers to maintain and provide proof of liability insurance with coverage for at least $300,000 on account of injury, death, or damage to property arising out of ownership, maintenance, operation, or use of a firearm.

The bill also increases the handgun permit application fee to $25 from the $2 mark, where it has sat since 1966.