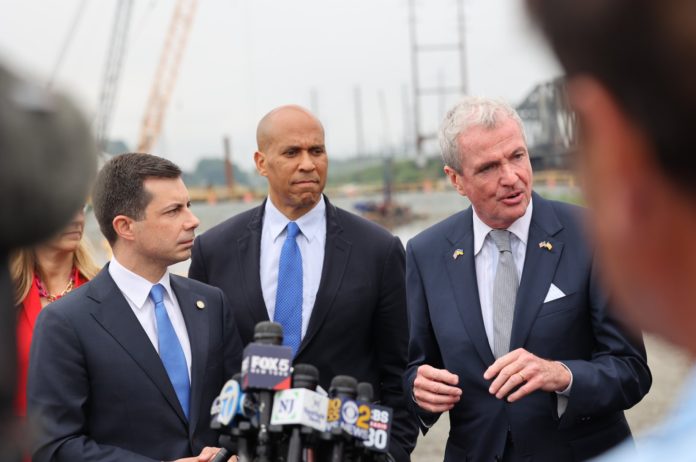 The presidential aspirations of Governor Phil Murphy and Senator Cory Booker are no secret. The governor has been making moves across the country and in Washington itself – and even getting some hair restoration work – gearing up for a possible run for the presidency. And, of course, Senator Booker already ran for president in 2016, and it’s almost certain he will try again.

Unfortunately for both of them, the governor and senator are currently longshots for even getting close to the Democratic nomination in 2024, were President Biden not to run again.

A McLaughlin & Associates poll found that Senator Cory Booker is the choice of just 3% of Democrats for the 2024 nomination. Governor Murphy is doing even worse – just 1% of Democrats say they want to see him as their presidential nominee. Murphy has been at 1% in the poll for three months now.

The favorites for the Democratic nomination are Michelle Obama (16%), Vice President Kamala Harris (15%), followed by Sen. Bernie Sanders and Hillary Clinton with 7%, and Transportation Secretary Pete Buttigieg with 6%.

Among Republican voters, Trump holds a wide lead for the 2024 nomination, getting the support of 55% of primary voters, followed by Florida Gov. Ron DeSantis who is supporters 15%. Former Vice President Mike Pence got 6% in the poll, Sen. Mitt Romney got 4%, and Rep. Liz Cheney got 3%.