Gov. Murphy Embarks on Trip to Israel Despite Raging War 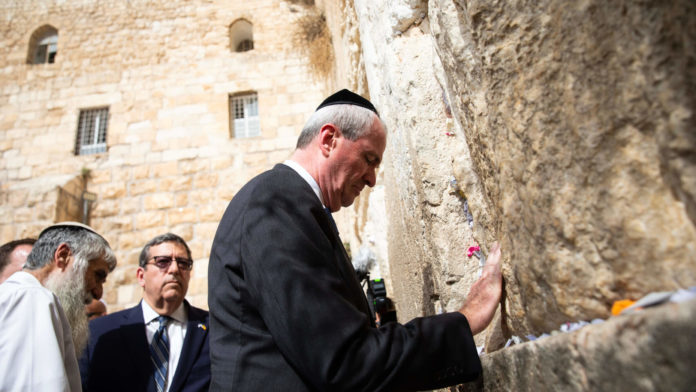 Governor Phil Murphy is beginning a four-day trip to Israel on Sunday, despite war raging between the Jewish State and the Islamic Jihad terror group in Gaza.

The trip is Murphy’s third since being elected governor in 2017 and his eighth since 2014. He is scheduled to meet with Israeli President Yitzchok Herzog, business and tech leaders, as well as Palestinian leaders in Ramallah. He will also visit the Kosel and Yad Vashem Holocaust Museum.

Murphy said he is “excited” for the trip and looks forward to “deepening ties with one of our country’s most important allies.”

“I have never let the circumstances of the moment get in the way of my going there,” Murphy said, referring to the tit-for-tat strikes between the IDF and Islamic Jihad terrorists. He noted that his first trip to Israel came in the summer of 2014, during a major war between Israel and terrorist factions in the Gaza Strip.

“If you’re not with folks you claim are friends with us at challenging times, then what kind of a friend are you?” Murphy said. “A friend is a friend, and we are going to make sure we remind folks that Israel is as strong of an ally that we have.”

Over the course of the now three-day war between the IDF and Islamic Jihad, Israeli airstrikes have effectively decapitated the terror organization’s military leadership. The Islamic Jihad have fired roughly 800 rockets and mortars into non-military civilian centers in Israel, with nearly 200 of them falling in Gaza, including one Saturday that killed multiple Palestinian children.

Talks of a ceasefire are now underway, though the IDF says nothing is yet final.