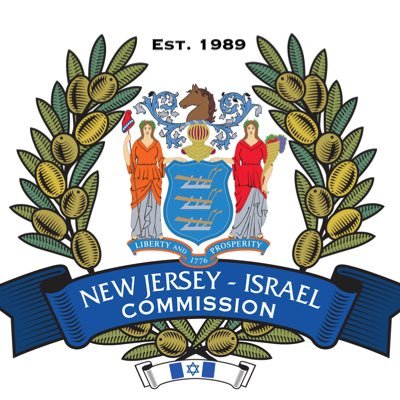 New Jersey Governor Phil Murphy and the New Jersey–Israel Commission on Thursday announced strong and sustained levels of economic growth between New Jersey and the State of Israel between 2020 and 2021.

Despite a turbulent period caused by the global pandemic, significant increases in bilateral trade and investment are reflected in newly released data from the New Jersey Economic Development Authority (NJEDA). The figures show that New Jersey’s relationship with Israel is not only creating economic opportunity, but fortifying New Jersey’s innovation economy and positioning the state as a national leader in attracting investment from Israel.

“I am excited to see the overwhelmingly positive results of our efforts to deepen our economic relationship with Israel, its business leaders, and its people,” said Governor Phil Murphy. “Since my first trip to Israel as Governor in 2018, trade has increased significantly, with Israeli businesses opening up shop in New Jersey, universities forging new partnerships, and exports and imports quickly increasing. This reflects the great work of the New Jersey-Israel Commission, the NJEDA, Choose NJ, and many other partners in our vision to grow our state’s innovation economy.”

“Israel is proud of its relationship with the great state of New Jersey, showing meaningful collaborations pay off for all sides, with a focus on bettering the lives of everyday people,” said Ambassador Asaf Zamir, Consul General of Israel in New York. “The increase in economic relations between Israel and New Jersey is not only natural, but it shows why people-to-people relations needs to be a priority.”

2021 reinforced New Jersey-Israel economic ties with a year-to-year increase in both trade and Foreign Direct Investment (FDI). As both metrics rebound from the economic shock of the pandemic, it is clear that the bilateral relationship between New Jersey and Israel is as steady as ever.

Additionally, the new economic statistics point to a trend of growth with Israel that has emerged since the beginning of the Murphy Administration in 2018 through 2021:

The increases in overall trade along with sustained investment continue to demonstrate the strength of New Jersey-Israel economic relations and sustained growth over the past four years alongside global economic recovery following the COVID-19 pandemic. Israeli investments into New Jersey also showcases the Garden State as a focal point for innovative Israeli products and companies entering the U.S.

“These new and exciting figures reaffirm the strong impact that Israel is having on our state economically,” said Karin Elkis, Co-Chair of the New Jersey-Israel Commission. “I commend Governor Murphy, Secretary Way, and this administration’s leadership in ensuring that our relationship with Israel continues to grow and create enormous benefits.”
“Today’s report is an outstanding achievement for our state and reflects the importance of the New Jersey-Israel business and trade relationship,” said Mark S. Levenson, Co-Chair of the New Jersey-Israel Commission. “As our economic ties expand together and connect hubs of innovation, the people of both New Jersey and Israel will continue to reap major benefits.”

“Our strong partnership with Israel is helping create huge opportunities for New Jersey including investment and job creation in key industries,” said Andrew H. Gross, Executive Director of the New Jersey-Israel Commission. “While these numbers are substantial, this Commission looks forward to working with our partners as we strive even further to expand bilateral economic relations and promote the Garden State in Israel.”

“Increased trade and investment flows are a testament to the enduring strength of the New Jersey-Israel relationship,” said Wesley Mathews, President & CEO of Choose New Jersey.

“Choose New Jersey led a fourth consecutive mission to Israel in 2021 to strengthen economic ties and build on Governor Murphy’s visit in 2018. Our visits have paved the way for several Israeli businesses to open or expand their footprint here, for New Jersey companies and universities to collaborate with Israeli counterparts, and we look forward to exploring additional opportunities for shared growth and innovation.”

“The People of New Jersey provide the warmth and spirit of camaraderie that make Israelis feel at home, and we are so gratified to see how the latest economic data confirms just how strong the bond between our two states really is,’ said Anat Katz, Israel Economic Minister to North America. “Israelis across the political spectrum are committed to supporting this inspiring relationship going forward, and we cannot wait to see how this friendship continues to flourish in the years to come.”

As the world continues to face uncertainty, the New Jersey-Israel Commission says it remains committed to promoting our state’s key relationship with Israel to foster innovation, investment, jobs, and business opportunities across critical industries.