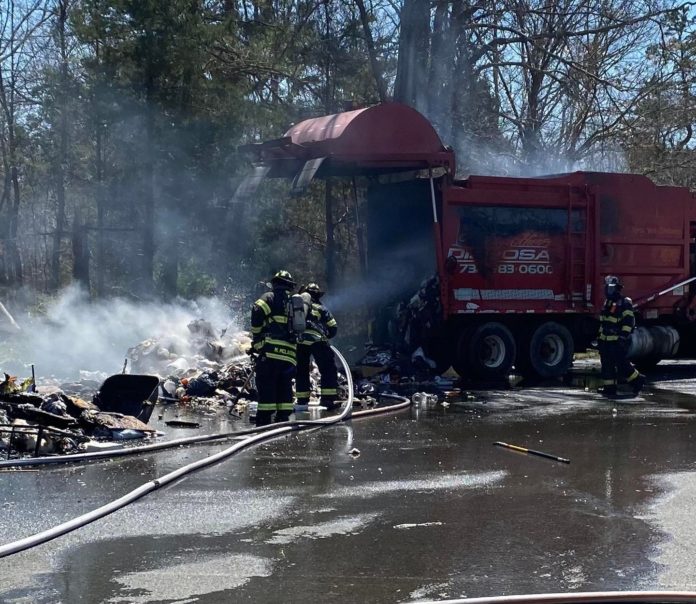 Early Thursday afternoon, Station 57 was dispatched, along with District 3’s Station 55 to a reported garbage truck on fire in Whitesville’s first due area.

Crews arrived quickly to find the truck’s contents on fire. The operator of the truck managed to dump the majority of it into the parking lot that it was in.

Crews stretched and operated two lines and established a positive water source from a nearby hydrant.

The crew from our Miller Avenue Station, Station 56, responded automatically with manpower and was assigned to check the business for any possible extension with none being found. They were then reassigned to assist with the overhaul.

NJFF was also assigned to check the nearby wood line as the wind was carrying embers in that direction.

A backhoe from a nearby business was brought in to assist with pulling the remaining load from the back of the garbage truck and assist in pulling the load apart for final extinguishment.

The Fire Bureau conducted the origin and cause investigation.

Crews cleared the scene within an hour and returned to their quarters to prepare for the next run. 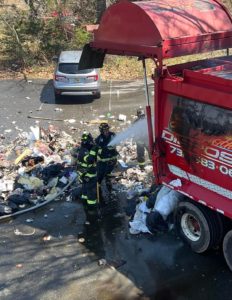 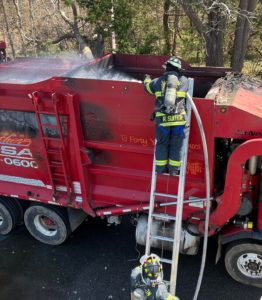