FORMULA CRISIS: What Are Your Options? 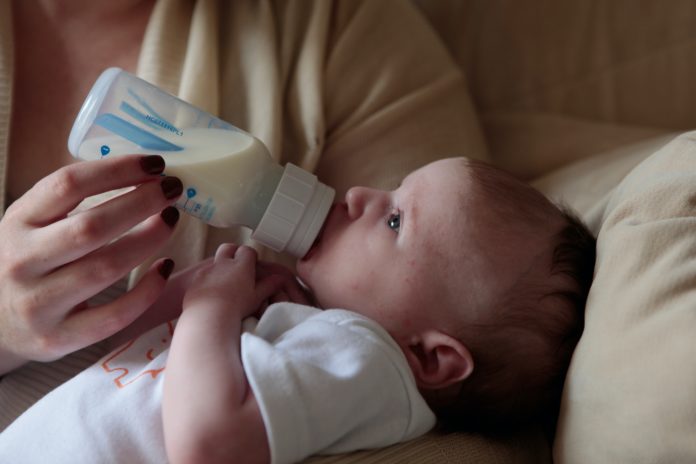 With the formula shortage crisis raging, some parents are looking for options besides running around to store after store in search of sustenance for their infants. Some options parents are resorting to are good. But others, well, they might sound good, but they really are not.

There are various places online that are giving tips and instructions on how to make your own formula at home. Don’t do it. Baby formula may seem pretty straightforward, but the blends are actually quite complex so as to provide the child with the necessary nutrition. You will almost definitely not be able to accomplish that.

Baby formula is dense with proteins, fat, vitamins and minerals – many of which you can’t get your hands on. Making your own formula simply won’t do the trick.

Diluting Formula You Already Have

Don’t do this either. Watering down formula so that your supply will last longer is a terrible idea, doctors say. As noted before, infants need specialized nutrition. Formula can provide that nutrition, but not if you water it down. Your formula supply might last you longer, but it won’t do your child any good.

Using Cow Milk as an Alternative

Using regular cow’s milk as an alternative to formula depends on how old your child is and what your pediatrician recommends. For at least the first six months, specialized formula is very important. After that, it’s possible that your child will get enough nutrition by giving them cow’s milk, especially if they’re supplementing their diet with solids.

Always ask your child’s doctor before trying this.

A less drastic step many parents are taking is switching formula brands or mixes. This is generally not a problem, unless your child specifically requires a special diet. Most formulas are very similar and provide similar nutrition. Switching from one formula that is out of stock to another formula that is in stock should do the trick most of the time.

Restarting Your Own Milk Supply

Some mothers have wondered whether it’s possible to start nursing their infants after they’ve already switched them over exclusively to formula. It is possible, but it’s not too easy. There have been instances where mothers have been able to restart their own milk supply after stopping, but trying to do this would likely need the assistance of a lactation specialist.

So What Can You Do?

There are several options for parents desperate for formula. The most obvious one is to shop around. Some stores are better stocked than others. Parents who are desperate can also ask their pediatrician for help; they often have baby formula samples they can provide.

Parents can also try to obtain formula by ordering directly from the manufacturers or through stores other than groceries, like pharmacies. They often have the ability to obtain formula without the same obstacles that supermarkets contend with.

And, recently, Chessed of Lakewood launched an Emergency Formula Gemach to assist parents desperate for formula – especially hard to find ones.

What is Being Done About the Crisis?

The White House held a meeting on Thursday to discuss the ongoing crisis. Unfortunately, it doesn’t appear that any concrete steps were taken or that there’s much of a plan to address it.

The Biden administration declined to invoke the Defense Production Act as several senators have demanded to turbocharge the production of baby formulas, despite the nationwide stock being down 40%-50%, according to industry estimates.

Government officials said that more formula is being produced now than immediately after the shutdown of a key production facility over contamination concerns, but it isn’t known how long it will take to get the new stocks of formula onto shelves across the country.