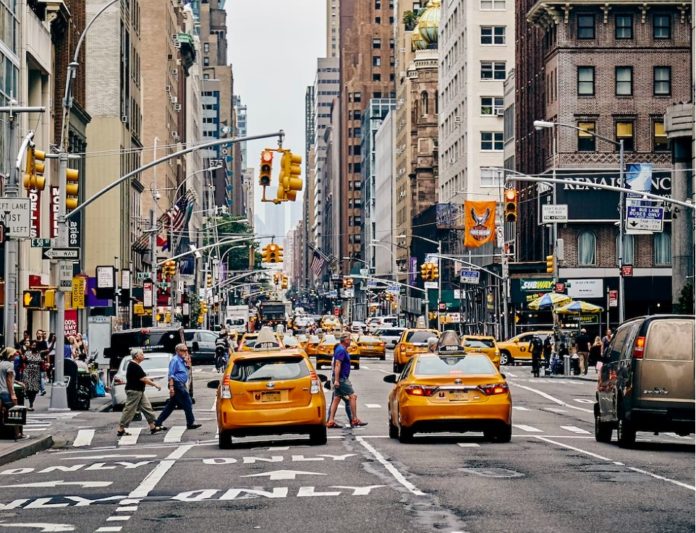 The Congestion Tax would cost Jersey and New York drivers up to $23 dollars a day — more than $5,000 a year — on top of the already far-too-high $16-a-day tolls for our bridges and tunnels, to drive to work or visit New York City south of 60th Street. No revenue from the Congestion Tax goes to support NJ Transit, PATH, or New Jersey in any way, unlike the shared Port Authority tolls.

The bipartisan Anti-Congestion Tax Act will:

The MTA received $15 billion in federal COVID dollars and receives approximately $2 billion annually from the federal government. Yet, the MTA’s woeful mismanagement and lax enforcement of fare collection has led to a $2 billion budget deficit.

“New York City and the MTA are playing Russian roulette with their economy, and are willing to stick it to all of those hard-working commuters from Jersey, the outer boroughs, and the New York City suburbs, like my friend Congressman Lawler represents, with their absurd $23 a day Congestion Tax plan. A plan that, by the MTA’s own admission, won’t reduce congestion or pollution – in fact, it will increase both, including right here in Fort Lee, and, as the MTA put it, will disproportionately impact low-income drivers.” said Congressman Josh Gottheimer. “Just read MTA spelled backwards and it tells you exactly how the MTA looks at New Jersey, outer borough, and other suburban New York drivers right now: as their personal ATM. Enough is enough.”

“For too long, Hudson Valley commuters have gotten the short end of the stick. With reduced service, no one-seat ride for Rockland County residents, and subways that have become increasingly dangerous, it’s no wonder that ridership is down as more folks commute into the city by car or by telecommuting. Which is why congestion pricing, a ludicrous tax grab by the country’s most mismanaged authority, should be stopped dead in its tracks. Today, I’m proud to stand with Congressman Gottheimer as we reintroduce this bipartisan piece of legislation to prevent the MTA from taking any more money out of the pockets of commuters who have no choice but to travel by car. Billions of dollars of waste, fraud, and abuse exists at the MTA. Where did that money go? Until they get their house in order and stop this cash grab, they shouldn’t get another dime in capital grant money,” said Congressman Mike Lawler.