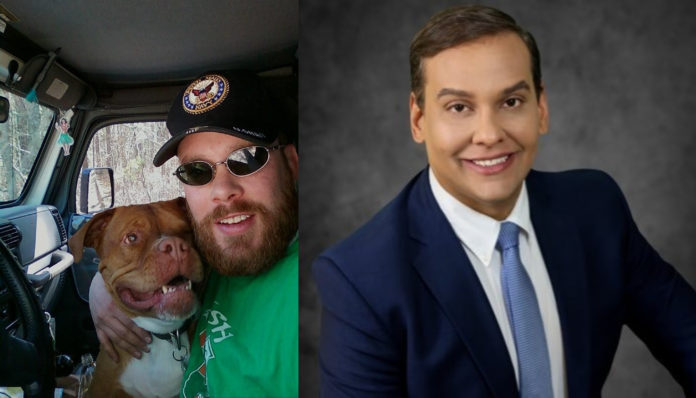 Newly elected Republican Rep. George Santos of Long Island has already admitted lying about his life experiences and false aspects of his resume – including about being the grandson of Holocaust survivors (he’s not Jewish nor was his family in Europe), working for Goldman Sachs and Citigroup (he didn’t) and many other lies, like his mother working in the Twin Towers on 9/11 (she wasn’t even in the country).

Santos is now being accused of having scammed a homeless veteran who was camped out in Howell several years ago.

Richard Osthoff is a Navy veteran who was living in a homeless encampment in Howell in 2015 when he met Santos – when the now-congressman was going by the name Anthony Devolder. Santos promised to help him raise funds for his ailing dog, Sapphire, and launched a GoFundMe campaign to help pay for its medical expenses and pledged $3,000 towards a surgery the dog needed.

He even used the name “Anthony Zabrovsky” on his GoFundMe page because he thought it sounded Jewish and “the Jews will give more if you’re a Jew,” according to a former friend of Santos.

The biggest problem is that Santos is accused of having never followed through. The dog had to be put down several months later.

Santos now claims the story is “fake” and he has “no clue” who Osthoff is. But based on his past lying, he’s already lost the benefit of the doubt.