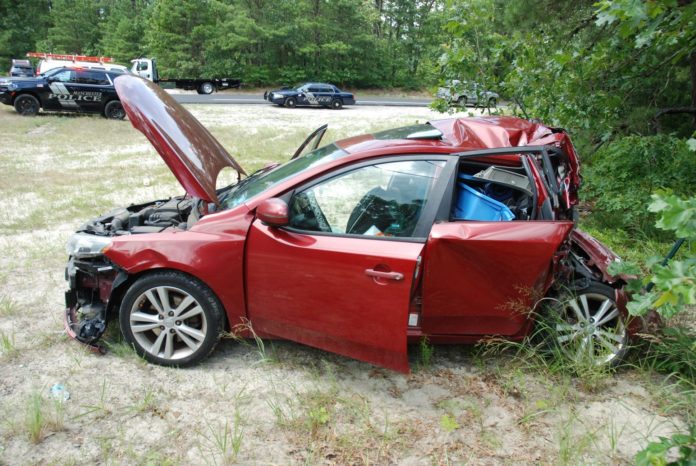 Officers from the Manchester Township Police Department responded to the intersection of County Route 539 and Horicon Avenue on Monday to investigate a motor vehicle crash involving four vehicles, including one dump truck.

Upon arrival, officers observed a heavily damaged 2011 Kia Forte approximately 40 feet from the roadway facing west in the northbound shoulder of County Route 539 with the operator still trapped inside the vehicle. A 2010 Toyota Prius was also observed facing south, partially in the southbound lane of County Route 539, with extensive damage to the front end and driver side.

Two additional vehicles were also found with disabling damage, identified as a 2000 Peterbilt dump truck facing south on the southbound shoulder of County Route 539 with front end damage and a 2014 GMC Savana work van facing east on the eastbound shoulder of Horicon Avenue with driver side damage.

The driver of the Kia, 39-year-old, Grace Newchurch of Toms River, NJ, was initially trapped inside the vehicle but emergency responders were able to free her. She was subsequently transported via Manchester Township Division of Emergency Services Ambulance to Jersey Shore University Medical Center in Neptune, NJ, for treatment and evaluation of her injuries. She is currently listed in stable condition.

The driver of the Toyota, 67-year-old, Anthony Foti of Ogdensburg, NY, was transported via Manchester Township Division of Emergency Services Ambulance to Community Medical Center in Toms River, NJ, for treatment and evaluation of non-life-threatening injuries. The
operator of the dump truck, 57-year-old, Noel Rivera-Gonzalez of Sayreville, NJ, and the operator of the GMC, 42-year-old, Steven Greenberg of Forked River, NJ, did not report any injuries as a result of the crash.

County Route 539 was partially closed causing traffic delays while officers conducted the
investigation. The investigation into this crash is still ongoing, but at this point, following too closely and driver inattention appear to be the primary contributing factors. 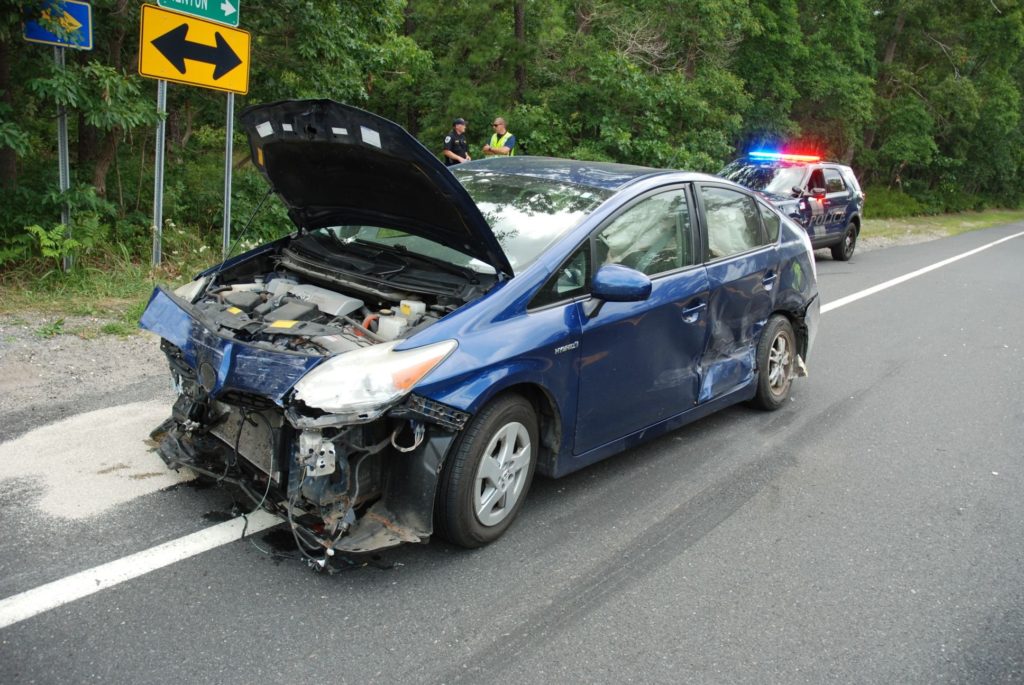 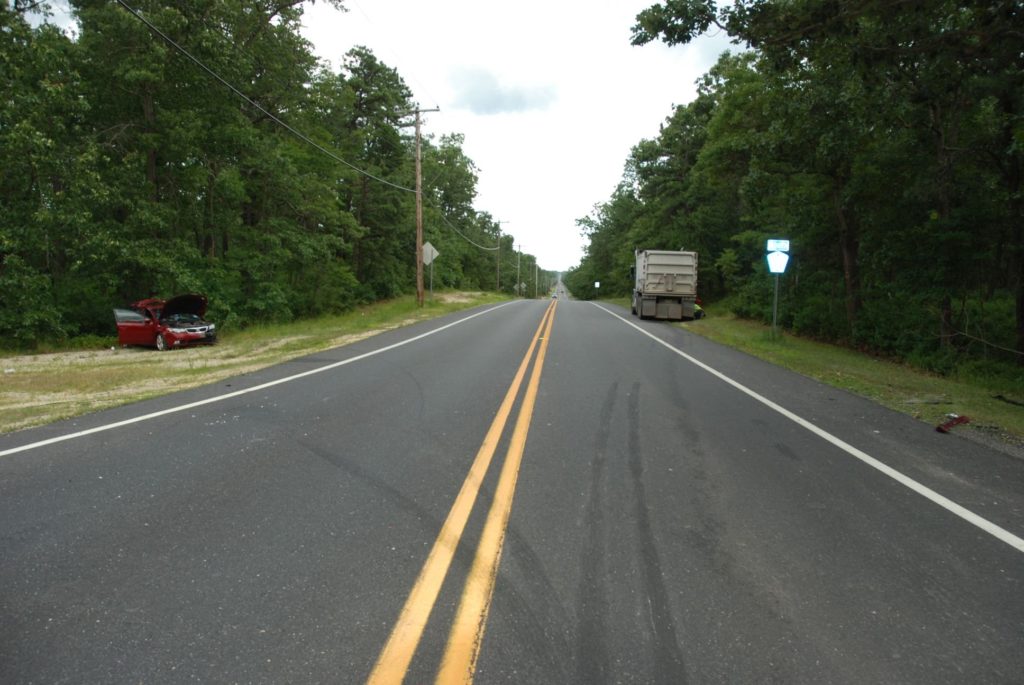